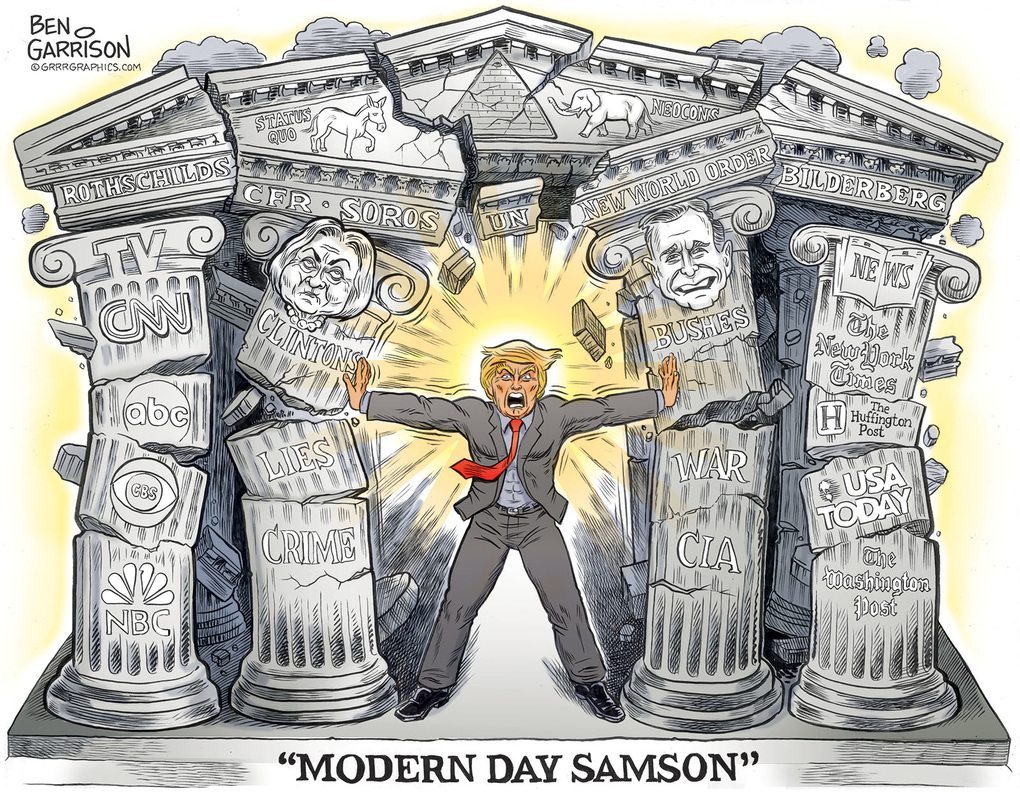 Trump has removed all doubt about who’s really running the show. It ain’t us. It ain’t the American people. It’s the globalist entity. Those snakes have just been driven out of their holes due to their frantic effort to get Hillary elected. Patriots who were once reviled as ‘conspiracy nuts’ have been proven to be right. They are no longer conspiracy ‘theories.’ They’re REAL conspiracies, and they’re being conducted by criminals.

There was plenty of evidence that should have destroyed Hillary’s candidacy even without the WikiLeaks. Those leaks only confirmed what we knew. The elite own the mainstream media, most politicians, and even the FBI. Now that they know that we know, they are going for the throat. They want Hillary in there at all cost so they can continue their evil plans. Those plans include the destruction of the middle class through open borders. They include gun control and eventual confiscation. They include the destruction of free speech on the Internet. They include a police state and enslavement of the American people.

The existence of a shadow government has finally been confirmed. We are their citizen cattle. We are constantly lied to. Hillary enjoys using a technique known as “gas-lighting.” Here is an excerpt from Wikipedia:

Gaslighting or gas-lighting is a form of psychological abuse in which a victim is manipulated into doubting their own memory, perception, and sanity. Instances may range from the denial by an abuser that previous abusive incidents ever occurred up to the staging of bizarre events by the abuser with the intention of disorienting the victim. Sociopaths and narcissists frequently use gaslighting tactics. Sociopaths consistently transgress social mores, break laws, and exploit others, but typically are also charming and convincing liars who consistently deny wrongdoing. Thus, some who have been victimized by sociopaths may doubt their perceptions.

Hillary will lie to our faces and expect us to swallow it every time. She’s a sociopath. In an interview she was asked if she has ever lied to the American people. Here’s her reply:

The fact that Trump is an outsider and a threat to the globalists helped cause them to further expose themselves. They thought they were omnipotent, but an outsider has caused the gas-lighted populace to snap out of it. We’re awake and we’re angry. If the oligarchs try to steal the election, we’ll be even angrier.

Trump is our last chance. He can help cause their criminal enterprise to start crashing down. Trump is a modern day Samson.
​