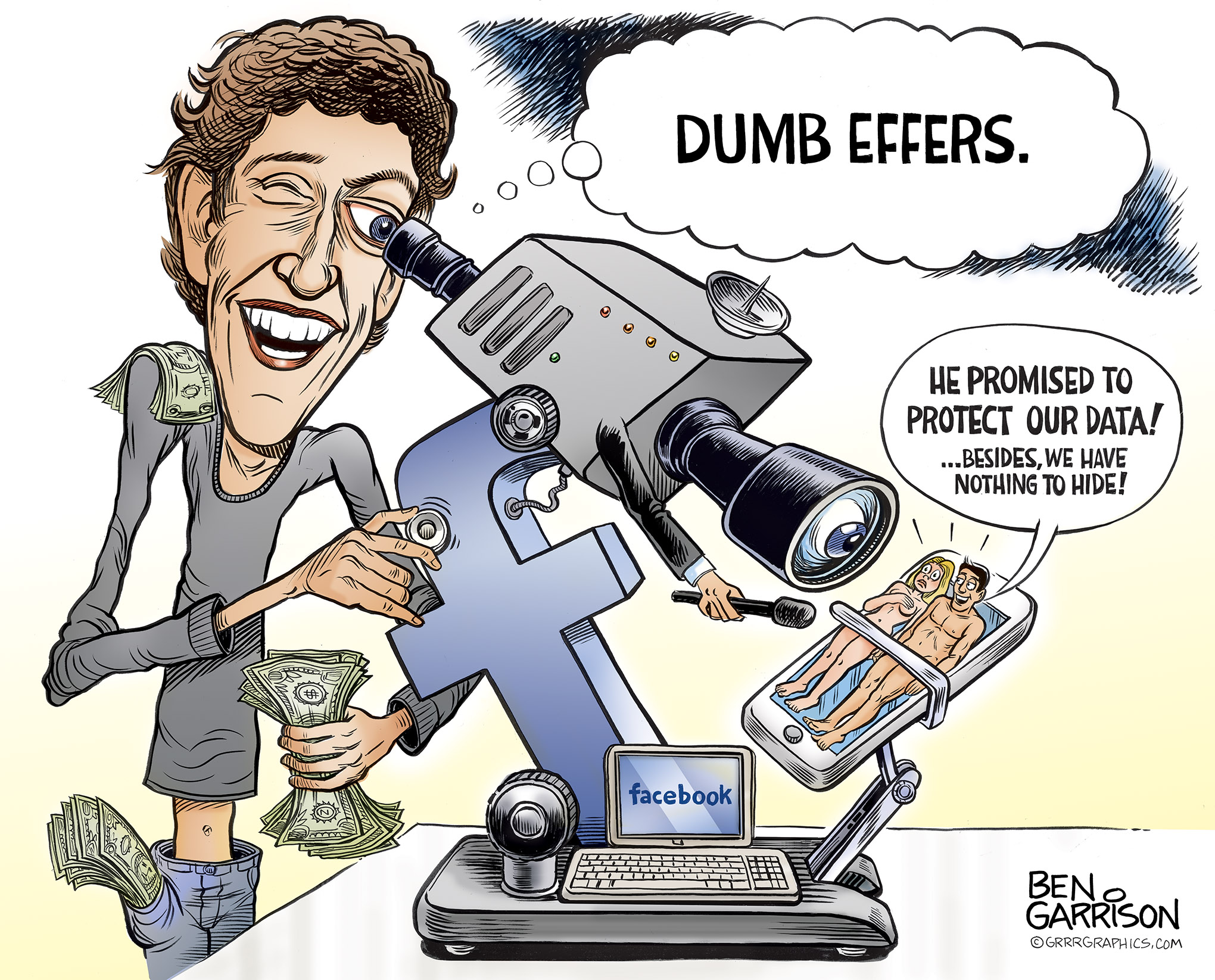 Mark Zuckerberg, the pencil-necked billionaire, once called his Facebook users “dumb effers.” Only he didn’t use the word “ effers”.

He later apologized, but his statement underscored the contemptuous mindset he and the secretive intelligence agencies have toward the citizen cattle, whose data, privacy, and rights are there to be shorn for profit and power.

Zuckerberg again apologized for a Facebook executive’s leaked memo that revealed the company prioritized growth and profit even at the expense of user safety or loss of life.

Zuckerberg has been called ‘the face of neocolonialism’ by Hawaiians. He owns an opulent complex inside 750 beautiful acres there and wants to build a wall around it all to protect his precious privacy. His Facebook users are allowed no wall or privacy. They’re there to be abused for money and power by Zuckerberg and the CIA. At his Palo Alto residence, he bought up four neighboring homes worth $30 million and had them all demolished. Why? He wanted his privacy. Apparently privacy is very important to him. It’s a right he smugly denied his Facebook users, who are spied upon with cameras and microphones. Their every movement and purchase is tracked. 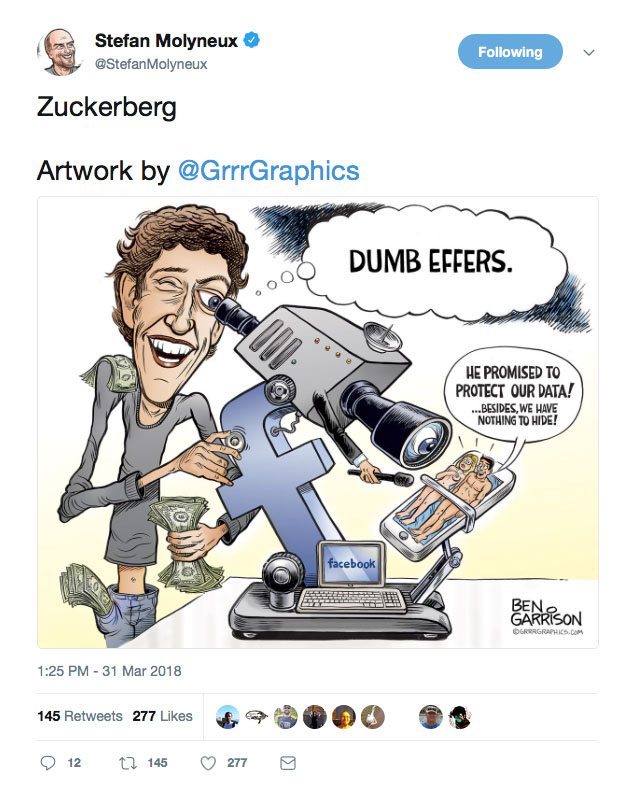 The sloppily dressed CEO loves China and has eagerly kissed the communist dragon’s butt in order to get Facebook in use there. If it takes bringing Chinese censorship here to make that happen, so be it. The Chinese ‘social credit’ system, where citizens are allowed to travel only if they’re in good standing with their communist masters is probably a system that will come to America too if we don’t remain vigilant. Maybe the ’no fly list’ proves it’s already here. It’s certainly already in existence in Great Britain where Laura Southern was refused entry simply because they didn’t like her politics. All political posts on Facebook are stored. Permanently.

The electronic net of tyranny is already here and it’s growing larger. Mark Zuckerberg is helping to cast that net.

Support Ben’s caffeine habit! Thank you for the support!