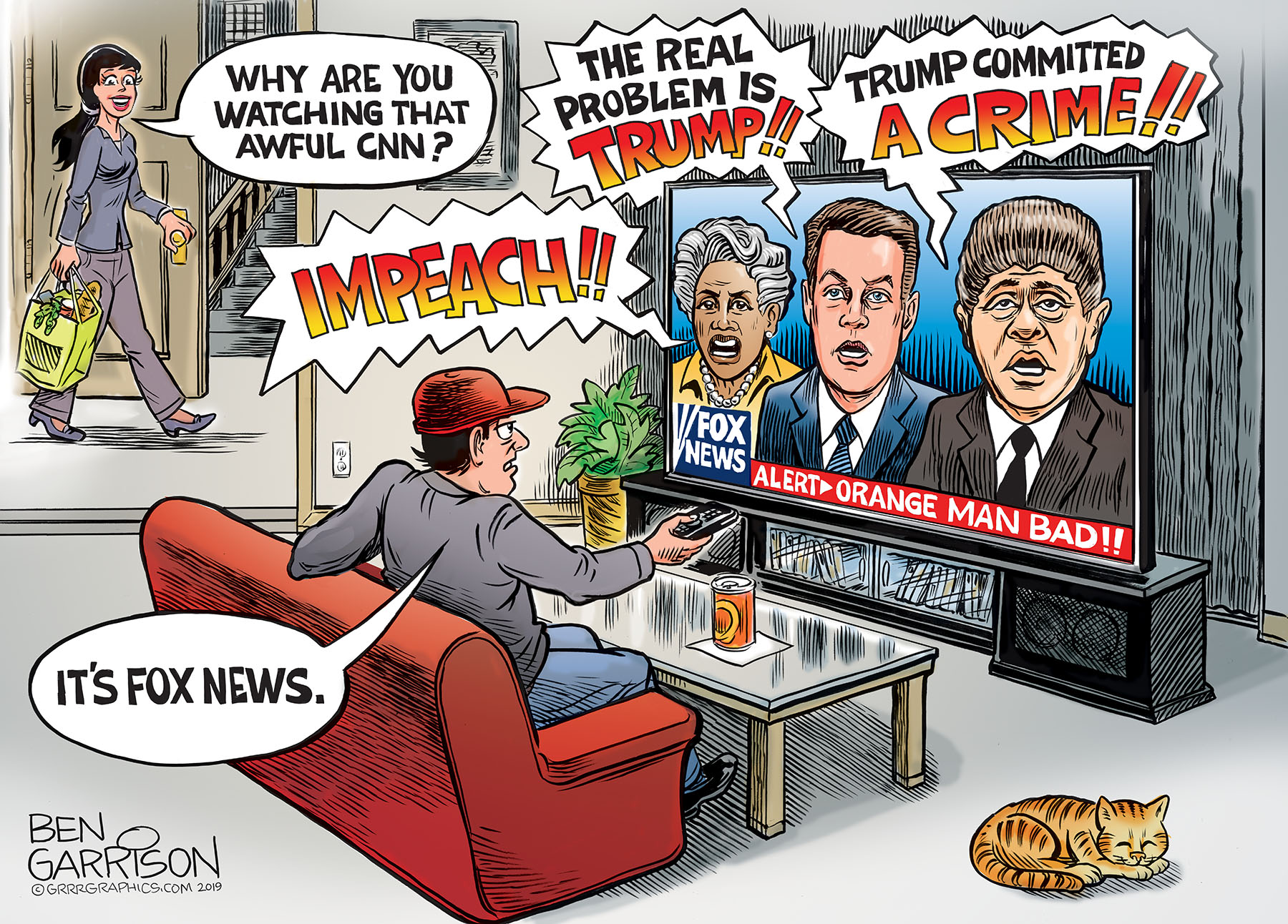 I watched Trump’s press conference the other day and he vigorously put an end to the grandstanding by reporters who wanted to endlessly harass him about a non-existing event.

The president was doing his job when he asked the Ukrainian president about preventing corruption, but the Democrats and their media continue to lie. They are probably worried that further investigations into Ukraine might reveal just how corrupt Joe Biden is as well as Adam Schiff’s involvement in the scandal. Obama and even Mitt Romney could be implicated as well.

I watched a bit of Fox News after the conference and I was surprised that Sheppard Smith trashed the president. I thought I was watching CNN for a moment. So I decided to draw this cartoon. 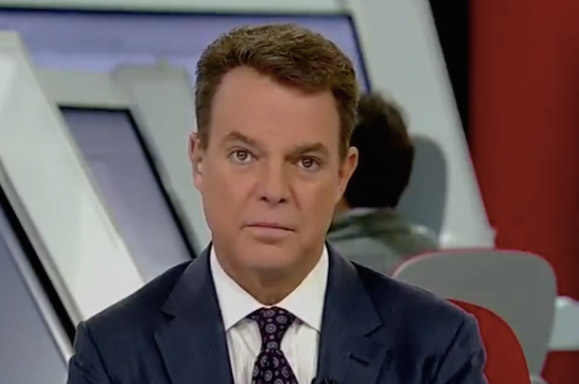 Fox already hired Donna Brazile, who has called for Trump’s impeachment to ‘save our democracy.’ Judge Andrew Napolitano, whom I once greatly admired, continues his backstabbing against a president he once supported.

The so-called mainstream media may as well be the Democrat media. They repeat the same assigned catchphrases and talking points and they’re all aligned in trying to take down a president who is only trying to do his job. Even The Drudge Report has turned critical lately.

One has to wonder if the Deep State is working overtime to make sure all major media arms march in lockstep against President Trump. They’re already doing their best to remove conservative voices from the Internet. In this manner they hope to try again to rig the election and get one of their own elected. It will probably be Hillary, who is the Rigger in Chief.

CHECK OUT BEN’S PICKS FOR YOU!  MAKE A PURCHASE AND SUPPORT OUR WORK.