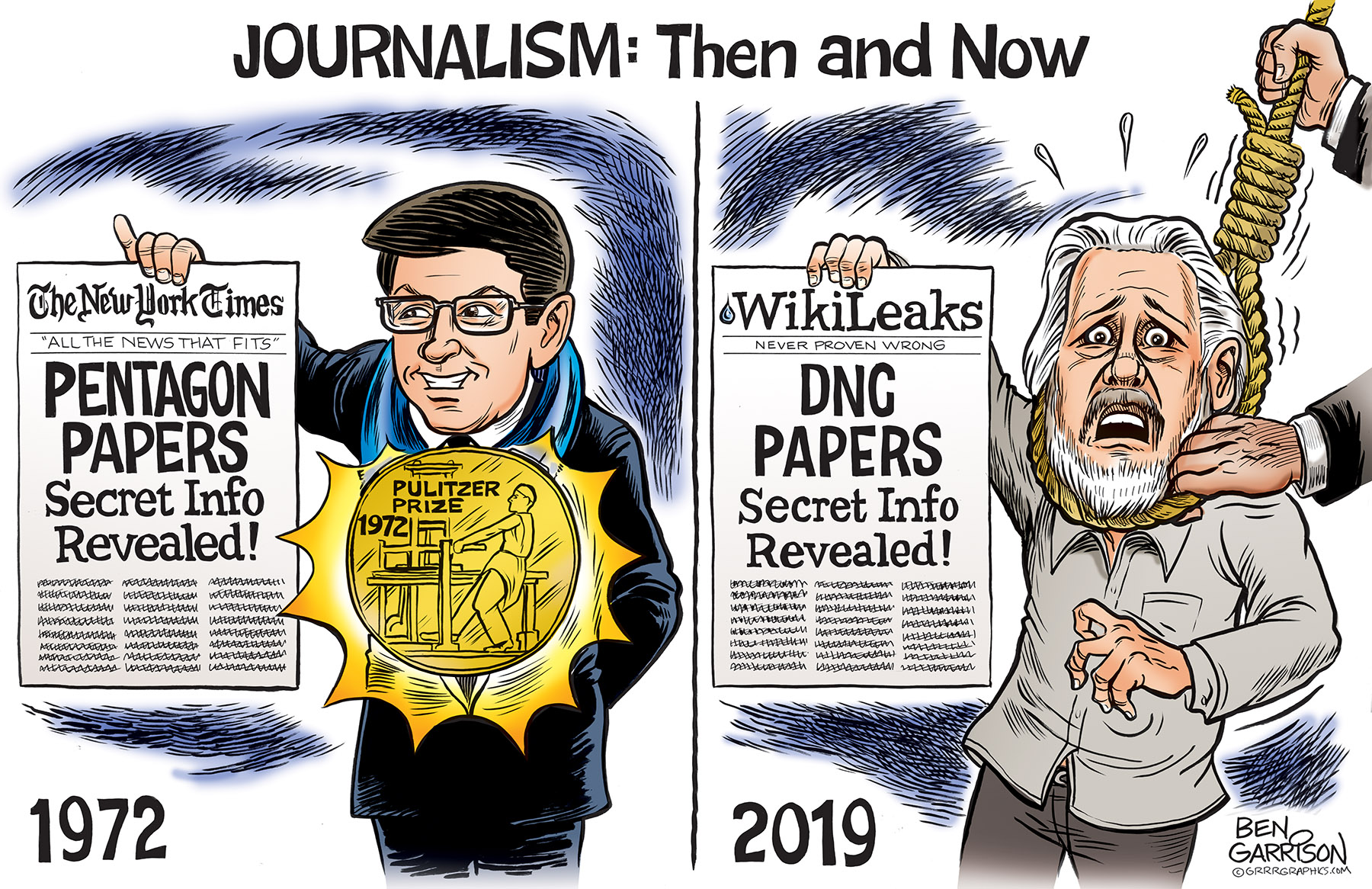 The film portrayed him, his reporters, and the owner of The Washington Post as heroes for publishing secrets from the Pentagon Papers — despite Nixon’s threat of legal action. The movie mostly snubbed The New York Times. After all, it was the Times who broke the story—and they won a Pulitzer Prize in 1972 for their effort—but for some reason the movie centered on the Post.

Regardless, journalism has changed considerably since then. Newspapers have encountered drastic reductions in advertising and readers. Newspapers also cut back on investigative journalism due to its expense and tendency to attract lawsuits. It was easier for newspapers to play it safe and run politically correct, homogenized, canned material. Their lack of risk taking contributed to a further decline in readership.

Television news has also lost its credibility. Corporate media on the boob tube are handed talking points by the Deep State, the CIA, and the globalist forces. The talking heads are no longer journalists—they’re puppets paid to parrot scripted talking points. It’s why we often hear them spouting their propaganda slogans all at once, most recently the phrase ‘we’re in a Constitutional crisis!’ which was repeated by all of them after the Mueller Report flop.

Real investigative journalism now takes place on the Internet. Many of the journalists there toil for little or no pay as they receive harassment, de-platforming and even death threats. Whistleblowers are no longer rewarded but instead threatened with jail time. Obama was infamous for cracking down on whistleblowers.

The corporate media think they get to decide who are journalists and who are not. They claim Assange is not a journalist, but they’re wrong. His work is no different from what the New York Times did 50 years ago. They won Pulitzer Prizes, while Assange wins jail time and even the threat of execution. We know that Hillary, the bloodthirsty butcher of Gaddafi, wanted a drone to execute him at the Ecuadorian embassy. She and her Deep State want him silenced—perhaps permanently.