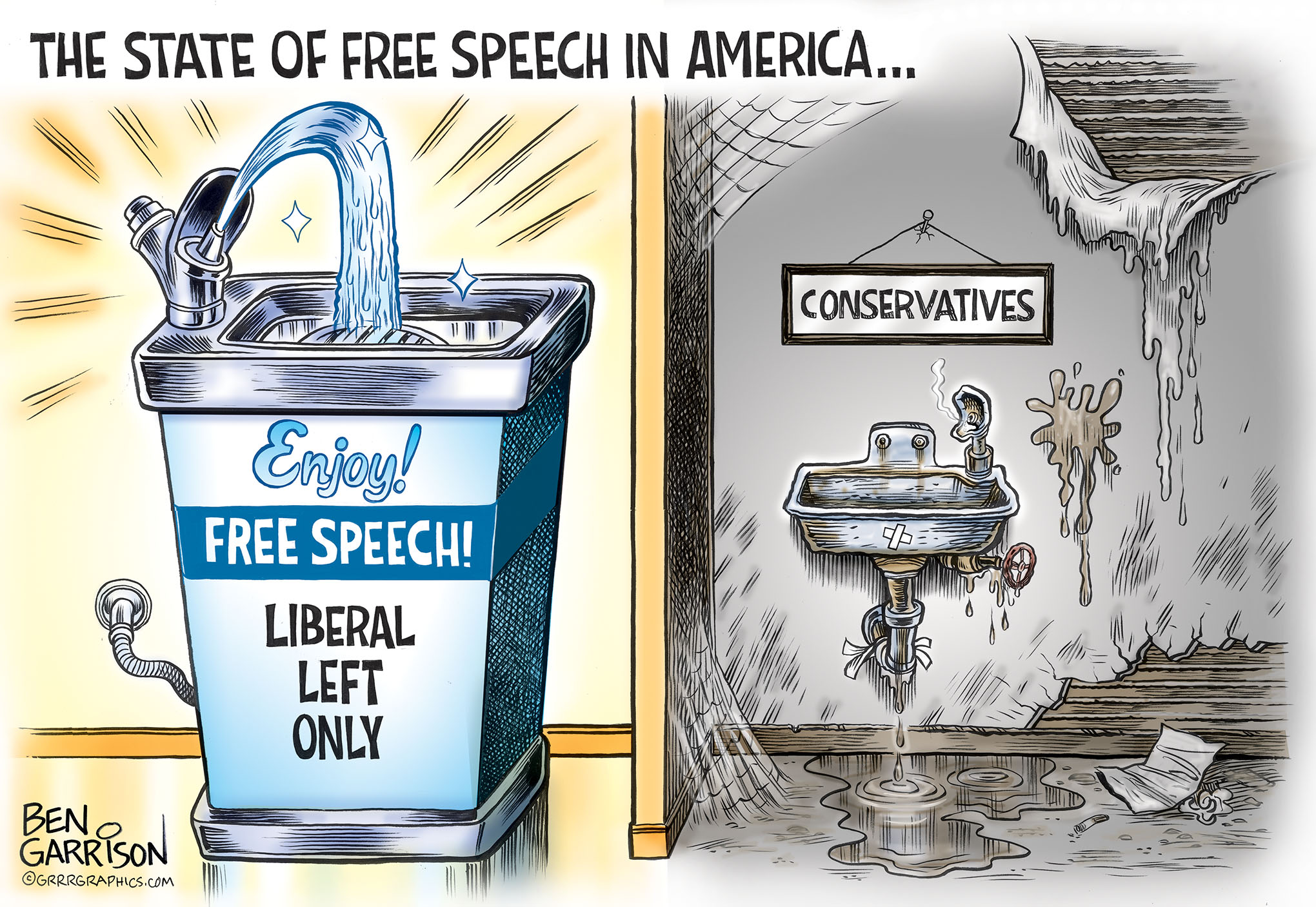 UPDATE:  The Alex Jones show is now banned from You Tube, Apple, Spotify and Facebook as Far Left Social Media Giants continue the purge of dissenting voices from the Left’s failed narratives.

He was offered no reason for the shutdown, but by now the reason has become all too obvious. Social media is controlled by the globalist left and they want to control what people see and think. Shutting down conservatives is part of their agenda. Milo Yiannopoulos was one of the first to be banned. His offense? He made fun of a black actress for her performance in a ‘Ghostbusters’ remake. Someone’s feelings were hurt? Anything interpreted by the left as ‘offensive’ is enough reason for the left to silence conservatives.

A few years ago Charles “Chuck” Johnson, who operates ‘WeSearchr’ with Pax Dickinson, told me it would be a matter of time before my Twitter account was shut down just like his was. I don’t consider myself to be part of the ‘alt right,’ but that doesn’t matter. The left has lumped me in with them anyway. The Deep State left calls the shots. They don’t give two shakes about the First Amendment.

We once reached 500,000 people with a single new cartoon posted on FaceBook. Now we’re lucky to reach a few thousand. On Twitter, I have been shadow banned. We have over 126,000 Twitter followers. We all know what has been happening on YouTube. Conservative voices such as Mike Adams have been shut down for no reason. The globalists are losing the argument and so they’re unceremoniously pulling the rights’ plug.

The latest tactic by the Soros-funded left? Starting lawsuits against those with whom they disagree. Alex Jones has millions of followers and so they’re attempting to shut him up by legal means. His crime? There was no crime. Alex Jones merely questioned some aspects of the Sandy Hook massacre. He didn’t deny children were killed; he only questioned the ‘official’ story. No matter, they are trying to silence him over hurt feelings. We must be able to question such events because false flags abound. Hurt feelings are no reason to silence citizen journalists on the right.

Those who made videos questioning the veracity of the ‘official’ Sandy Hook narrative have already been kicked off of YouTube. From the very beginning, James Tracy questioned the weird anomalies that didn’t add up. He was promptly fired from his tenured professorship at Florida Atlantic University. Just for questioning it he lost his job. (The university used some other technicality). His home was burglarized. His video and computer equipment were stolen.
Cartoons that are Politically Incorrect? we got them! Support at Patreon

No matter how popular they are, conservatives are getting demonetarized and banned from You Tube. Why does the left want Chinese style censorship? It is obvious they love communism and control. They demand tyranny and censorship.

I talked with an elderly woman the other day and she mentioned Walter Cronkite and what a great anchorman he was. It was my sad duty to inform her that he was a far-left globalist who prided himself as being at the right hand of Satan. He loved the U.N. and collectivist causes. He conducted ceremonies at the Bohemian Grove. Oh—but he looked like such a nice man! He sounded so credible and grandfatherly! Thus making him a perfect spokesman for the Deep State. Times have changed and people are waking up. Thanks to the Internet we can find the truth. That’s why the Deep State is now banning and burying conservative voices.