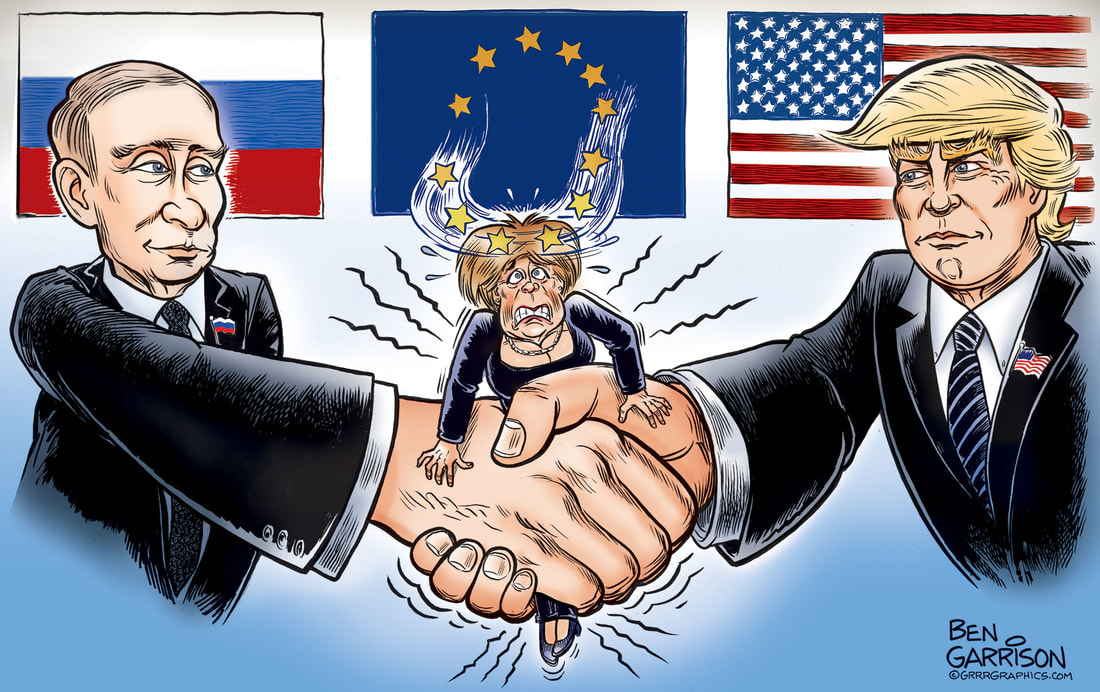 To me, the most memorable moment of the G-20 Summit was the handshake between President Trump and Russian President Vladimir Putin. There’s no reason for Russia and United States to be engaged in a new cold war. Or a hot war arranged by globalists and central bankers. President Trump showed that he’s quite capable of marshaling a foreign policy and protecting America’s interests. He made it clear that he placed America first by wearing an American flag pin on his lapel, rather than the G-20 pin. You can bet the constantly bowing Obama would have worn the latter pin.

German Chancellor Merkel, Hillary’s favorite world leader, represented the globalist interests which include endless immigration, socialism, and ‘climate change,’ which is being used to help bring about worldwide communism. Both Putin and Trump are resisting such immigration and global elite control as well as the climate change malarky. This makes them both ‘bad guys’ in the eyes of the fake news legacy media. A left wing reporter from the Australian Broadcasting Corporation smeared President Trump by stating he had ‘no capacity to lead the free world.’ Wrong. He’s just not going along with the globalist agenda–and that’s refreshing. Trump rejects bad deals and presidents from the past few decades have made way too many of them.

Meanwhile, German leftist antifa types rioted in the streets during the summit. What did they want? Completely open borders and free stuff, of course. Don’t agree with them? If you were on the streets there and disagreed, you could have expected assault and battery to come your way. There wouldn’t have been much help from the Polizei, either. This kind of violence is gaining traction here in America, too. Young people are getting socialism drummed into their brains at colleges everywhere. They’re encouraged by professors, the mainstream media, and by extreme political correctness to engage in violent behavior. They don’t want debate. They don’t want to agree to disagree with a handshake. They want socialism by means of force, even though the lessons of history have repeatedly proven that state sponsored ‘free stuff’ and forced equality always leads to poverty, suffering and mass murder.