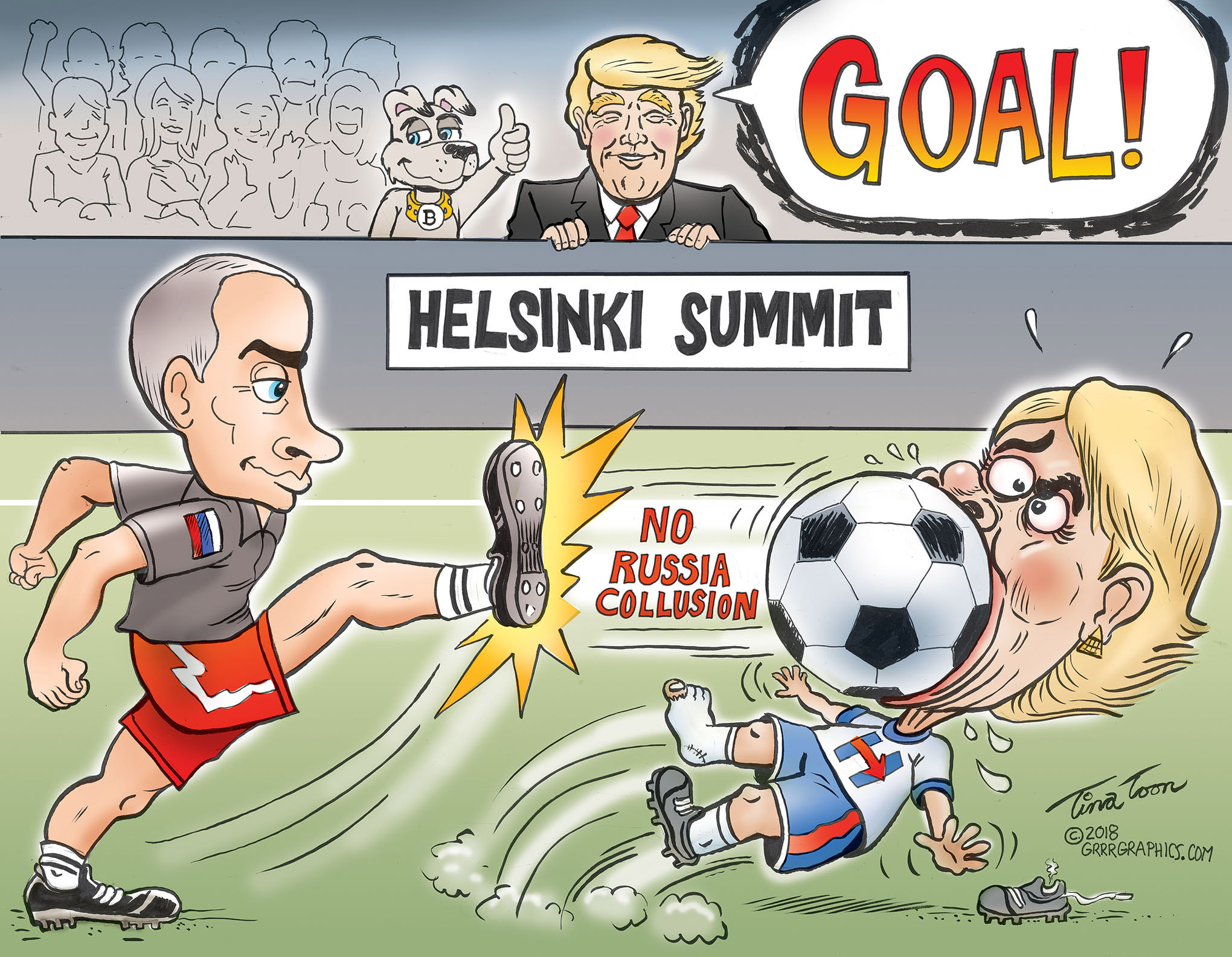 Why should America and Russia remain enemies? Because the globalist/central banker hegemony wants that.

The reality is there is no reason America and Russia can’t be friends. President Trump and Vladimir Putin both agreed their meeting was a success, but the legacy media representing the Deep State pronounced it an embarrassing disaster because Trump did not show ‘strength’ to Putin.

Hillary would have pushed her strength to cover her weakness and sparked a war with Russia—probably with a ’no fly zone’ in Syria leading to shooting down Russian jets because Russia wants to fight ISIS terrorists. Thank God she wasn’t elected. Her lie of ‘Russia hacked her election’ again has proven false. Again. The more the tall tale is disproven, the more the lefties cling to their lie. It’s all they have.

Mueller has no evidence, yet his witch hunt drags on. Meanwhile, Trump scores more victories.

Senator Rand Paul was one of the few voices of sanity, stating:

“I would say that this was significant diplomacy. It has to be that the neocons aren’t very happy because Trump sounded pretty reasonable. And I think Trump won on this. And I don’t think Putin was seen in a bad light. “

Original Art now available for Collectors. A one of a kind piece of Art By Tina Garrison, her Cartoon “RedWave” was retweeted by President Trump

Support RedWave cartoons at our support page- Every donation helps! 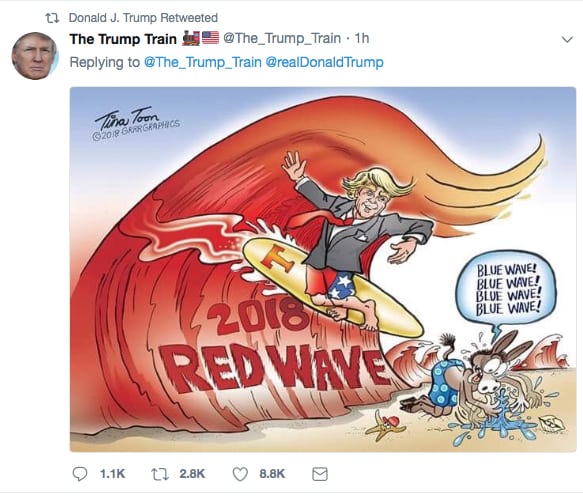