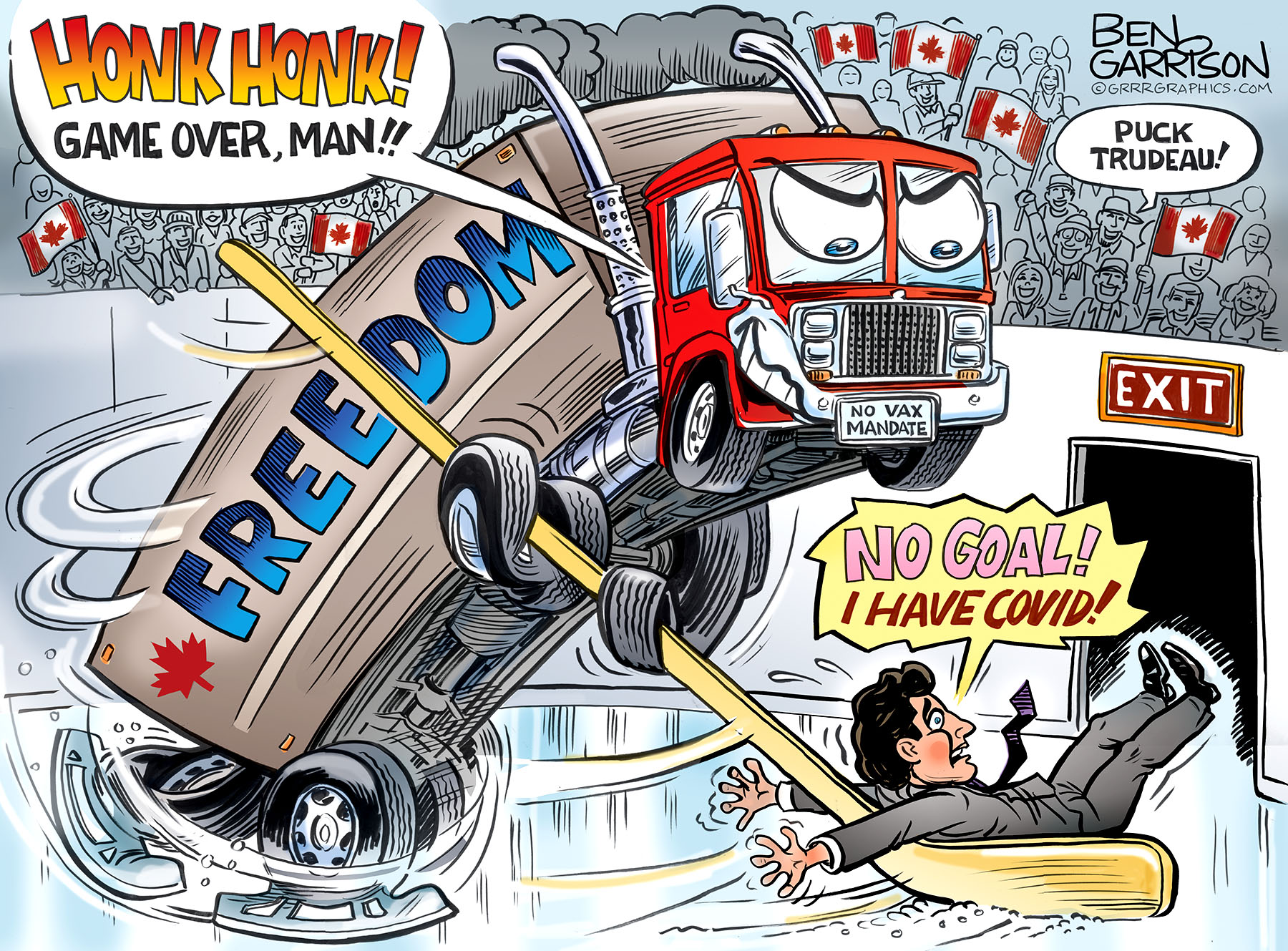 Canadian Prime Minister and triple-vaccinated (and boosted) Justin Trudeau managed to catch COVID-19 right before the massive trucker convoy arrived. What a coincidence.

Trudeau is now in hiding…er, isolation for two weeks. He now has an official excuse that prevents him from having to deal with the truckers surrounding Canada’s capitol city, Ottawa. Trudeau is a coward.He’s also a liar. He stated this: “I want to be very clear: We are not intimidated by those who hurl insults and abuse at small-business workers and steal food from the homeless. We won’t give in to those who fly racist flags. We won’t cave to those who engage in vandalism or dishonor the memory of our veterans.”The truckers have not dishonored anyone. Trudeau is the dishonorable one. The truckers have not stolen food or abused small businesses workers. The one person who flew a Confederate flag was wearing a full ski mask and he was chased away by those who spotted him as a ‘plant’ designed to discredit the protest. The Democrats did the same thing to discredit the Republican Glenn Youngkin when he was running for Virginia governor. As you may recall, the Democrats sent tiki torch-carrying people to his campaign. They were supposed to be ‘white supremacists,’ but were quickly doxxed as Democrats.

The corporate media, of course, was eager to discredit Youngkin, and now they’re out to demonize the protesting truckers in Canada. Do a Google search using the words ‘Ottawa’ and ’truckers’ and you will see the biased mainstream media all doing their very best to condemn the truckers. it’s sickening how the so-called mainstream media journalists have become globalist government bootlickers and lapdogs instead of watchdogs. My guess is that they’ll soon be calling the truckers ’terrorists.’

Trump is correct calling the mainstream media the “Enemy of the People.”

It’s not terrorism to resist a leviathan globalist government that wants to terrorize us into giving up our liberty.

Trudeau has already been put on ice. It’s now time for Castro’s bastard son to slide through the exit door of history.— Ben Garrison 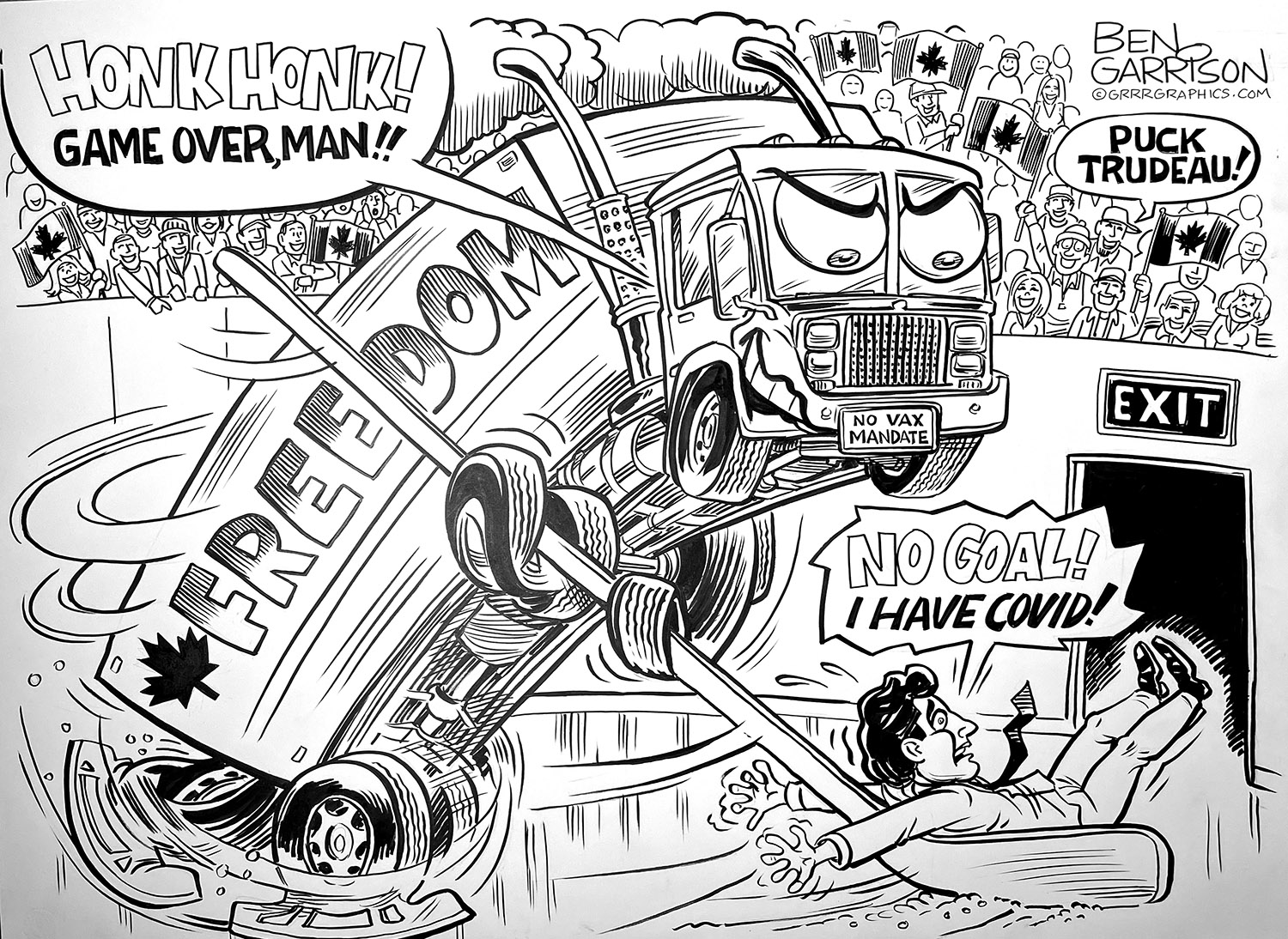 Support Truckers! Order Our New Shirt “TRUCK OFF TRUDEAU” Click to Order Yours!