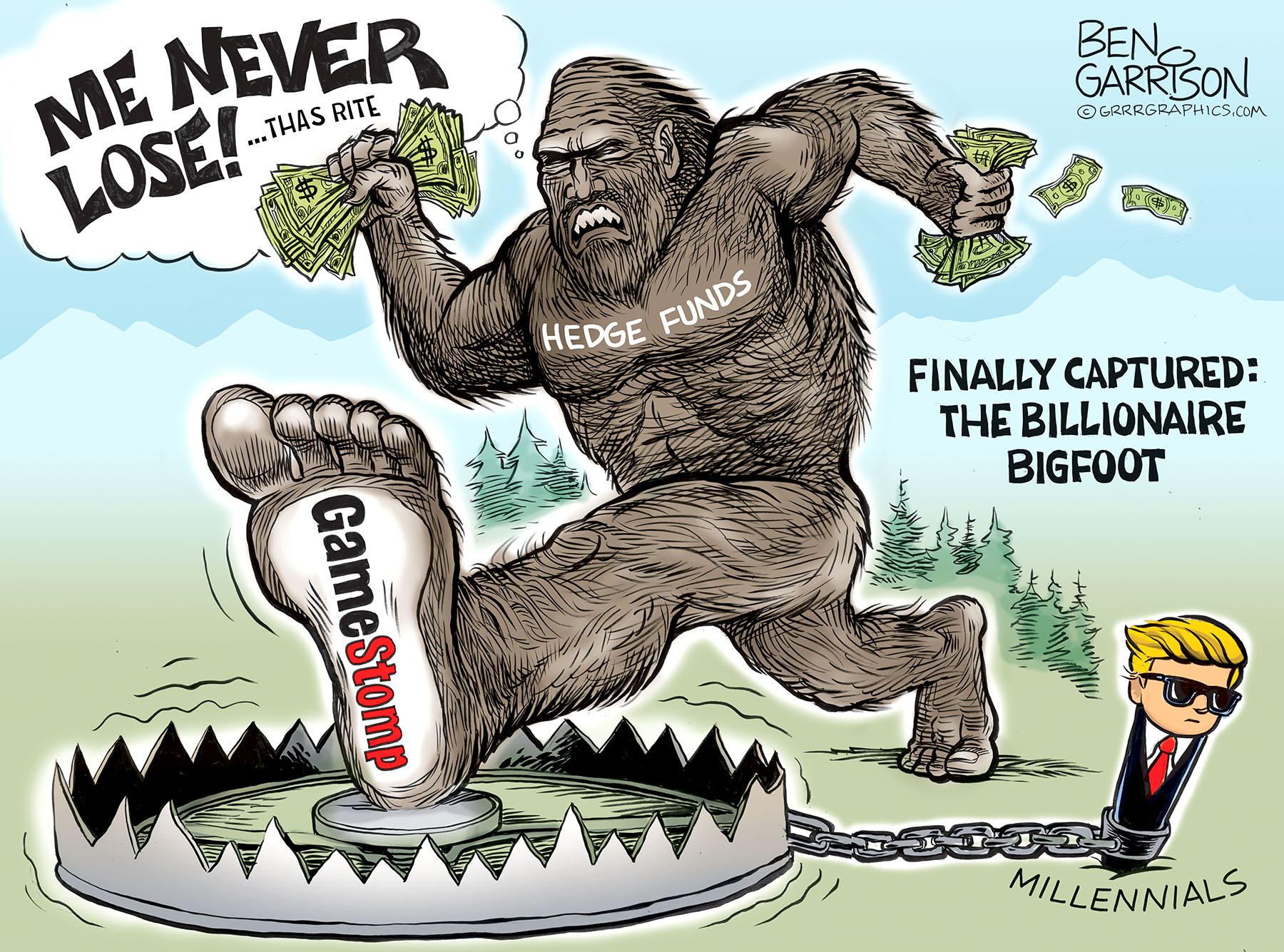 The big-footed hedge funds thought it would be easy as usual. They planned to stomp GameStop into the ground. They were so arrogant that they decided to sell short more shares than what existed in the stock’s float. This is known as ‘naked short selling’ and it’s illegal, but the law isn’t enforced. The SEC looks the other way. Wall Street is a big club run by mega-billionaires and they always win.Not this time. The billionaire shorts stuck their collective foot in a bear trap. It was set for them by an unlikely adversary: The younger generation. It’s a wondrous sight to behold. 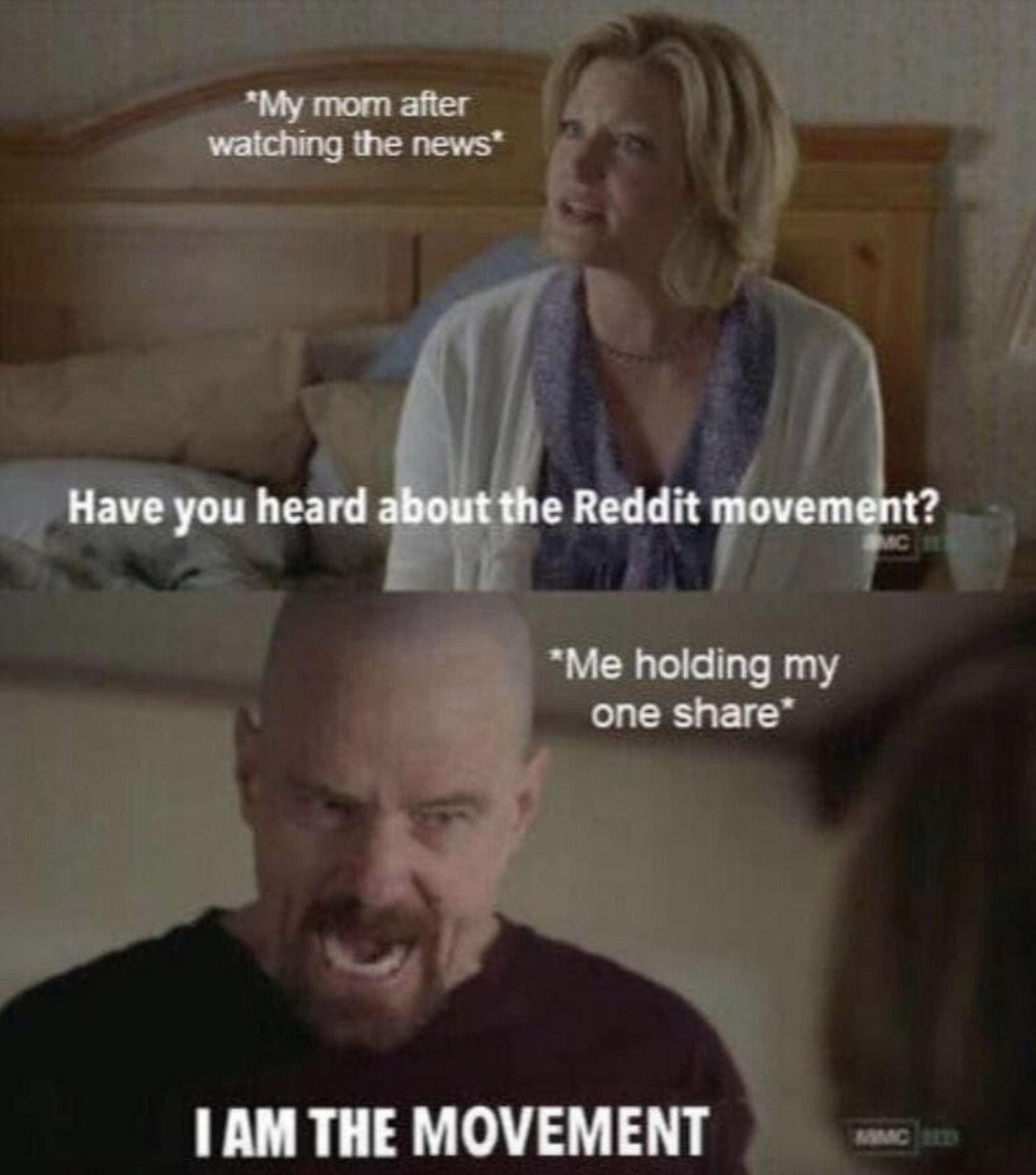 The millennials did nothing wrong. They broke no law. They followed the rules. On Reddit they encouraged each other to buy stocks that were getting stepped on by the billionaire hedge funds. They knew if enough people bought a stock such as GameStop, then the hedge funds would get trapped. That’s what has happened and now the billionaires are shrieking in pain. Their media is condemning what they call the ‘unethical’ behavior of the buyers. That’s a howler considering how the billionaire traders routinely conspire to manipulate stocks. Silver was driven down from nearly $50 in 2011 to $13 a couple of years later by JP Morgan traders who colluded and spoofed the futures trading on the COMEX. Silver could have had a run similar to BitCoin but instead the billionaires decided they didn’t want something to compete with their debt dollar. Big banks and hedge funds only suffer a slap on the wrist at best when they break the law.

Find @GrrrGraphics on GAB.COM Freedom Of Speech! No more Twitter, should be renamed “Snitcher”Now they’re blatantly breaking the law. Robinhood rewrote rules in midstream and actually halted all buying for GameStop to benefit the trapped hedge funds. Then Robinhood felt generous. The next day they allowed buying, but only 1 share per customer per day. Robinhood’s customers could, of course, sell as many shares as they liked. Some traders complained their long positions were liquidated without their consent. Robinhood was revealed to be in the back pocket of the billionaire hedge funds. Everyone should cancel their accounts with Robinhood. They do not promote a free market. Someone at Robinhood needs to go to prison.

Help fight against the tyranny of Big Tech, Democrat Communists and Cancel Culture! Will You Make A Donation to Support Our Work Today?The fireworks should continue next week. I expect the corporate media to get even more shrill if the prices continue to rise on those companies targeted by the hedge funds. They’ll probably say the longs are engaging in destructive behavior, while the exact opposite is true. It’s difficult for CNBC to defend shorting because the purpose of the trade is to hurt companies for private gain. The mega rich get mega richer by shorting, which is not defensible. Naked shorting is criminal.

Fictional Gordon Gekko was once asked, “Why did you need to wreck a company,” and he replied, “Because it’s WRECKABLE, all right?!”

It’s easier to quickly destroy for profit than build something over time for that same profit. The hedge funds profit from misery. Now it’s their turn to be miserable. If they are forced to pay up, look for the stock market to crash. Wall Street will have to pop the bubble to cover their shorts. This is what should happen in a free market. It’s a lesson that went unlearned in 2008 when the taxpayers bailed out corrupt Wall Street bankers instead of letting them fail.

Let them all fail now. They’ve put their big foot in it and they should get what they deserve.—Ben Garrison

SPECIAL EDITION: THE BIGGEST PRINTS WE HAVE EVER MADE!  Two Prints for the price of ONE! 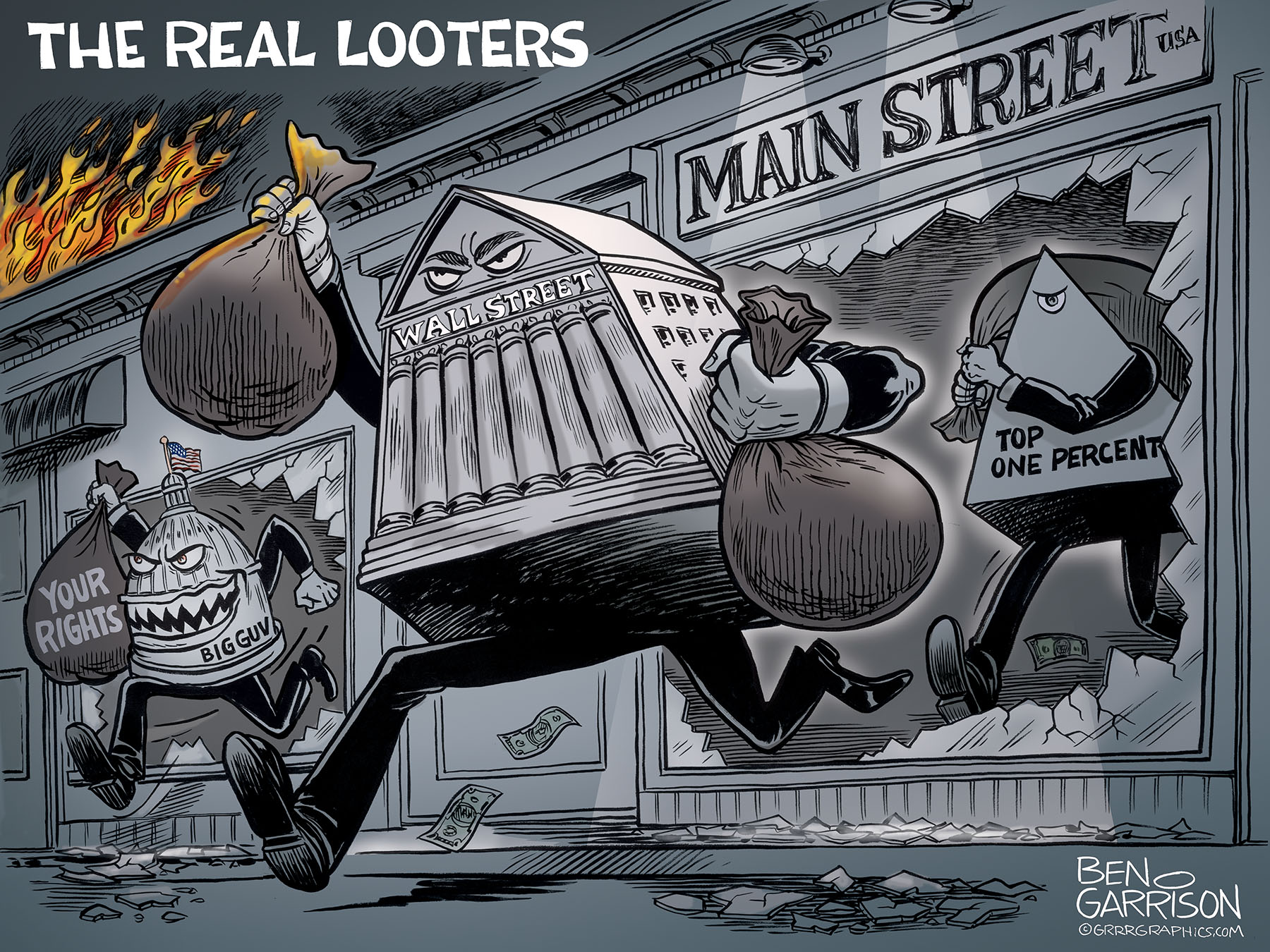