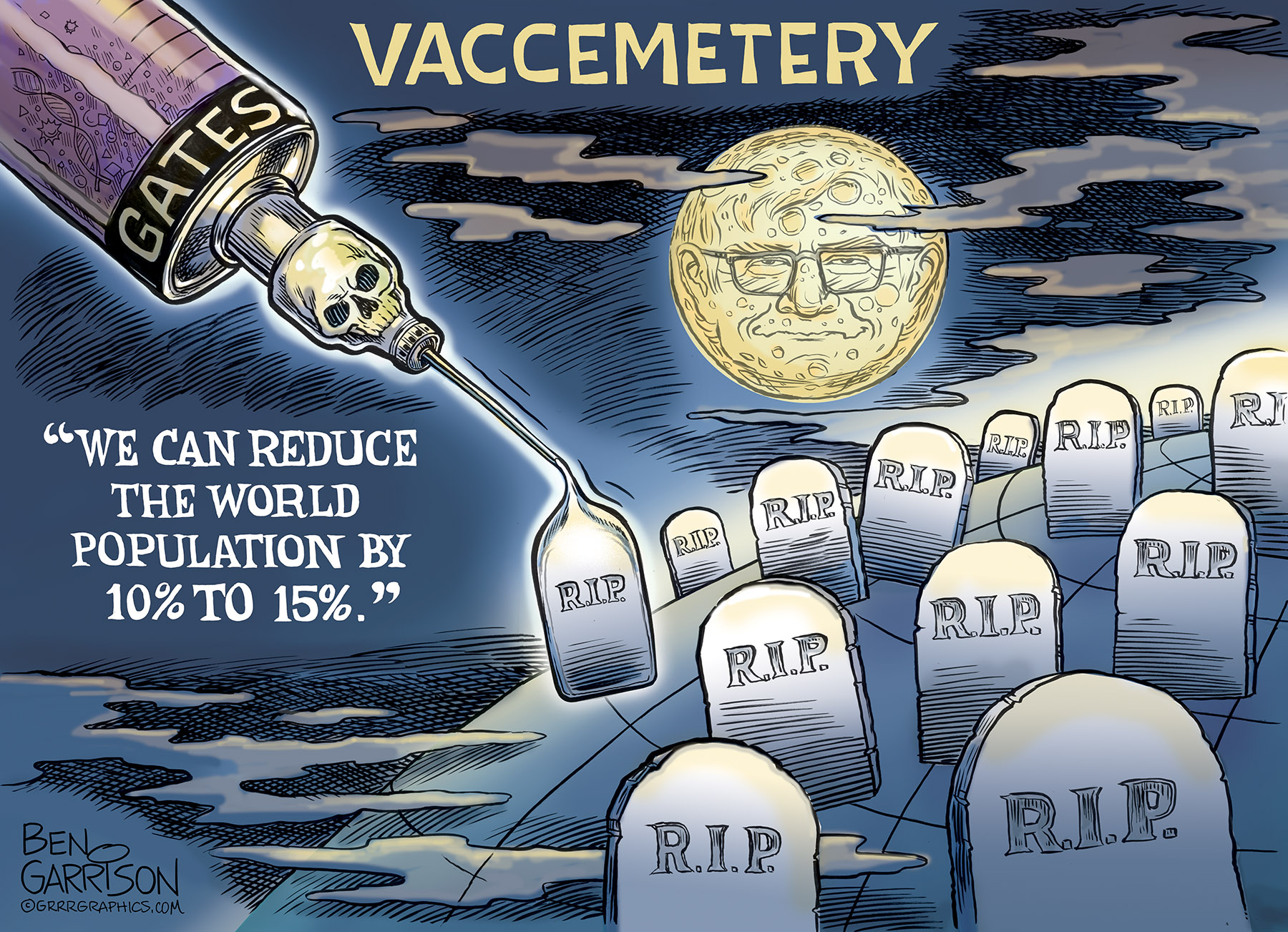 The Cure is worse than the Disease

Bill Gates, like his father, is a eugenicist. His dad was the head of Planned Parenthood and friends with the Rockefellers. The elitists at the top want us dead. Even Prince Phillip said if he was reincarnated he wanted to come back as a virus to wipe out mankind.

Gates isn’t waiting for reincarnation. He wants us gone from his planet now. Yes, that’s right. The elitists including Bill Gates believe they own the planet and most of humanity are useless eaters who are mucking it up for them. Especially under the great reset which means people won’t have jobs. That’s why Gates funds Planned Parenthood, Monsanto (GMO foods kill humans), the WHO, the CDC, a spate of big vaccine makers, and globalism.

Gates has already killed a great many in India and Africa with his experimental vaccines. He did not face justice. Like all of the elitists, he’s above the law. Now he’s pushing a vaccine for COVID-19. He already owns the patent for the virus and the vaccine is probably already made. He’s just waiting for the right moment to release it. First, he and his operatives—people such as Dr. Fauci, bought-out politicians, and the corrupted mass media—all want us to be miserable. They want us masked up, and joyless. “Safe,” but not really living. No job, no church, no holiday get togethers. They’re isolating us. They’re forcing degradation upon us. They’re humiliating us. They’re exhausting our will to resist. Gates wants us to beg for his vaccine. Politicians will see to it that we are forced to take it in order to work and travel and possibly even use financial services. It’s the mark of the beast.

Urgent- We need your support! Help Us stop the steal of the 2020 election- support cartoons today

Once nearly everyone takes the foul concoction, people will begin mysteriously dying in a few years because of it. Gates and the corporate shill media will say it’s not due to his vaccine, but rather a new strain of the virus. Gates has already warned about a new, stronger viral wave that’s coming. He’s got it all planned out. He even smiled when he said it. So did his wife, Melinda. They couldn’t help but smile. They are, after all, sadistic fiends. Regardless, more and more vaccines will be mandated. More death will result. A lot of people will have to die to satisfy their magic spell that’s written on the Georgia Guidestones.

Even if you choose to disbelieve my ‘conspiracy theory,’ do not take the vaccine. Big Pharma and the so-called medical experts who march under the banner of ‘science,’ are paid to cherry pick data and ignore the myriad deleterious side-effects. Vaccine makers can’t be sued. Taxpayers pay damages in a special vaccine court. It means Big Pharma is unaccountable and reckless. They don’t care about you or your family. They care about money. A cure would stop the money flow, so there will be endless virus waves and endless rushed out vaccines.

Forget about taking their vaccine cure. It will be worse than the disease.