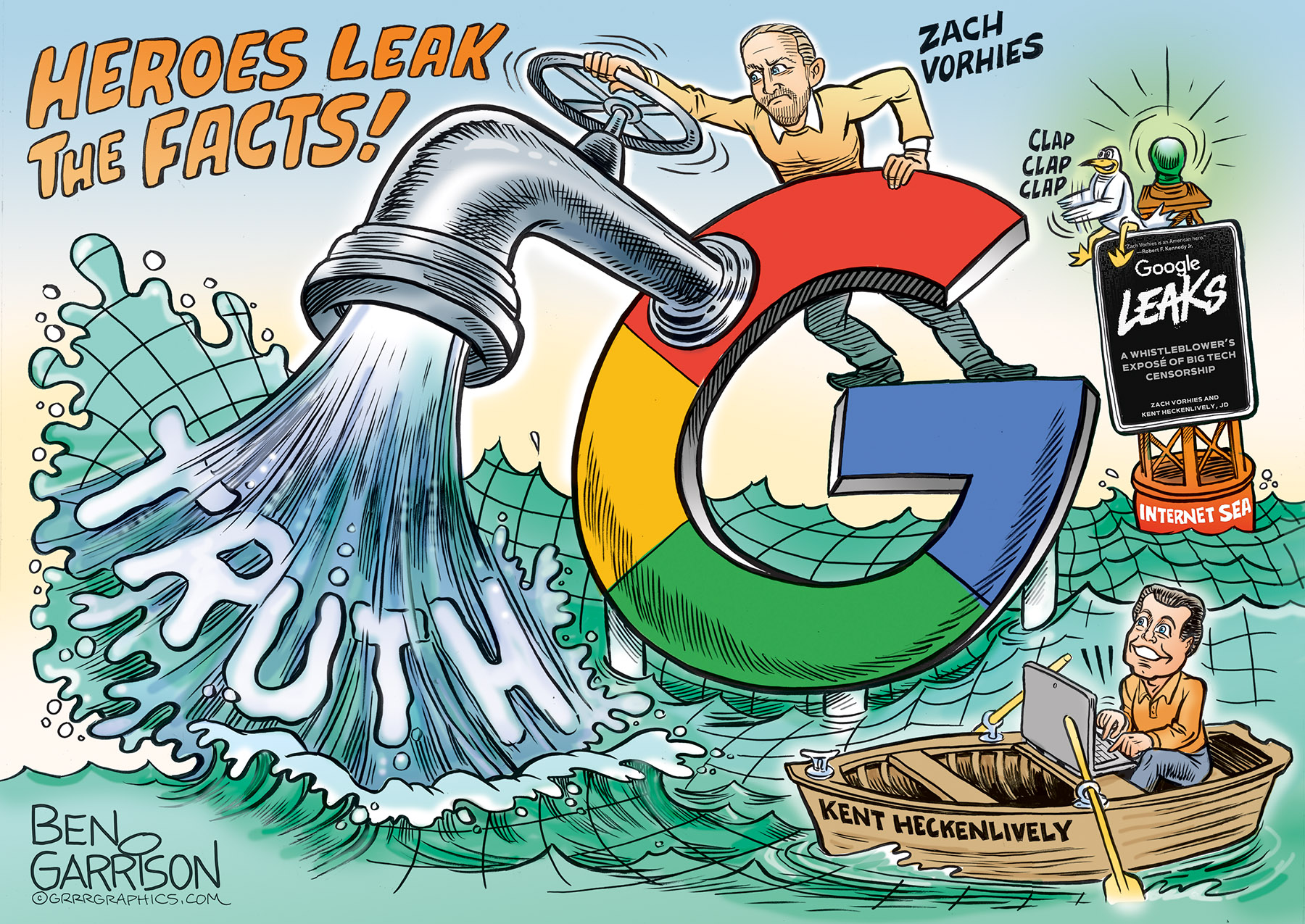 Google Leaks- The Truth Comes Out

Kent Heckenlively is a human dynamo. He’s a middle school science teacher, a family man, and a heroic truth teller. He’s also an excellent, prolific, and successful writer who has penned many best-selling books. He teamed up with Zach Vorhies, a former employee of Google, to help him reveal the truth in their latest book, “Google Leaks, A Whistleblower’s Exposé of Big Tech Censorship.” Zach personally witnessed Google’s turn to the dark side. Determined to stop Donald Trump, Google’s began suppressing free speech. They preferred communist totalitarianism, Chinese style.

Vorhies revealed how Google was doing it, thus sacrificing his career and risking future success. This is the price heroes pay for telling the truth, and it’s something we must all do eventually if we want to preserve our freedom.