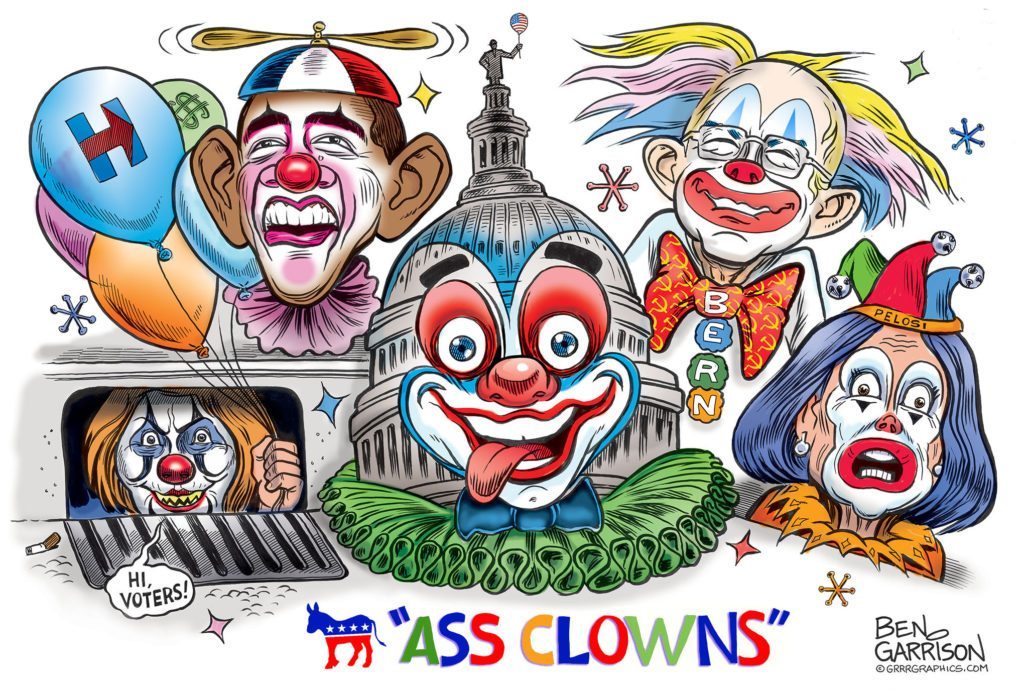 The jackass is an appropriate logo for the Lefty ‘progressive’ Democrats. They continually make fools of themselves while pursuing their Anti-American agenda. They are ass clowns and a disgrace to our country.

They are pouring out of their clown cars virtue signaling while demanding an end to our Second Amendment. That’s not going to happen without a Civil War.

The jackasses keep clowning around and spouting ridiculous statements.

Take a look at what Nancy Sinatra tweeted:

“The murderous members of the NRA should face a firing squad…”

The insane clowns are calling for violence and death. This is straight out of a Stephen King novel.

I may draw more clown cartoons. It deserves an entire series. Many Hollywood, sports and the corporate media personalities deserve to be ridiculed. We need to mock their sanctimony and show them for what they are—ass clowns.