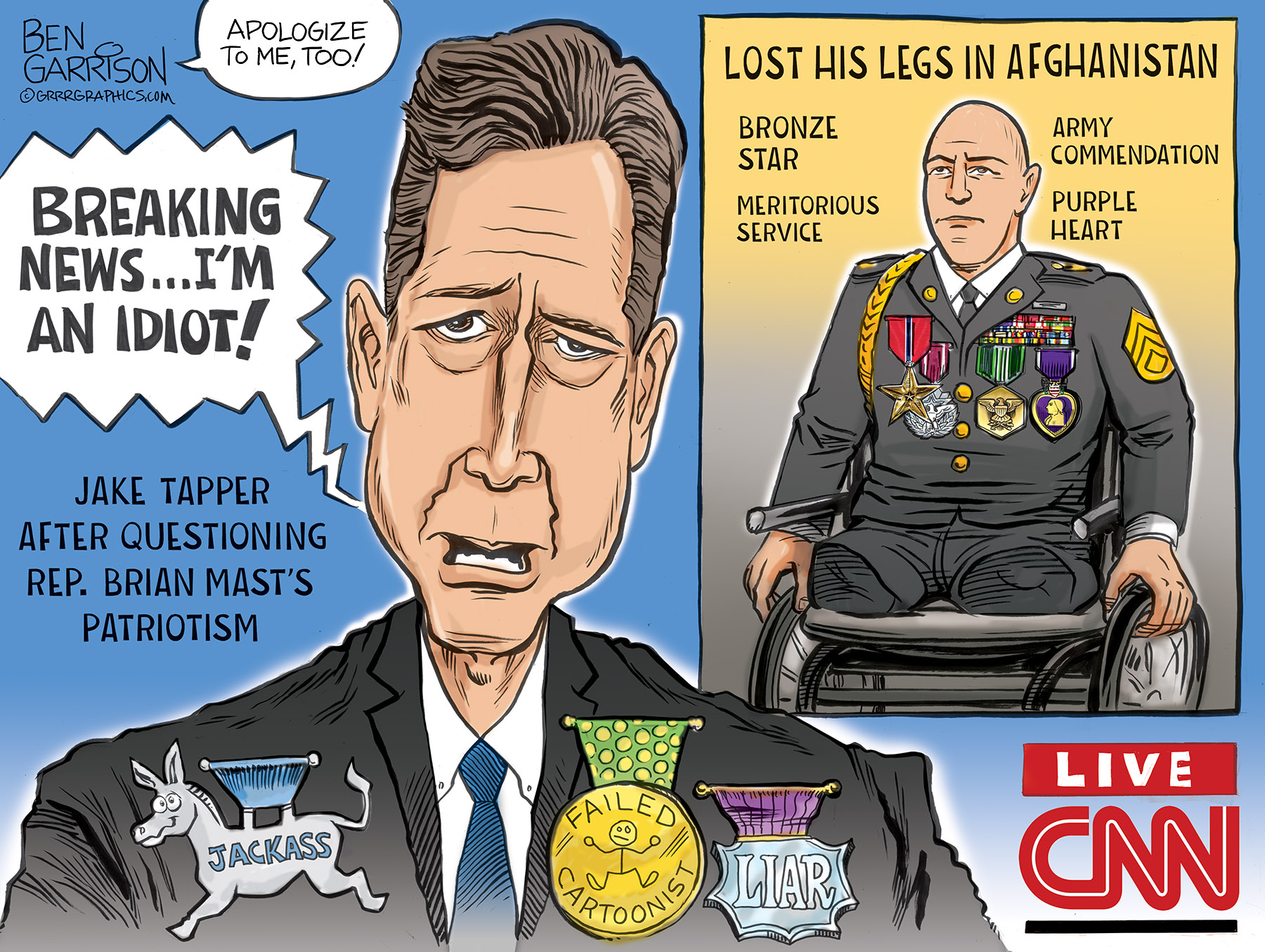 Tapper questioned his patriotism after Mast supported an effort to look into the election fraud. Jake said something about Mast fighting for Democracy in Afghanistan and then added “Although I don’t know about his commitment to it here in the United States.”

Tapper was wrong on so many levels with that statement. We’re not in Afghanistan to bring them Democracy. We are still there for geopolitical reasons, as well as to protect the opium fields for CIA drug runners. Secondly, America is a Republic, not a Democracy, which has become the Democrats’ code word for ’socialism.’ Thirdly, to question a well-decorated military man’s patriotism after he lost his legs in service of his country is deeply insulting to us all.

It probably shouldn’t be surprising, though. Tapper loves to insult those who aren’t aligned with his own network echo chamber.

Along with the ADL, he helped make sure I was disinvited from the White House media summit back in 2018. He has repeatedly stated on Twitter that I’ve drawn ‘anti-Semitic’ cartoons. This is a blatant lie. I’ve never drawn an anti-Semitic cartoon—ever. It’s not anti-Semitic to criticize central bankers and globalist corporations having an influence on our politics. Tapper rakes in $4 million per year toadying to his corporate masters.

We all know whose interests he serves as he sports a very concerned expression while on air.

It’s a good thing for Tapper that he is able to get fantastically richer by means of telling lies. He would never be able to make a living through cartooning…because he’s terrible at it.