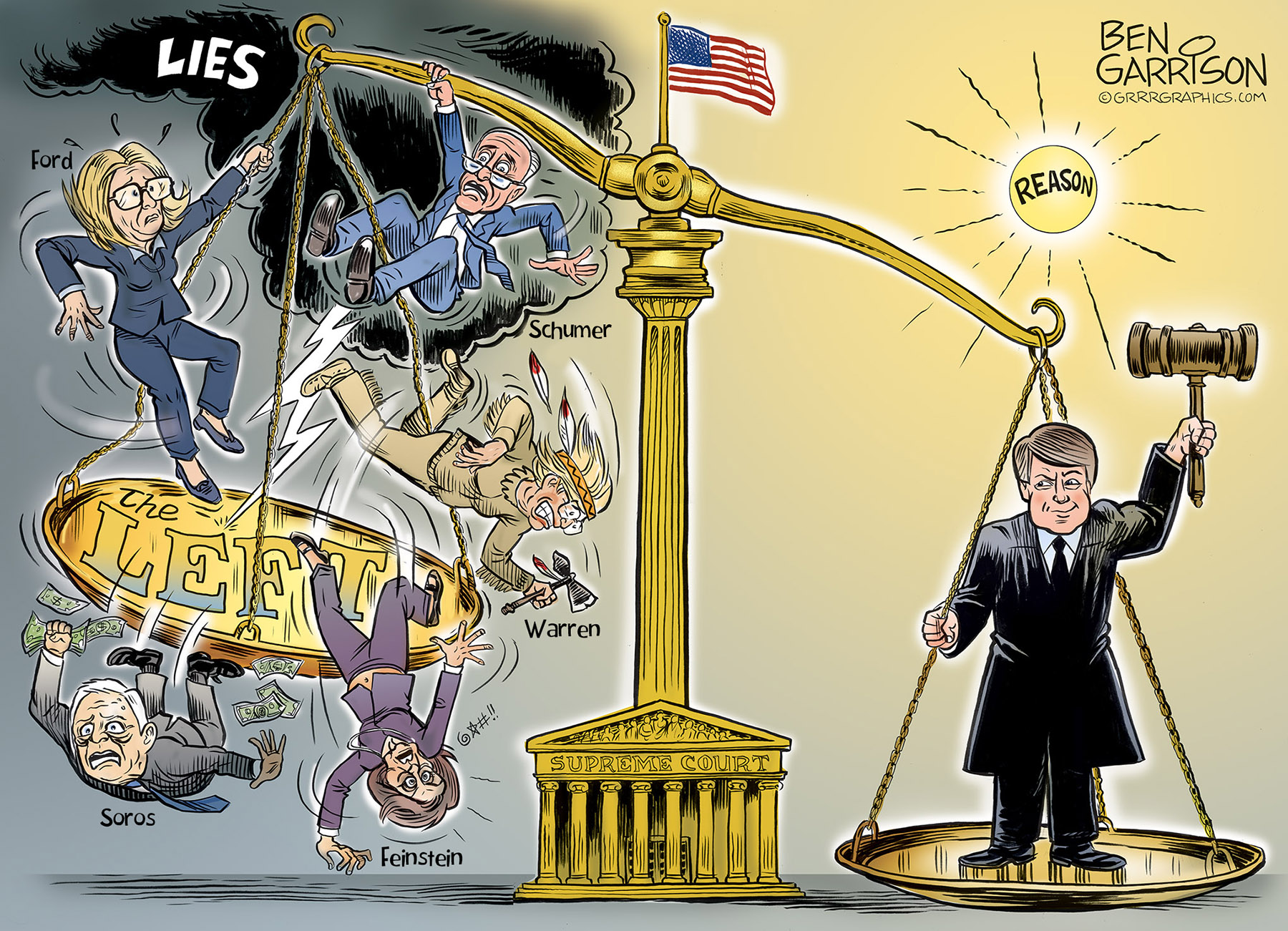 Justice Kavanaugh is confirmed and he will now rightfully take his seat on the Supreme Court. The rabidly emotional left has lost. Reason, the rule of law, and common sense has prevailed.

If the left had succeeded with their outrageous smear campaign, it most certainly will occur again in the future. Fortunately, their tantrums—some paid for by George Soros—failed to achieve what they wanted—power through delay, lies, obfuscation, and emotionalism. They still want to do anything they can to thwart a lawfully elected president. It borders on sedition.

When Kavanaugh meets his fellow Justice Clarence Thomas, they’ll both have an attempted ‘high tech lynching in common.’ Perhaps Thomas will tell him, “Me too.”

The hysterical hate filled Mob has been defeated! Celebrate Law and order with a  Ben Garrison Original Now Available- SOLD

Helping to Save the Republic -one cartoon at a time! 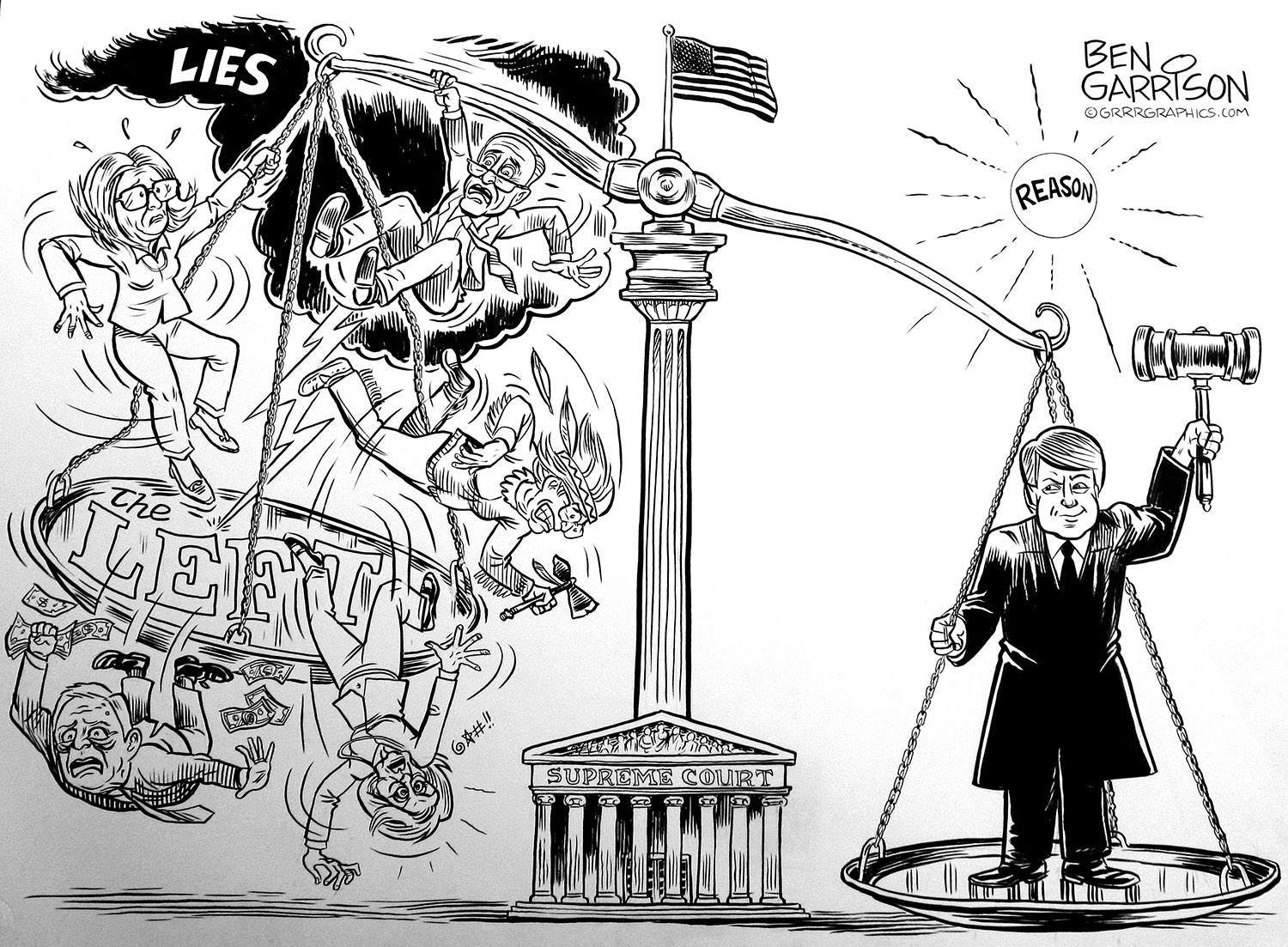