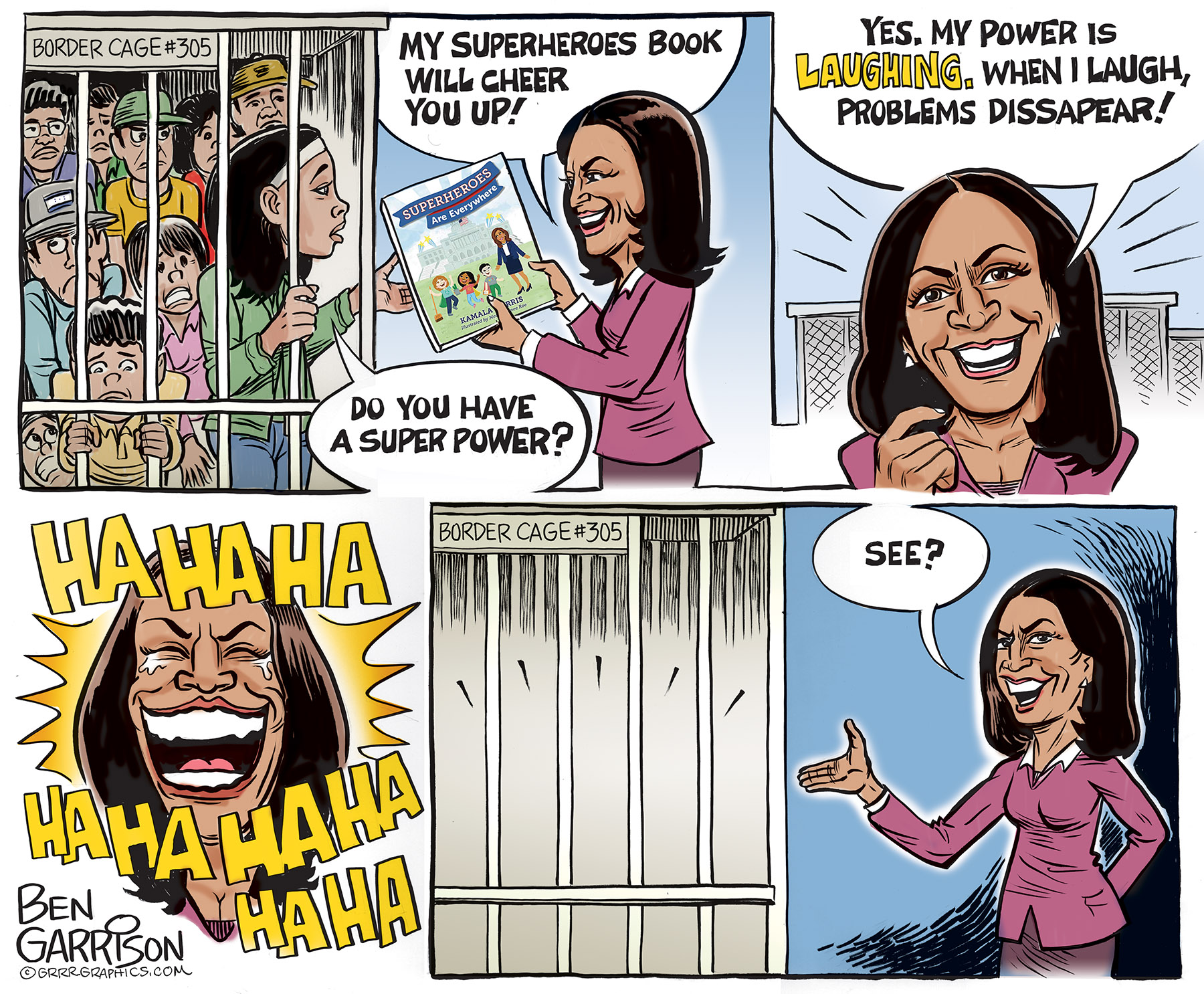 We all know how Kamala Harris chortled when asked if she had planned on visiting the border.

Maybe she laughed because she enjoys seeing people locked up. After all, that was her job as prosecutor for many years. She locked away non-violent marijuana offenders while laughing about how she enjoyed smoking weed herself.

The Biden regime’s second in command has a book out titled, “Superheroes Are Everywhere.” The cover features a smiling Kamala with a gleaming US capitol dome in the background. To statists like Harris, government itself is a superhero as it steals money from the public’s labor and wastes it on war, pork, bureaucracy, and corruption. Hillary also had a children’s book out when she was running for president. A comic book showed Hillary as a superhero. Harris is a Hillary operative so it’s no wonder Kamala has followed the same template.

Both Biden and Harris were the least popular and worst performers on the Democrat debate stages. Kamala had to drop out. Biden did poorly in the initial primaries. The Deep State Cabal rescued Biden and installed him as president. Yes, the election was stolen. China Joe’s presidency is not legitimate. Kamala is a stroke or stopped heartbeat away from becoming the Cackler in Chief.