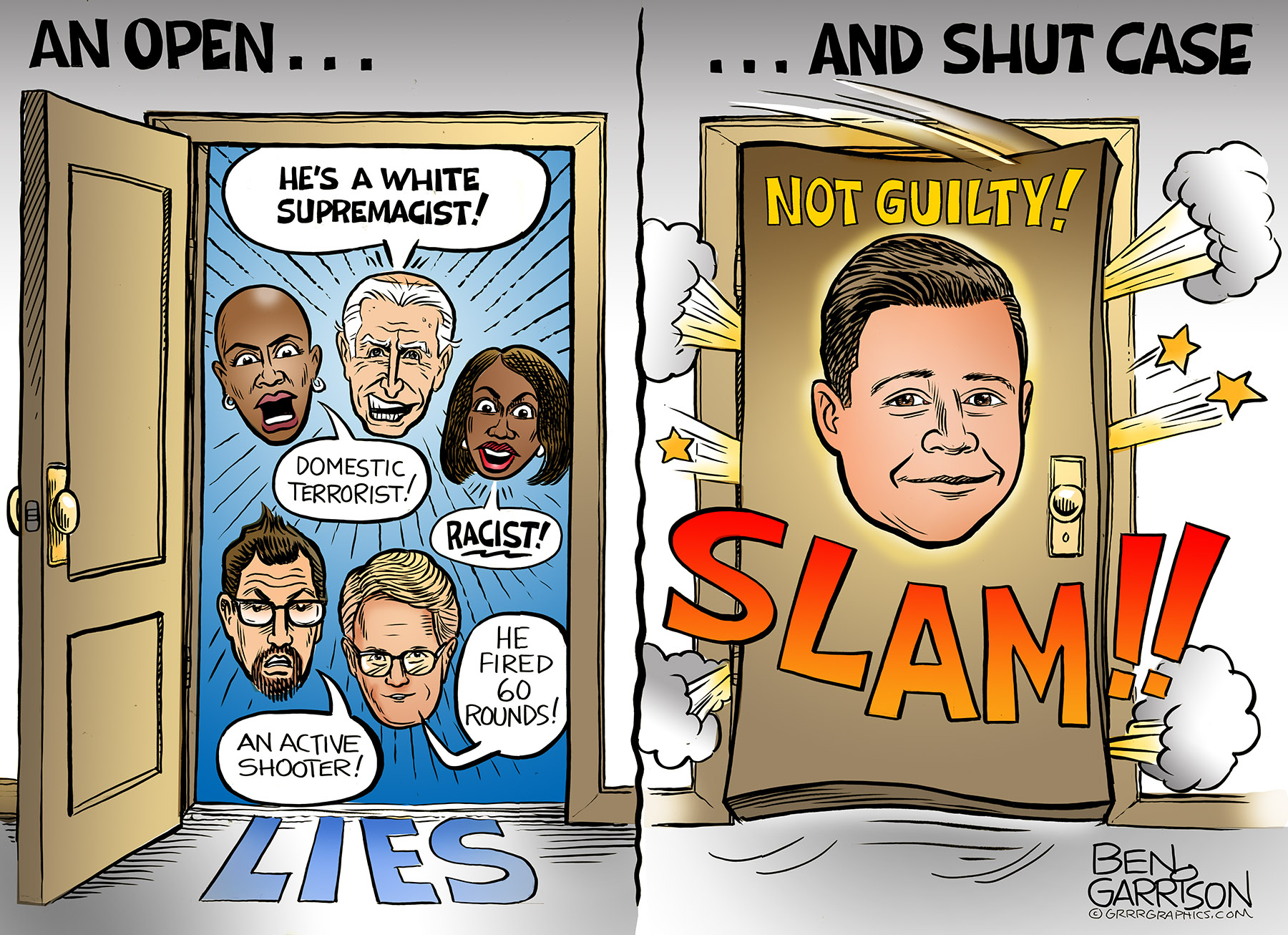 An Open and Shut Case

The Democrats put on another witch hunt show trial and once again they failed miserably. Kyle Rittenhouse was found not guilty. Fortunately, the jury based their decision on clear evidence rather than ‘woke’ political pressure.

The woke mainstream media did their best to inject racism and anti-2nd Amendment into the case. Racist politicians such as Ayanna Pressley and news commentators such Joy Reid blamed everything on racism and white supremacy in an effort to further divide the country. “Morning Joe” Scarborough told several lies about the case. Even Joe Biden denounced Rittenhouse as a ‘white supremacist.’ The prosecutor not only withheld evidence from the defense, but he also pointed Kyle’s weapon at the jury. Perhaps it was a ploy to frighten them into voting guilty.

Based on clear exculpatory evidence, this case should never have been brought to trial, but the Socialist Democrats saw an opportunity to promote gun control. Therefore, a big fuss was made about transporting arms across state lines. There’s nothing wrong with that. The 2nd Amendment applies to all states. The Marxists don’t want us armed and they certainly don’t want us defending ourselves. The lame brained prosecutor said that if you show up with a gun, you forfeit your right to defend yourself. Huh? The reason many of us own guns is for self-defense. We own guns to keep an overreaching and criminal government and their foolish operatives wrecking havoc in our streets at bay.

The Antifa and BLM Marxist totalitarians don’t want us fighting back. They don’t want us defending our cities or our homes. They want us to lay down our arms and accept our slavery.

We all need to resist and fight back when we’re attacked. Rittenhouse set the example.

Now Available as a Signed Print- Click to order 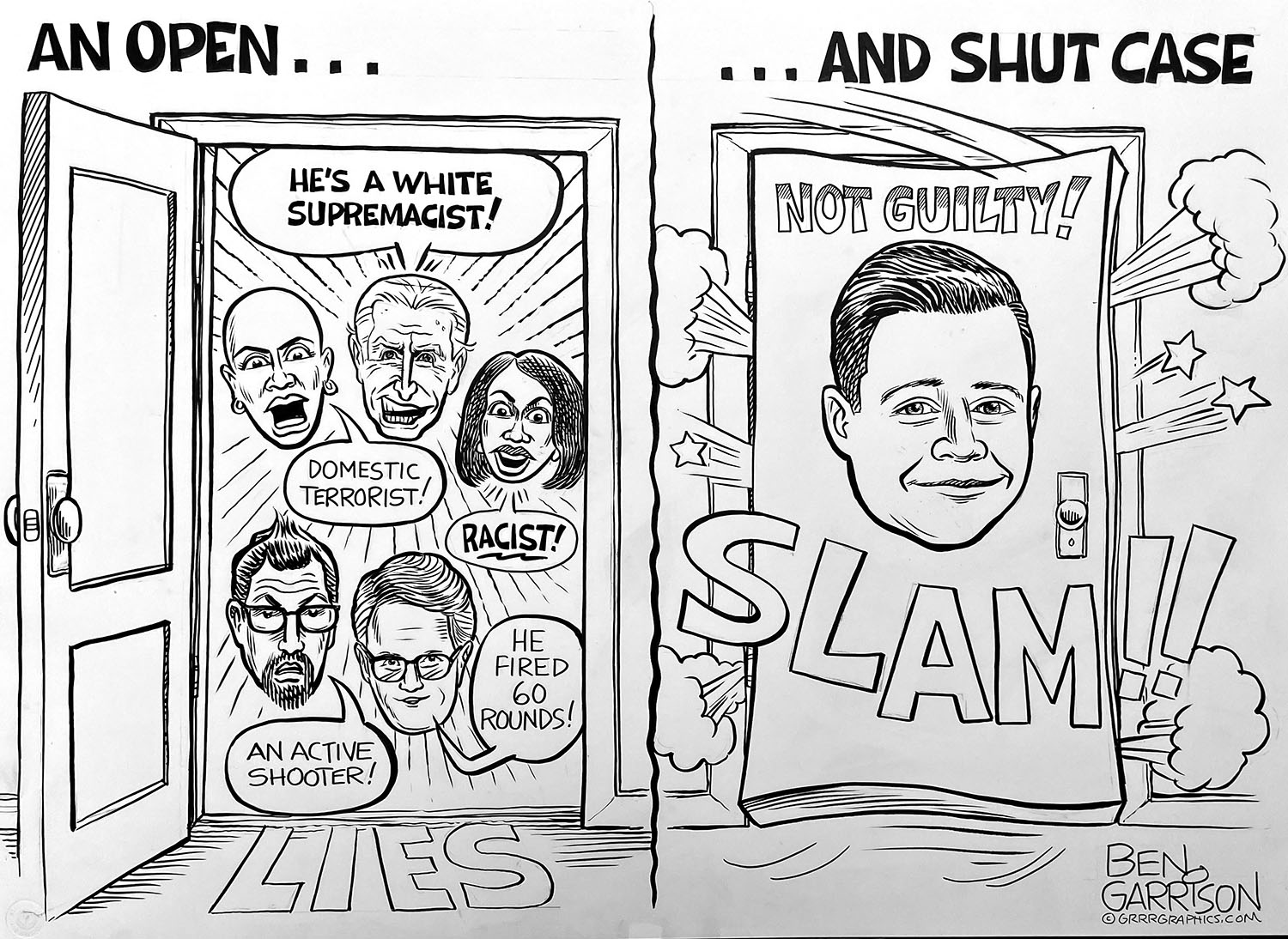