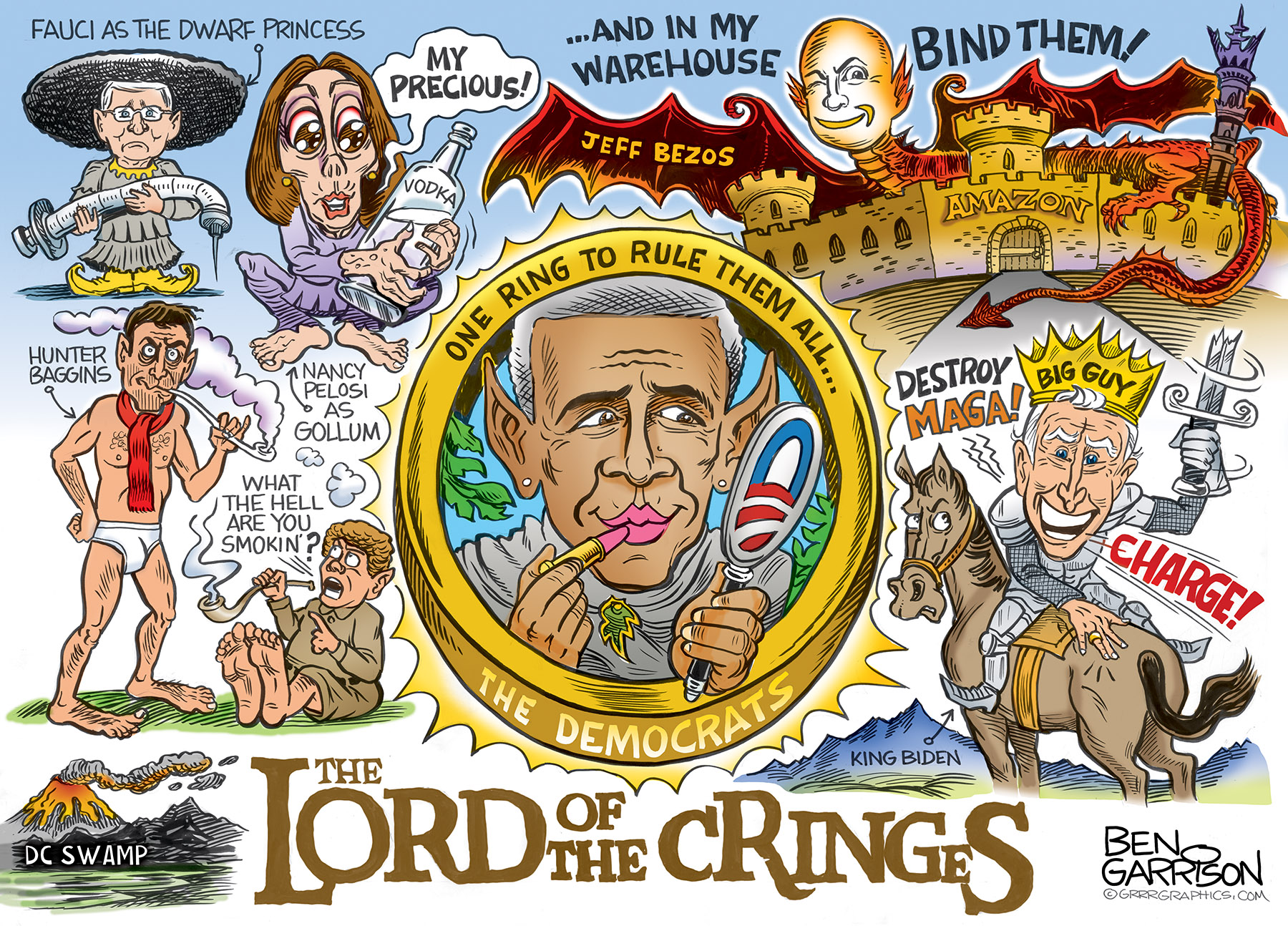 Tolkien is spinning in his grave

Amazon’s ‘woke’ Lord Of The Rings extravaganza is a $1 billion production. It might be widely watched, but so far it has received a lot of thumbs down and Amazon is now banning many of those negative reviews. It appears they are trying to protect their investment.I read Tolkein’s three volume LOTR work twice in my younger days. It made quite an impression on me when I first read it while in high school. I remember trying to draw Boromir from my imagination. It wasn’t very good, but I’ve improved with years of practice. Apparently dramatic writing hasn’t improved—at least the script for the LOTR on Amazon hasn’t. I have no plans to watch it—especially after reading some of the reviews including this one from The Daily Mail, which gave it one star out of five: “Turkey is not the word. No turkey, however bloated and stupid, could ever be big enough to convey the mesmerizing awfulness of Amazon’s billion dollar Tolkien epic. This is a disaster dragon – plucked, spatchcocked, with a tankerload of Paxo stuffed up its fundament, roasted and served with soggy sprouts. The Lord Of The Rings: The Rings Of Power is so staggeringly bad, it’s hilarious. Everything about it is ill-judged to a spectacular extreme. The cliche-laden script, the dire acting, the leaden pace, the sheer inconsistency and confusion as it lurches between styles – where do we start?”

The women are made into super heroes due to feminism. The white males are made weak and ineffective. They also must have inclusivity, so there will be black dwarves, hobbits, and elves, and I have no problem with that. However, I heard they will also introduce the usual prideful rainbow-ism. I don’t care if anyone is gay, but it’s not part of Tolkein’s vision. In his work, men are able to be friends with other men without suspicion of something ulterior going on. Likewise with the women. Maybe they’ll introduce a gay Balrog or something. How about a trans-orc?

Regardless, woke-ism tends to turn all it touches into garbage. It’s really nothing more than cultural Marxism, which has destruction as its core goal. It doesn’t care if it’s entertaining or not.

Lord Of the Cringes Original Art