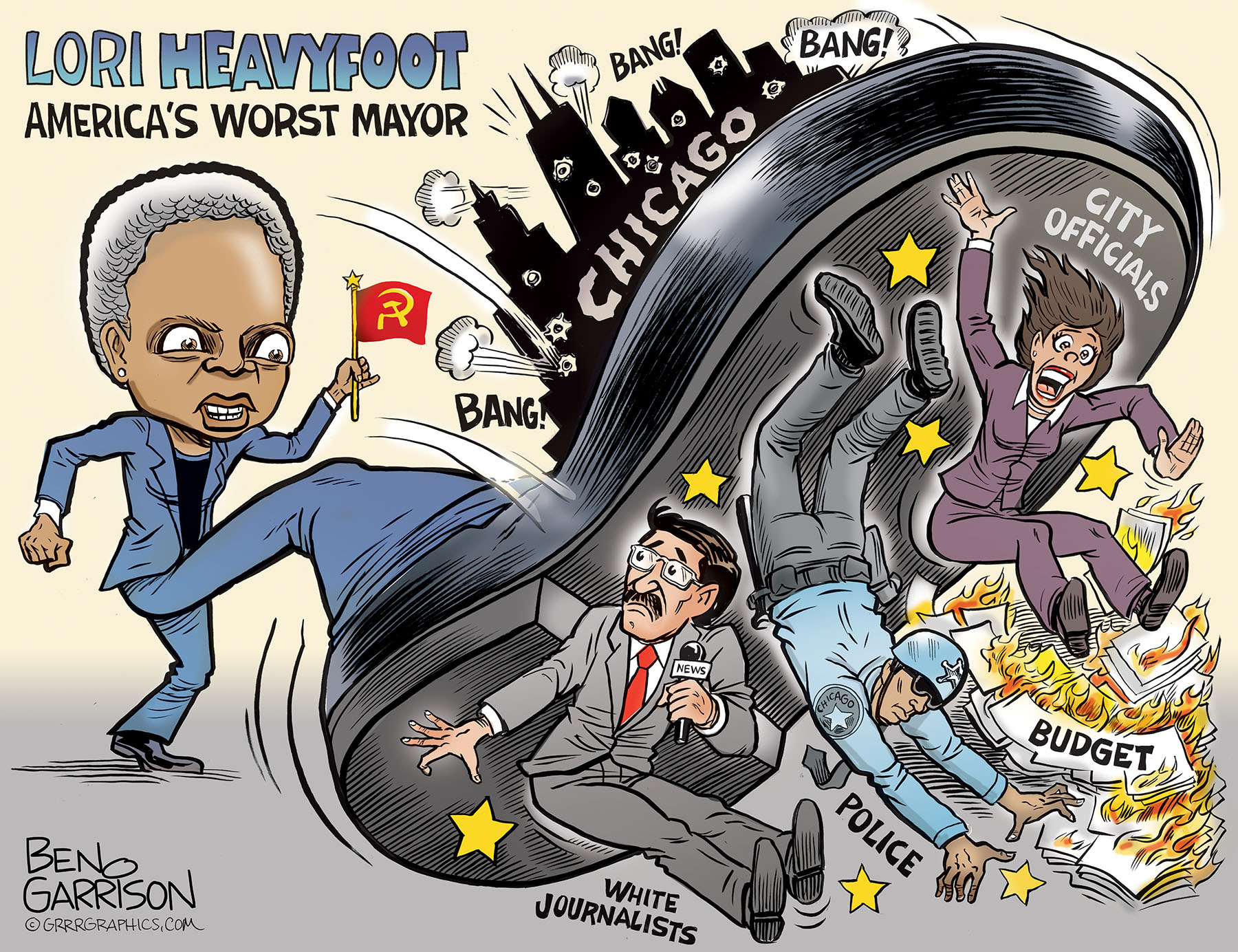 Lori Lightfoot is the mayor of the nation’s third biggest city, Chicago. She’s not fit for the job.

She favors defunding her own police department in a city with a skyrocketing murder rate. There were 700 homicides in 2020 alone. Naturally she blames guns rather than her anti-police sentiments. She simply wants to grab the guns.

There have been stories of her mistreatment of district aldermen who make up the city council. She’s been brusque with city employees and other city officials. She’s no longer well-liked by many voters there, but the system in Chicago doesn’t allow recalls. To top things off, Lori is racist. She announced she would no longer take questions from white reporters.

Lightfoot also ignores Chicago’s tremendous debt and entitlements that must be paid. Will she massively cut spending or trim pensions? Of course not. Instead she will massively raise property taxes. Socialists such as Lightfoot will keep on spending other people’s money until it runs out. Perhaps she knows the corrupt Biden regime will end up bailing out her city. Taxpayers always end up getting punished for bad policy and corruption.

People may end up fleeing Illinois and its never-ending fleecing by incompetent politicians. If you like freedom and the ability to keep some of what you earn then Chicago is not your kind of town.

P.S. Lori is way too easy to caricature.