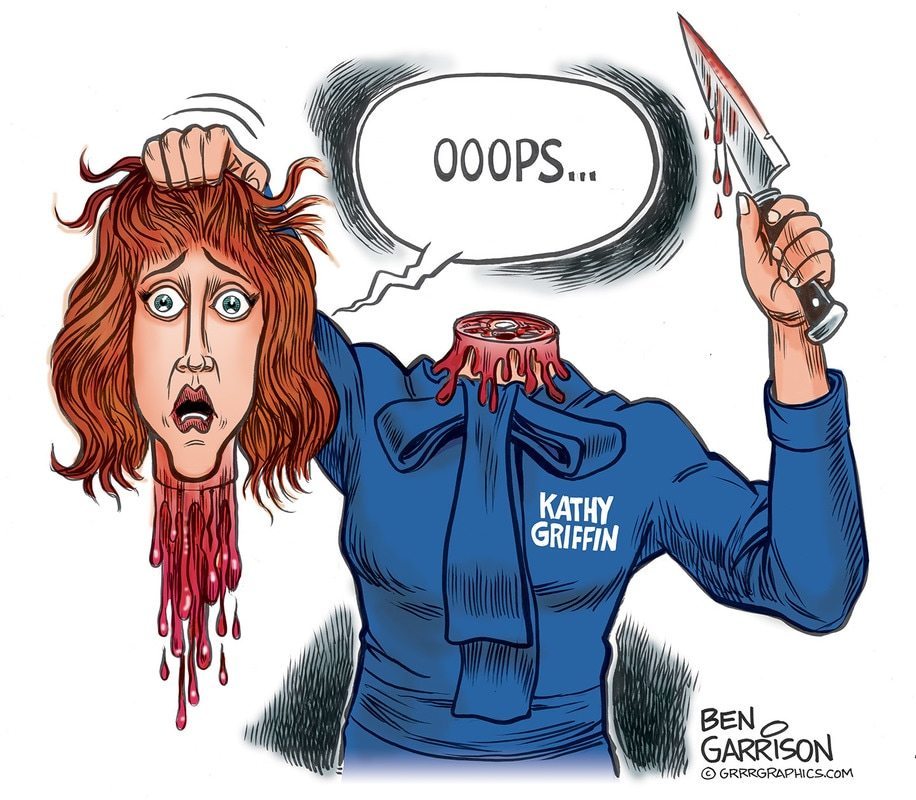 Kathy Griffin lost her head and went too far. Maybe it was due to the waning popularity the liberal comedienne had been enduring. It may have helped summon the idea for her attention-getting beheading stunt. She got that attention, but her ‘joke’ was spectacularly unfunny.

It has become too commonplace on the left to threaten violence against those with whom they disagree when they should be offering debate. This is especially typical of the ‘Antifa’ mentality. They hurl bike locks first and ask no questions later. If the left continues to promote and encouraging violence, they may get it. We all know the nation is more divided than ever. Despite her apology, Kathy Griffin helped widen that divide.