UPDATE: January 29th 2019 Trump Supporter kicked off Frontier Airlines for wearing MAGA Hat and saying “Make America Great Again.”  He plans on filing a lawsuit against the airline.  Good. The only way tyranny like this will stop is if we push back…HARD!

Earlier this week I dashed out a cartoon that commented on the controversy involving an elder Native American veteran banging his drum in the face of a high school kid wearing a “Make America Great Again” hat.

Leftists were outraged and accused the kid of racism. There were many vicious tweets—some calling for violence against the kid and his high school, including some death threats. Then the Indian vet was shown to be a fraud. He didn’t serve in Vietnam and in fact he was a professional protestor and agitator. He aggressively zoomed in on the hat-wearing kid to provoke a reaction, to be used against Trump and his supporters. I thought the story would quickly die down once it was proven that the Indian was the aggressor. I expected the Deep State media to ignore the story since it wasn’t going their way, but the reporting dragged on. I began to realize it wasn’t about the kids at all, but rather the MAGA hats they wore.

The left wants to convert such hat wearing into an act of racist bigotry. You’ll often hear the censorious tyrants on the left use the term ‘dog whistle.’ It’s their way to hijack and distort the meaning of symbols and words in order to disparage their targets and shame them into silence. They probably consider a MAGA cap to be a ‘dog whistle’ for racist hate. It’s a cheap trick and we can’t allow them get away with it. There’s absolutely nothing wrong with trying to make America great again or wearing a hat that supports that goal.

A troll once commented that my western hat was a ‘symbol of racism and hate.’ Wrong. I wear it to help keep the Montana sun off my ears. I also respect my Garrison ancestry—many were real cowboys in Texas. The Antifa wear kerchiefs over their faces to hide their identities while committing criminal acts of violence, but of course the left won’t call such black masks a dog whistle or symbol of hate. They encourage violence and intimidation when it suits them.

I tip my hat to the MAGA cap kids who acted peacefully.

UPDATE: A team of very high profile lawyers are joining together to fight for justice for the Covington Catholic High School students who were ruthlessly attacked by the media following a school trip to DC for the March for Life.

According to lawyer Robert Barnes, who is representing several of the families, the team will include at least five lawyers from five different law firms — all with a record of high profile civil cases. H/T Gateway Pundit

Shirts and Mugs at our TeeSpring Store Support our cartoons and  Click to Visit Shop! 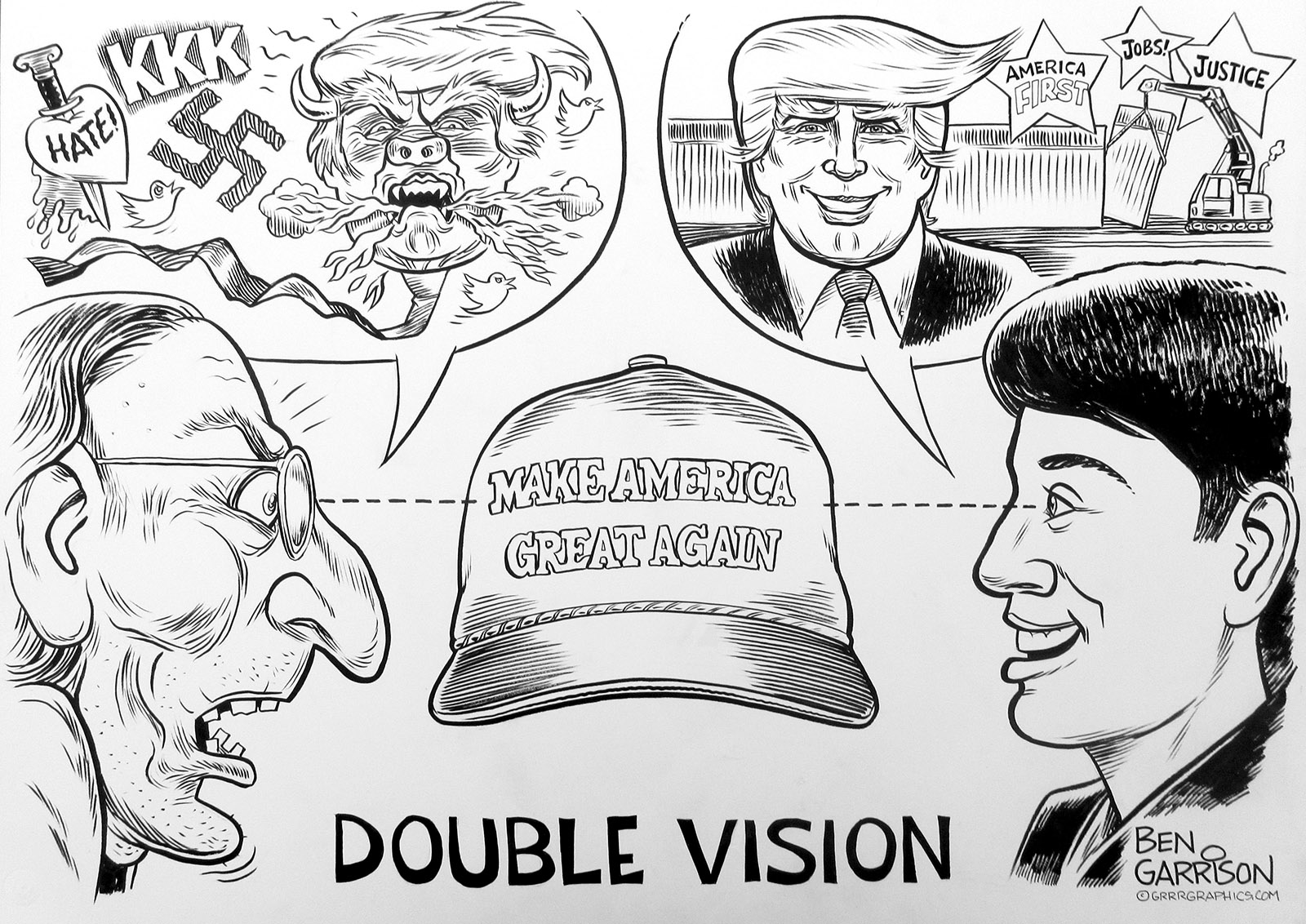