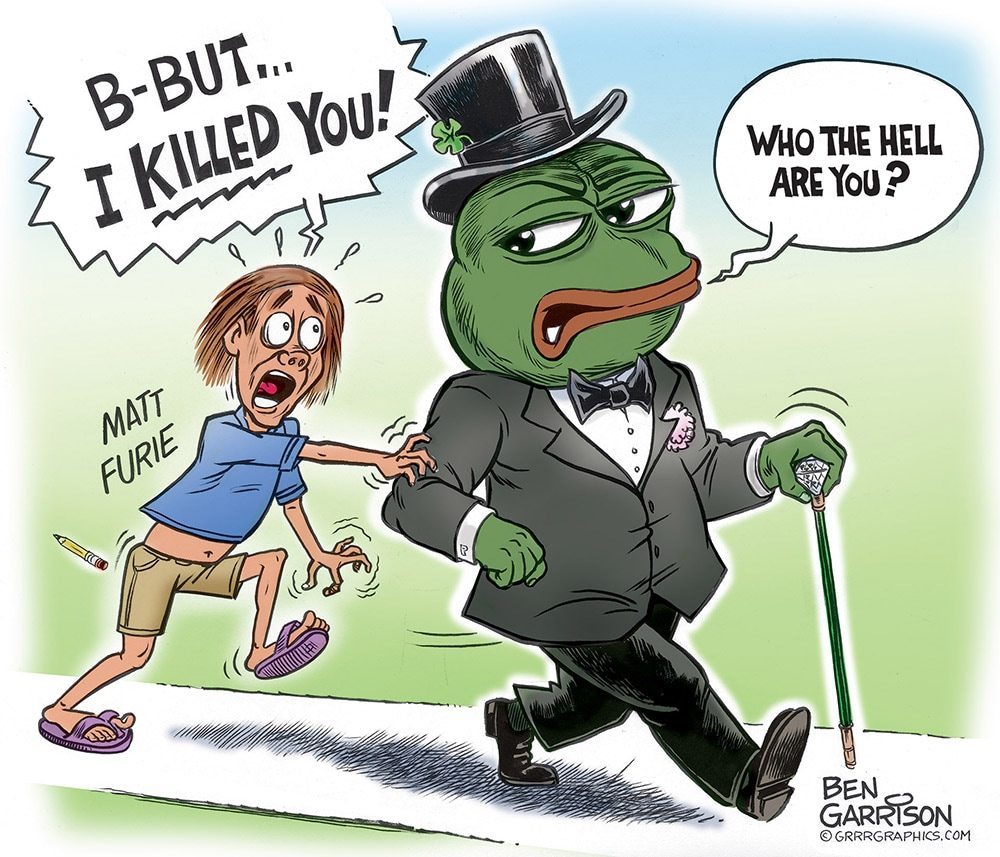 Matt Furie, you’re doing it wrong. I was going to write an essay to explain why your attempt to kill off Pepé the Frog in your comic strip simply won’t work–and in fact, it will probably make the trolling against you worse. But then I saw Styxhexenhammer666’s video and he explains it far better than I ever could:

https://www.youtube.com/watch?v=SHshb1QMOvY
Hillary Clinton pronounced Pepé to be a scary ‘racist’ symbol in order to smear Trump supporters during last year’s presidential race. It didn’t work and Pepé is not a symbol of the ‘alt right’ simply because she said so. He’s a vehicle used to express many emotions and political beliefs, but Hillary pompously appointed herself as the Commissar of Hate Speech and tried to kill off Pepé. She failed.
Pepé is a meme that can’t be eliminated with an official declaration or wave of a hand from some ‘authority.’ He’s part of the public domain of free speech. Praise Kek.
–Ben Garrison