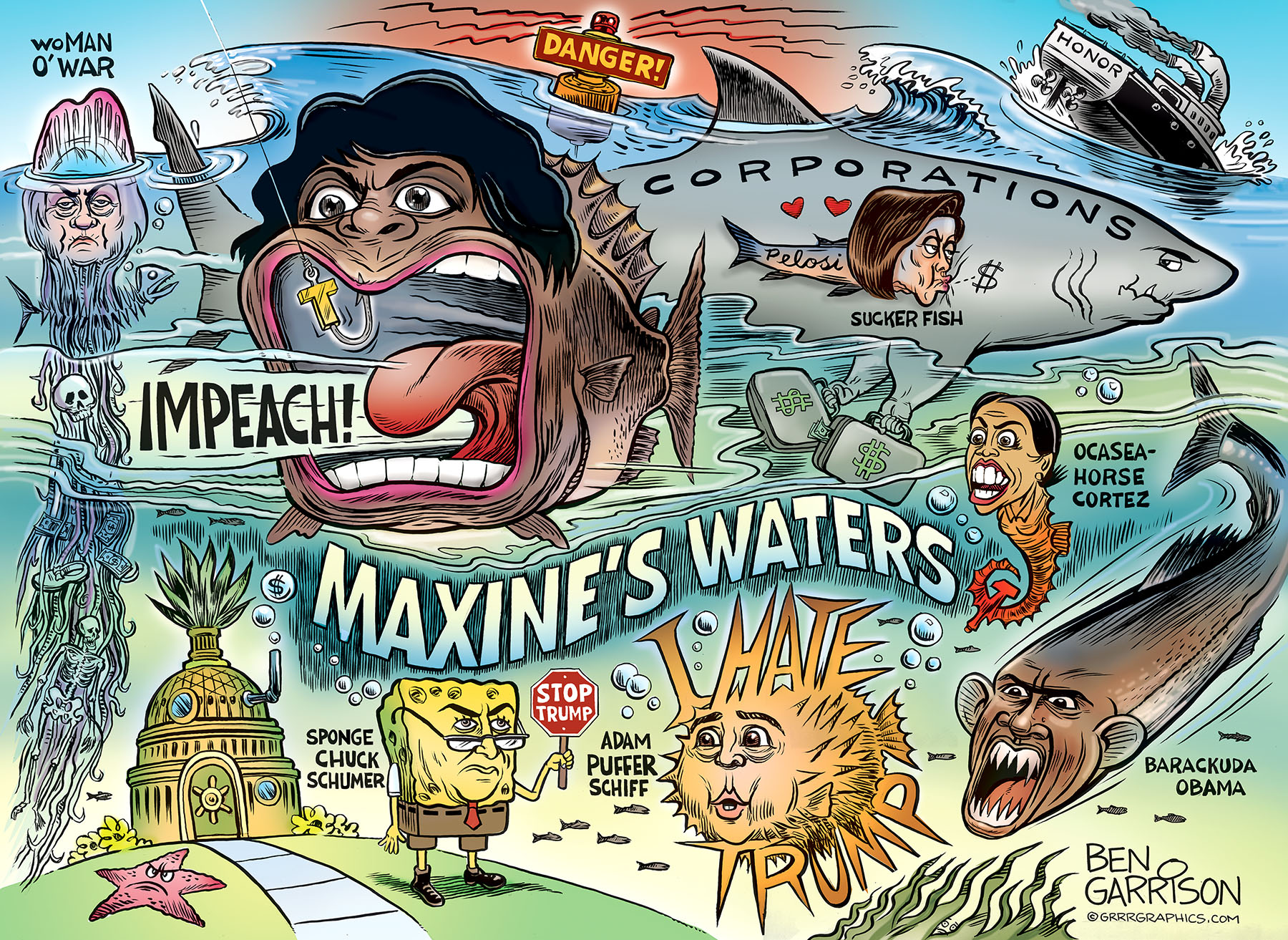 Maxine Waters may best represent the state of the Democrat Party right now. It’s becoming far-left, loudly intolerant of compromise and above all, it’s overflowing with anti-Trump hatred.

The Democrats are now the party of the Deep State. To be sure, many Republicans have also been chest deep in the Swamp.

For a recent example just look at the Bush family. Recently Biden awarded the war criminal W. Bush with the “Liberty Medal,” amid trumpets and great fanfare. Obama is another criminal who received the Nobel Prize. The fondness the Deep State has for doling out awards to their functionaries has been going on for a long time, but that’s a topic for another cartoon.

Trump Derangement Syndrome is causing the Democrats to detach from reason, logic and reality. Maxine Waters may have the most severe case of the disease and she’s easily baited.

Any honor the Democrats may have had is sinking and being replaced with lies. There has been no evidence whatsoever that proves Trump colluded with Russia, yet Mueller’s ridiculously expensive investigation drags on as he tries to invent evidence. All Mueller can do is harass Trump supporters including Roger Stone and Jerome Corsi. Perhaps he hopes to lure them into a perjury trap. The Democrats don’t care if Mueller’s witch-hunt looks fishy or not as long as Trump and the ‘deplorables’ are harassed and stung.

For Hillary, it’s a matter of revenge.

The Democrat party is led by Nancy Pelosi. She’s a terrible leader and pushing 80, but she’s great at sucking up money. Obama and Hillary remain the main faces of the Deep State. Barack wants to have a ‘foundation’ just like the Clintons set up. He will continue to be a player behind the scenes has he cashes in and gets stinking rich as a reward for doing the Deep State’s bidding. Meanwhile, Hillary is treading water until her next presidential run.

Maxine’s Waters is a dangerous place.

It’s filled with rip tides of irrationality, money-sucking whirlpools, socialist eddies and Deep State sharks. Yet there is laughter, too. Adam Schiff and his sputtering puffery and Sponge Chuck Full Pants Schumer for example. Regardless, the Democrats are making sure there will be no smooth sailing for Trump. 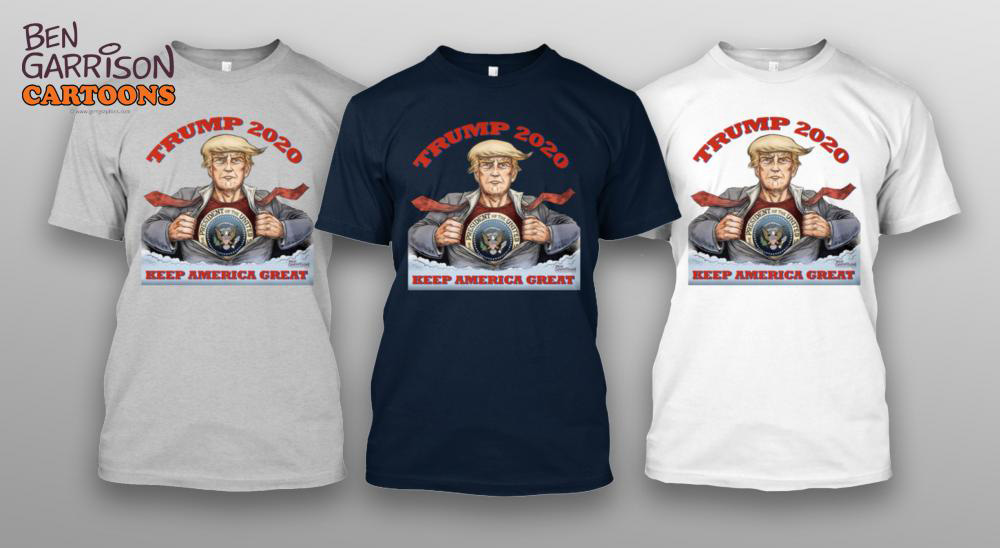