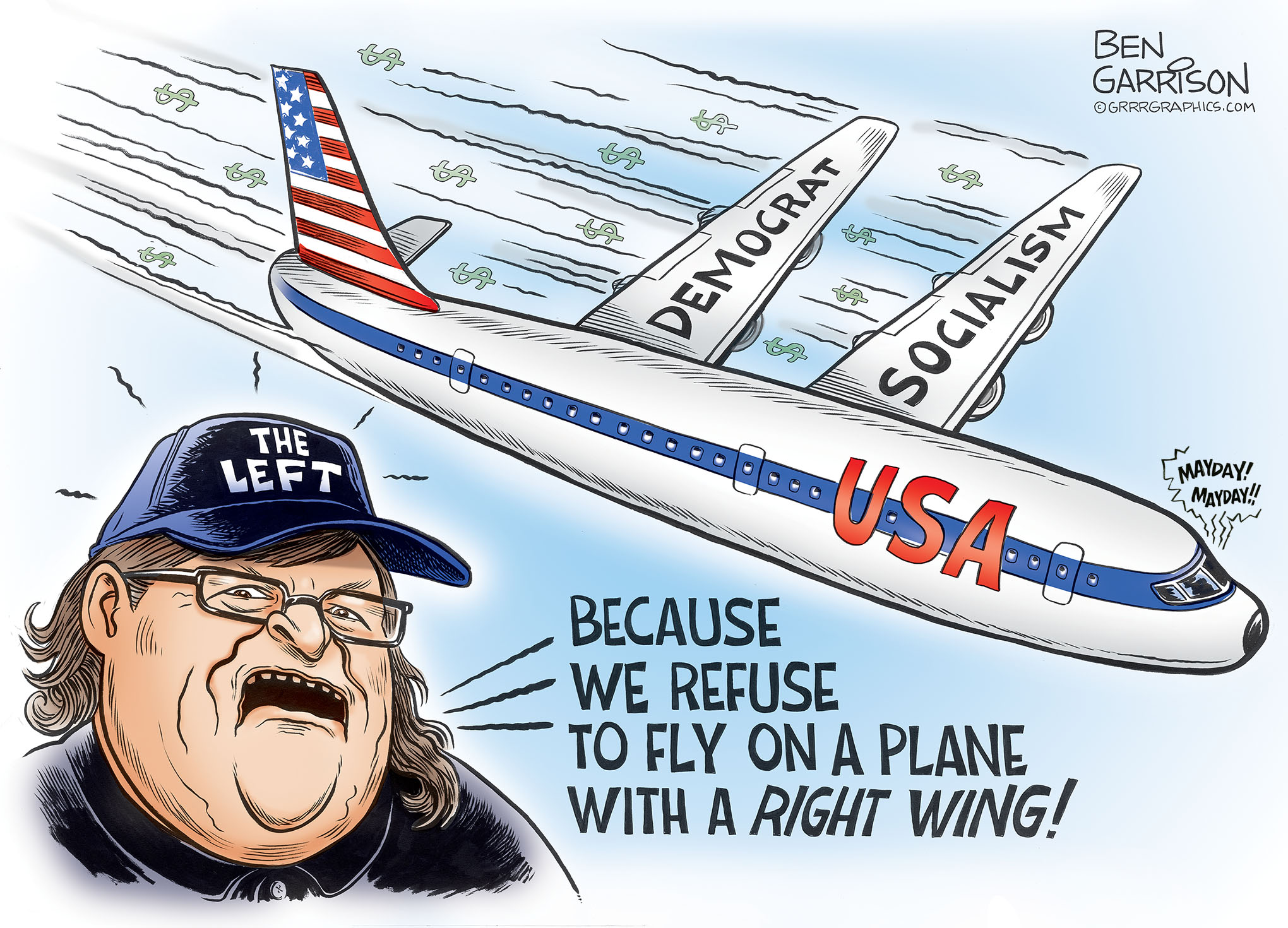 The DNC Chairman, Tom Perez, endorsed Alexandria Ocasio-Cortez as ‘the future of our party.”

The old socialist windbag, Michael Moore, perhaps best represents the ‘new face of the Democrats’. Like Moore, the Democrat party has grown fat with arrogance and resentment.

Moore urges violence to stop Donald Trump from picking a new Supreme Court justice. The corpulent traitor wants bodies laid on the line, but his body won’t be among them.

He’ll make sure others are hurt while he remains in his mansion gulping down Ben and Jerry’s. His net worth is 50 million, but he won’t cough that up either. He wants American taxpayers to pay a 97 percent rate, though.

Moore wants us to turn in our guns, but his bodyguards will remain armed while protecting him. Along with the rest of the Democrat/Socialist elite, Moore thinks Trump is not legit and needs to be impeached.

We endured eight years of Obama’s scandals and lies as he tried to tear down America, but the Democrat Socialists can’t abide Trump as he tries to build America back up. Apparently they want to do away with conservatives and the right wing altogether as they fly the country toward failed socialism.

We’re in for a lot of turbulence if we ever allow that to happen. Fasten your seat belts.

New Q Shirts at the TeeSpring Store! Check them out!