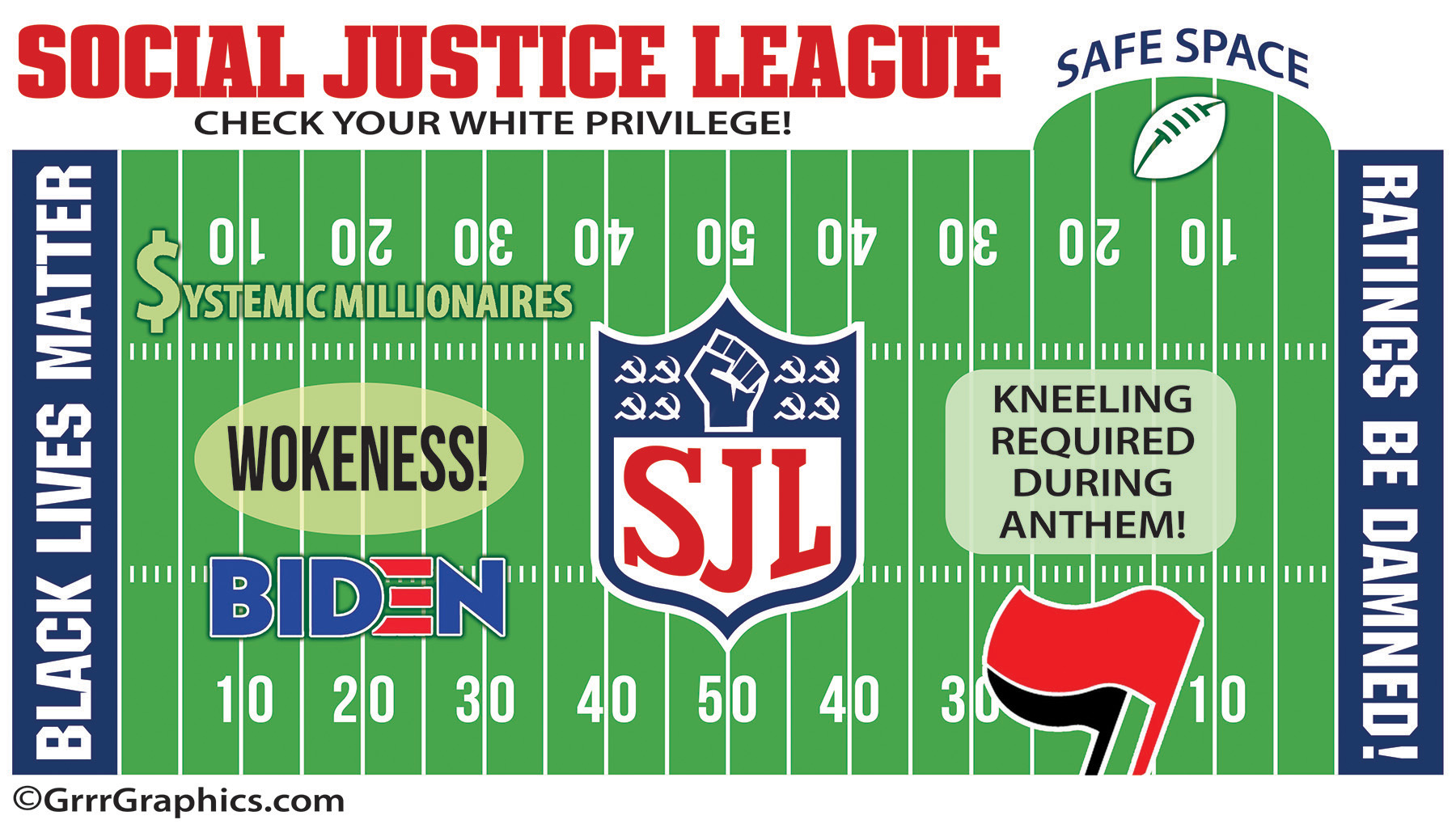 Will You Watch The NFL?

The NFL kicked off their season last Thursday. After two anthems were played, the millionaire players lined the field, locked arm in arm, to protest racial discrimination. America’s National Anthem used to be a briefly unifying moment for all Americans — no matter what color or political persuasion. Everyone used to stand and respect the flag. This is no longer the case. The ‘Black National Anthem,’ known as “Lift Ev’ry Voice and Sing” was also performed, but it cannot be called a ’national’ anthem, since other races are not included. We are supposed to be one country, not two.Unfortunately the NFL commissioner, Roger “I wish we had listened to Colin Kaepernick earlier” Goodell, has now caved completely to the cultural Marixists that are the far left social justice warriors. The NFL is being used as a megaphone for radical propaganda and identity politics. It’s as if CNN is running the game. It’s now the CNNFL. Apparently, making money is no longer among the paramount goals of the NFL. First and foremost, the game is now about being ‘woke’ and an opportunity to protest. What gets lost in such a mindset is this: People want a respite from the endless bad news in their personal lives as well as the world. Sports is entertainment and provided such an escape. The games also helped Americans come together. No matter what color or political allegiance one might have, the games helped bring all Americans together.

Now sports are being used by the left as a means of division. The ratings dropped 16 percent for an NFL opening game. That shouldn’t come as a surprise. The real surprise is why the drop wasn’t more pronounced. Stop watching the politicized NFL and their oppressed millionaire players. —Ben Garrison