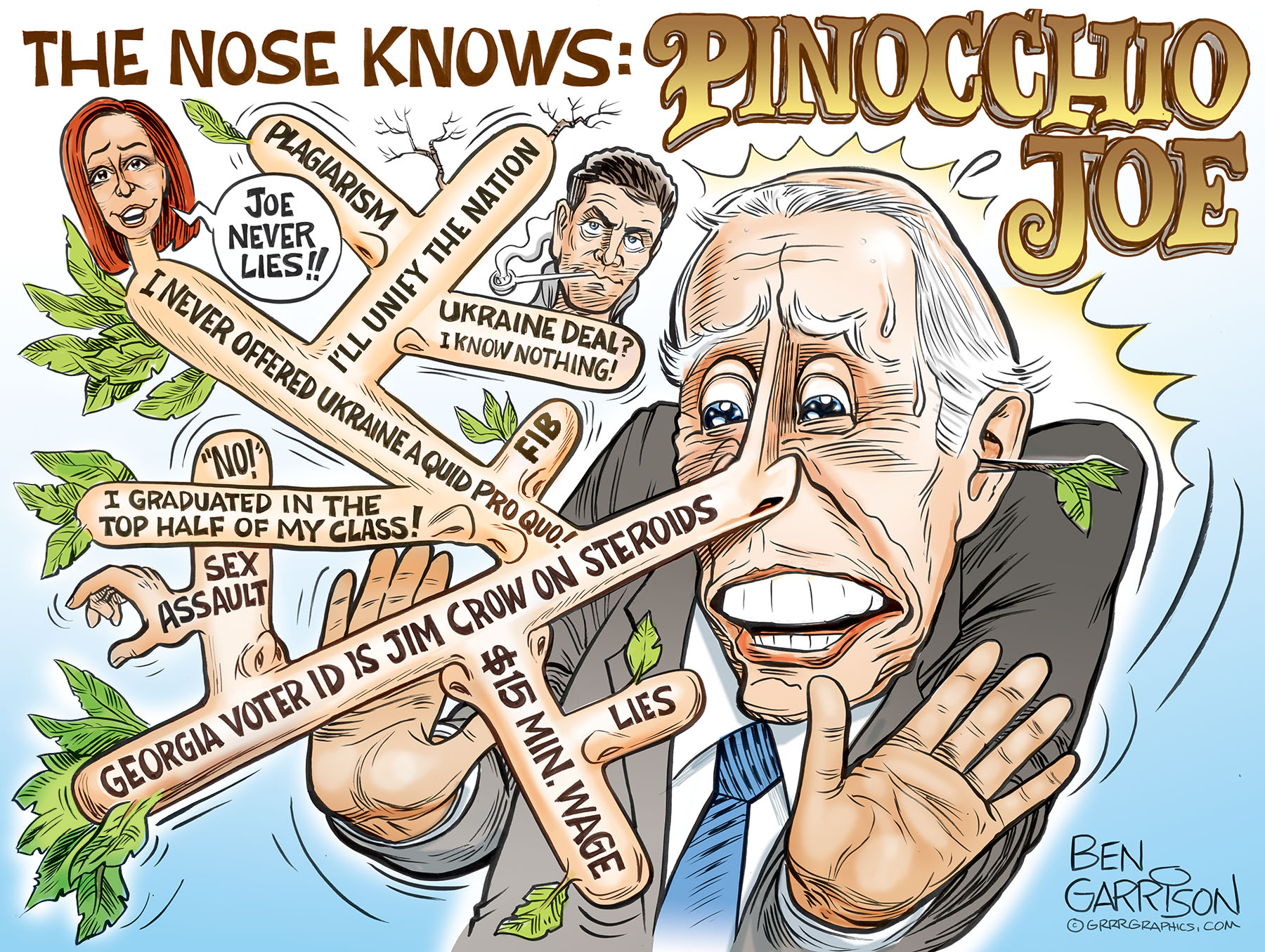 The Liar in Chief, Resident Biden

Joe Biden is a colossal liar. It’s one of the reasons the ruling caste arranged his election. Yes, Pinocchio Joe is a puppet of the globalists—and he’s heavily influenced by the Chicoms.

He may not be a slick liar like Obama is, but he makes up for it in volume. Lunch bucket Joe claims to support the working man and the middle class, but he really carries water for the New World Order types—especially the big banks. After the Biden regime was installed he immediately canceled the Keystone Pipeline and eliminated thousands of blue collar jobs. Same thing with the coal industry. Biden hates oil and coal—he’s helping the Bolsheviks bring about the Green New Deal. Helping the working man? He tells them they should learn to code. As for the $15 minimum wage he promised them again and again on his campaign trail—well, not so fast. His masters don’t want it, so Joe won’t deliver.

To me, Sleepy Joe’s most offensive lie was when he said his wife and daughter were killed by a drunk driver. Not so. The accident was the fault of his wife, but Joe invented a more tragic version so he could milk sympathy for votes. Then he went out and stole a new wife away from one of his biggest supporters. That’s the kind of man he is.

When President Trump rightfully called out Joe for Hunters shady Ukraine deals as well as Joe’s quid pro quo arrangement. Joe said billions of dollars in aid from the US would be withheld until they fired their Hunter-investigating prosector. This statement spilled directly from Joe’s own lips but at the debate he told Trump, “That’s not true!” That was about the extent of Joe’s debating skills. No facts—just blanket denials.

Joe promised to unify the nation and instead immediately went on a Trump supporter witch hunt. Now the nation is more divided than ever—and this is just how the ruling elite want it. A divided nation is easier to control.

Joe knows he can lie and get away with it. He thinks voters are stupid. His voters are—they kept electing his mendacious self into office for decades.

NOTHING LIKE A STRONG CUP OF COFFEE TO START THE DAY! HOWDY PATRIOT, BUY A “VIRTUAL” CUP OF  COFFEE FOR BEN. A FUN WAY TO SUPPORT OUR WORK AND FIGHT FOR OUR COUNTRY, CLICK TO BUY BEN A CUP NOW!