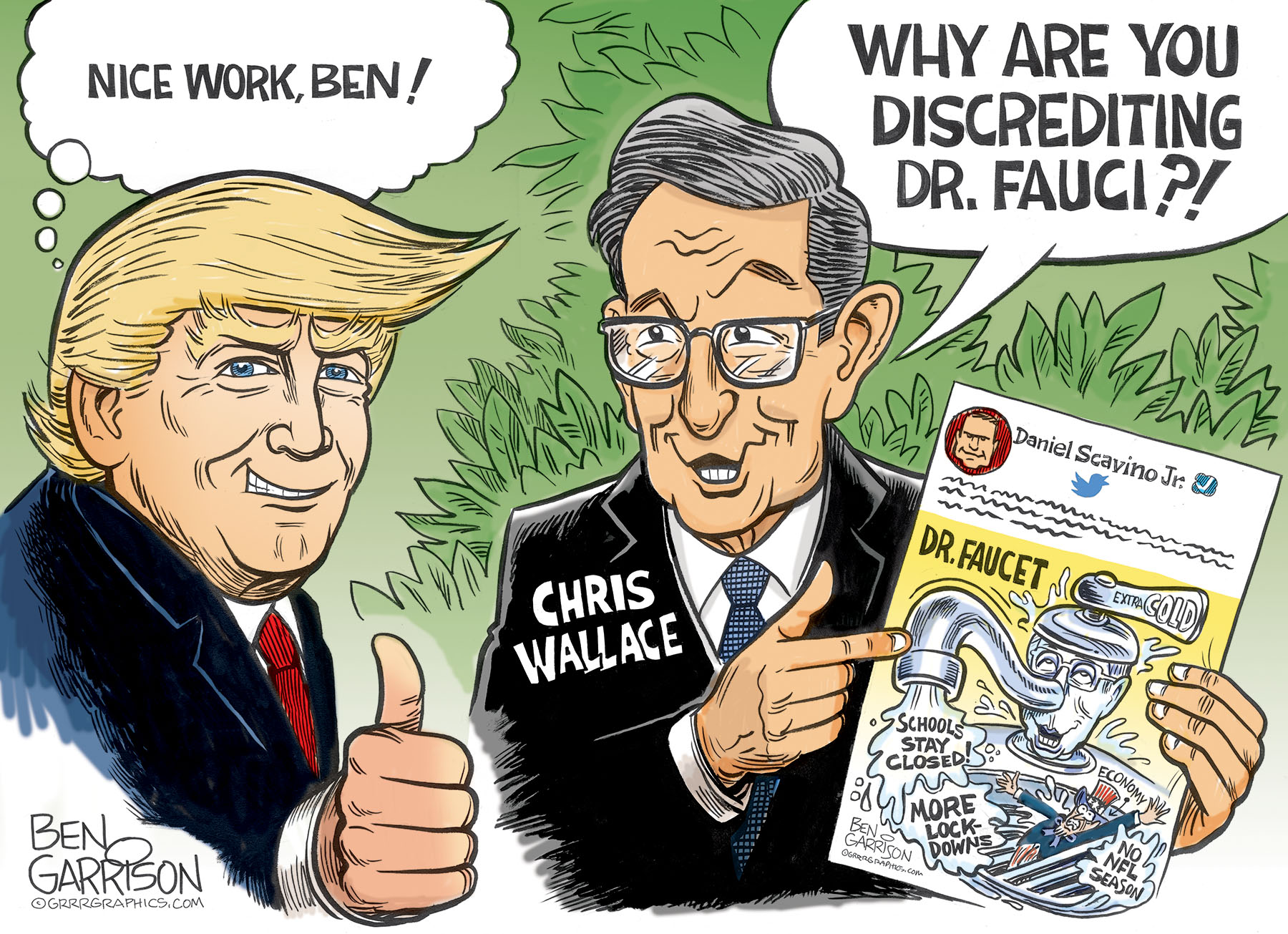 Fake Noose Media and The Left Triggered by Cartoon

Daniel Scavino Jr. is one of Trump’s top people at the White House and recently he posted one of my cartoons on Facebook.

Bedlam from the left soon ensued. It was a cartoon I penned back in May and I depicted Dr. Fauci as a spigot spewing cold water on the country and washing the economy down the drain. I titled it “Dr. Faucet.” I made him look extra leaky, and he may be leaking everything to his boss, Bill Gates…but I can’t say for sure.

My cartoon made the news. I saw it flashed on CNN, MSNBC, and later on FOX, a network that for some reason has Chris Wallace as one of their personalities. The lying mass media, always looking for opportunities to attack President Trump, began spouting nonsense about Trump being ‘anti-science’ and discrediting the wisdom of the good doctor. Wallace was no different and flashed my cartoon at the president and asked for an explanation. Trump handled it (and the entire interview) very well and said he likes Fauci, but disagreed with him at times and he also pointed out a few of Fauci’s many errors. Trump said Scavino’s free speech is his own opinion.

I’ve been told (by some of the White House staff) that President Trump has seen my cartoons and it’s one of the reasons I was invited to the Social Media Summit last year. I won’t go into what caused me to be uninvited, but last weekend I at least got to know for sure that Trump has seen my work because I saw him looking at it. I chuckled when I saw it. I almost hoped he would say something positive about it such as “Way to go, Ben!” or some such. Of course, that didn’t happen but I decided to indulge myself and draw a cartoon about it. Before I go I want to extend a very hearty “THANK YOU!” to all of you who have donated to our cause. We simply could not draw the cartoons without your help and when you look at our work on our site you’ll know you’re definitely a part of it. You make it happen.

The sun is going down in the west as I type this and soon I will be watching it go down while on the road. See you soon!

We are self funded- keep cartoons sustainable -Donate now at our Support Page or at our Pay Pal Me! Thank you!