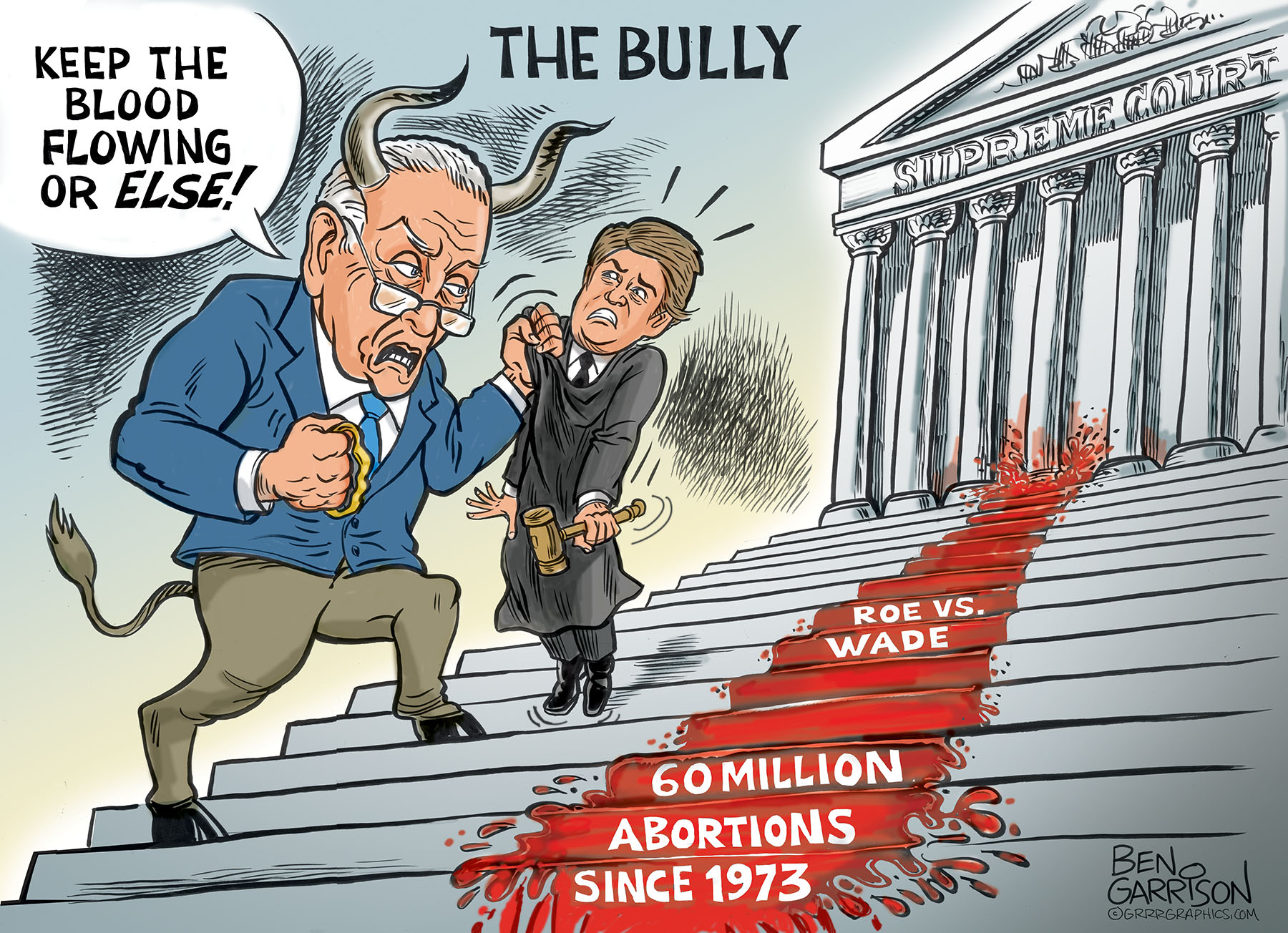 During a speech delivered on the steps of the Supreme Court, Senator Chuck Schumer threatened conservative Supreme Court justices Neil Gorsuch and Brett Kavanaugh. Both were appointed by President Trump. He warned them not to attack a woman’s ‘right to choose.’ In other words abortion. Here is his quote:

“You have released the whirlwind, and you will pay the price. You will not know what hit you if you go forward with these awful decisions.”

Trump asked that Schumer be impeached for making such a blatantly violent threat. Chief Justice Roberts also denounced Schumer. I doubt anything will happen to him. Democrats such as Schumer are above the law, but even CNN condemned his threat. Of course, they immediately said Trump has said similar things. The president hasn’t—otherwise CNN would have stated them.

Abortion is at the center of such violent emotionalism on the part of the Senator. Any talk of lessening abortion prompts instant anger from the Democrats, Hollywood, and the mass media. They have been extolling abortion as ‘health care.’ To them, it’s a virtue. Something to be celebrated. Some celebrities have proudly bragged about getting abortions. Elizabeth Warren compared an abortion with having one’s tonsils removed. Hillary Clinton said a child isn’t a human being until the second it is born. A few seconds before birth? Well, the baby is not legally human, according to her. Now some are even saying infanticide, or ‘post birth abortion’ should be legal.

What they’re really saying is an unborn baby is nothing more than a mass of cells. Mere matter. An unborn baby has no self-awareness, therefore it is not human. Just a blob of matter. That’s what some in the pro-abortion camp say, but some adult humans aren’t self-aware, either. Dementia patients, those in comas, and the mentally ill may not be self aware, either. Does that mean they’re no longer human as well? It’s dangerous thinking and it plays into the hands of the eugenicists.

The Democrats and pro-abortion cheerleaders shouldn’t get to decide these things, but I also realize a woman will get an abortion no matter what if she’s determined. No law will stop her. We don’t need new laws, but many need to stop celebrating the death of millions of humans that didn’t get a chance to reach their potential. Abortion should be seen as a tragic thing regardless of the circumstances.