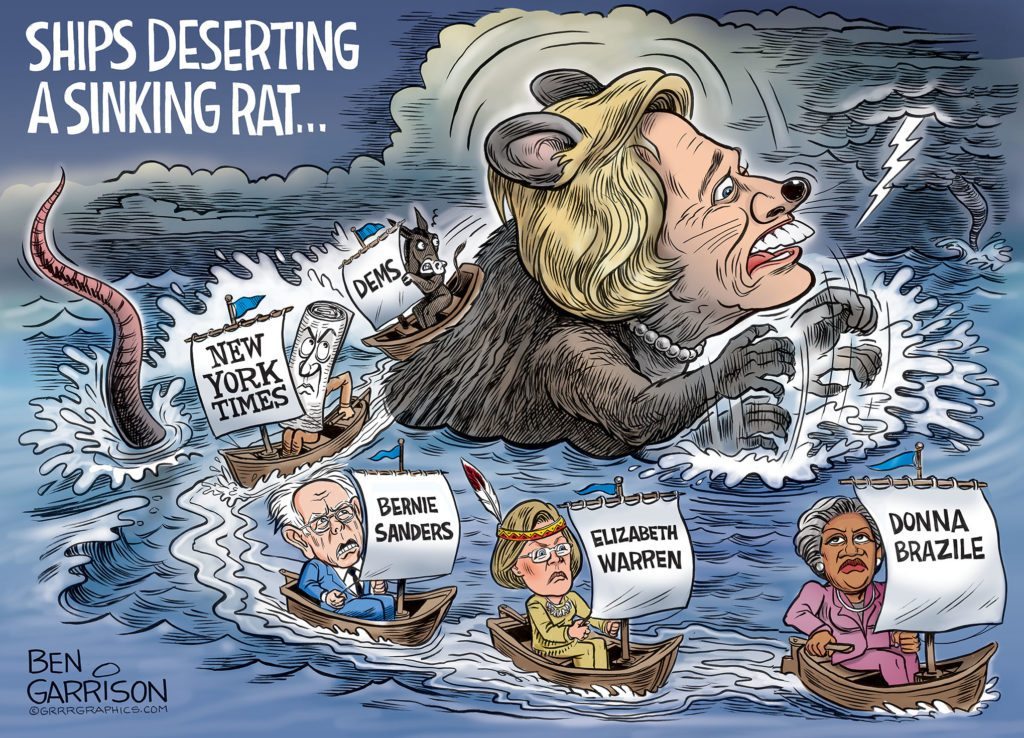 When the Clintons left the White House in 2000, Hillary claimed they were ‘dead broke.’

Now they’ve amassed a fortune of $240 million. Doing what? Speaking fees, ‘consulting’ and book sales are cited, but what the legacy media ignores is their real money maker: The mass of red flags that is the Clinton Foundation. It was established for egalitarian reasons in 2001, but its real purpose is the enrichment of the Clintons and their cronies.

Money brings power and Hillary used it in an attempt to buy the presidency.

As Secretary of State under Obama, Hillary gained even more money and power by means of ‘pay for play,’ Nations lined up to donate mega millions to the foundation in exchange for her favors. The foundation collected over $2 billion in revenue. That money was used to buy supporters by means of first class travel tickets, bloated salaries and bribes. Clintons also used their ‘charity’ as a big tax write off. The foundation is a loudly spinning, corrupt and clanking money laundering machine crying out for an investigation.

Even the New York Times stated, “It’s hard to tell where the foundation ended and the State Department began.”

Hillary used part of her new fortune to buy out a financially struggling DNC. Then she proceeded to dominate it. She stole primaries from Bernie Sanders outright. Sanders fought back hard against her corruption. Oh wait. No, he obsequiously supported Hillary instead. Only recently has he stated, “The fix was in against us.” Elizabeth “Pocahontas” Warren also stated the obvious. That is, the system was rigged in Hillary’s favor. Donna Brazile described Hillary’s rigging in some detail and said Hillary treated her like a ‘whipping girl,’ a slave.

Hillary outspent Trump by a margin of 2 to 1. Her campaign ads outnumbered Trump’s 3 to 1. Hillary spent a record $1.2 billion to buy her presidency and still lost. Will she run and lose again in 2020?

Some prominent Democrats are wearily starting to wise up.

They’ve grown weary of Hillary’s drama and are speaking out against her. It may be dawning on them that Hillary is unelectable even though she still maintains her iron-clawed grip on their party. She’s seen not as a supporter of the working class, but rather part of the big money global corporation and central banking class. The one percent. She didn’t even bother to campaign in the rust belt states, which may have cost her the election. Hillary didn’t want to campaign at all—she seemed contemptuous of the process. Instead she wanted to purchase her coronation outright.

On various political message boards I read pronouncements containing the line, ‘rats deserting a sinking ship.’ Some urged me to draw a cartoon using that metaphor. The real rat is Hillary and she deserves a good sinking. If the Democrats have any smarts or integrity left, they will let her sink.

Buy Original
Note: There is only one original. I apologize if you click link and item is sold.