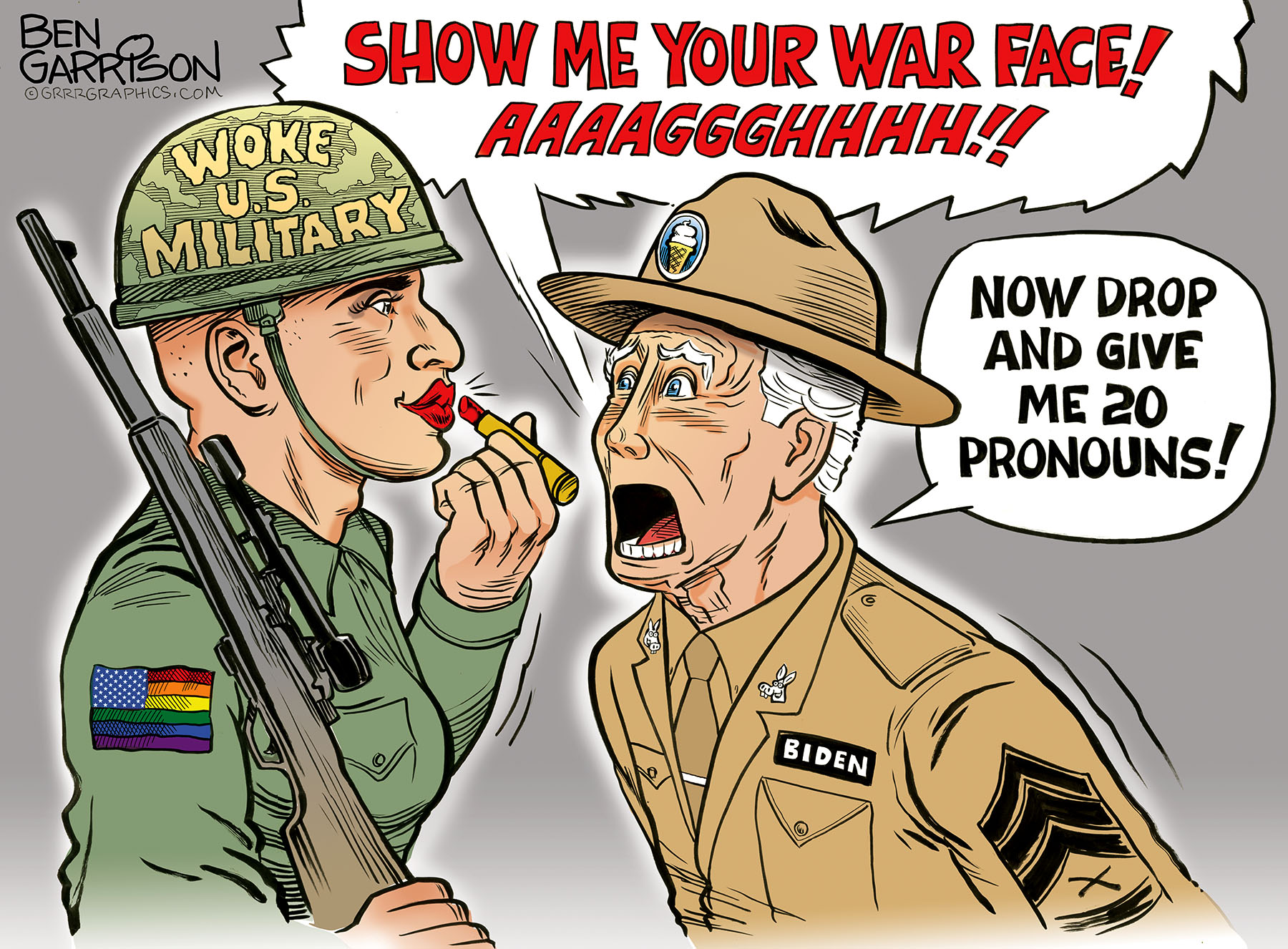 President Donald Trump recently said everything ‘woke’ turns to…well, failure is another word for it.

Critical Race Theory was designed to destroy the fabric of our culture. It’s a form of Marxism. We are now subjected to unwatchable ‘woke’ movies, woke universities, dozens of odd pronouns, and hectoring woke politicians. We’re all familiar with their schtick by now. They use worship words such as ‘inclusion,’ ‘equity,’ and make important decisions based on identity politics. Still, as annoying as it is, woke-ism is downright dangerous when applied to the military.

When the US fighting forces hastily skedaddled from Afghanistan due to Biden’s incompetence, I noticed LBGTQ flags were prominently displayed—often equal with the US flag. No wonder the Taliban had contempt for our fighting forces. The woke philosophy was pushed onto the troops from the top down, however. It’s not the fault of our fighting forces.

There have always been gays in the military. They fought and died for their country, but kept their mouths shut about their sexuality. If asked, most denied being gay. Then, under the Clinton administration, a ‘don’t ask, don’t tell’ policy was instituted. That seemed to work well for a long time, but it wasn’t enough for the woke crowd.

Biden kowtowed to the far-left progressives and now does whatever he’s told. He’s responsible for promoting woke-ism in the military as well as many of his generals including General Milley, a proven traitor to his country. Woke-ism is at odds with Christianity. As a result, Christian soldiers are hounded as intolerant ‘haters.’ White soldiers in general are automatically stamped as racist according to the woke philosophy, but then it gets carried further. Many are accused of being ‘white supremacists,’ which means getting kicked out of the service.

Order your signed print of this cartoon today

Soldiers and sailors are no longer drummed out of the military for being gay. Instead, they are promoted. It doesn’t matter if they’re qualified or not. Look at Pete Buttigieg. He got promoted to Secretary of Transportation even though he couldn’t even figure out how to fill his town’s potholes when he was mayor. No, he was appointed by Biden due to woke-ism and identity politics.  Joe wanted a token gay representative in his cabinet and he got his man. Now he’s applying the same attitude toward his Supreme Court pick. Qualifications are trumped by race and sex. ‘Trans’ people in particular have become sacred cows. The military must cater to their special needs.

Woke-ism is very divisive and destructive to military cohesiveness. Other countries pick up on this fact and are emboldened. Russia and China, for example.

A weak military invites danger. Right now we have extraordinarily weak leadership. Instead of sending soldiers to protect our wide open southern borders, Biden is threatening to send them to Europe to protect their borders.

Everything Biden has touched has turned to…well, failure is another word for it. 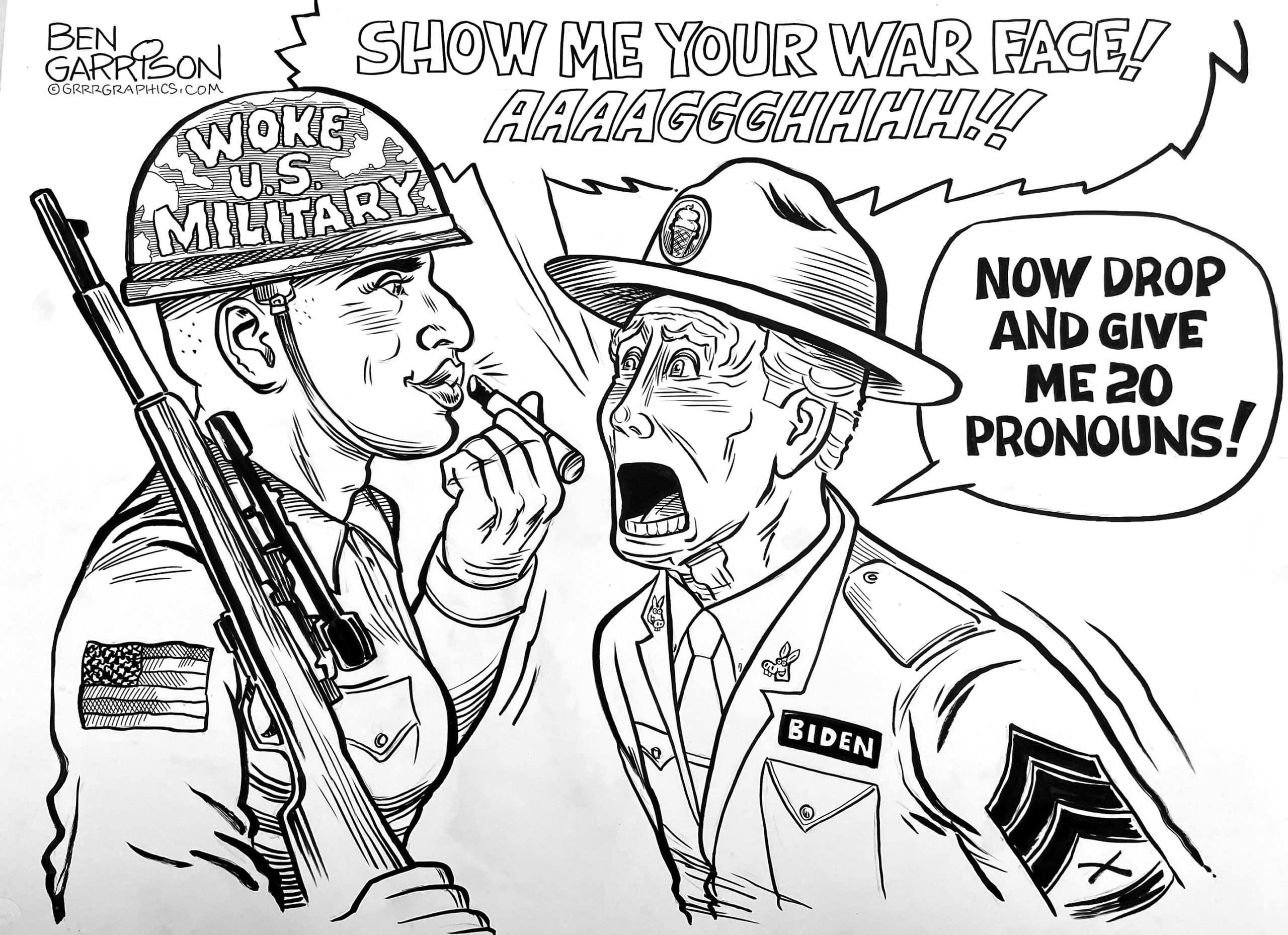