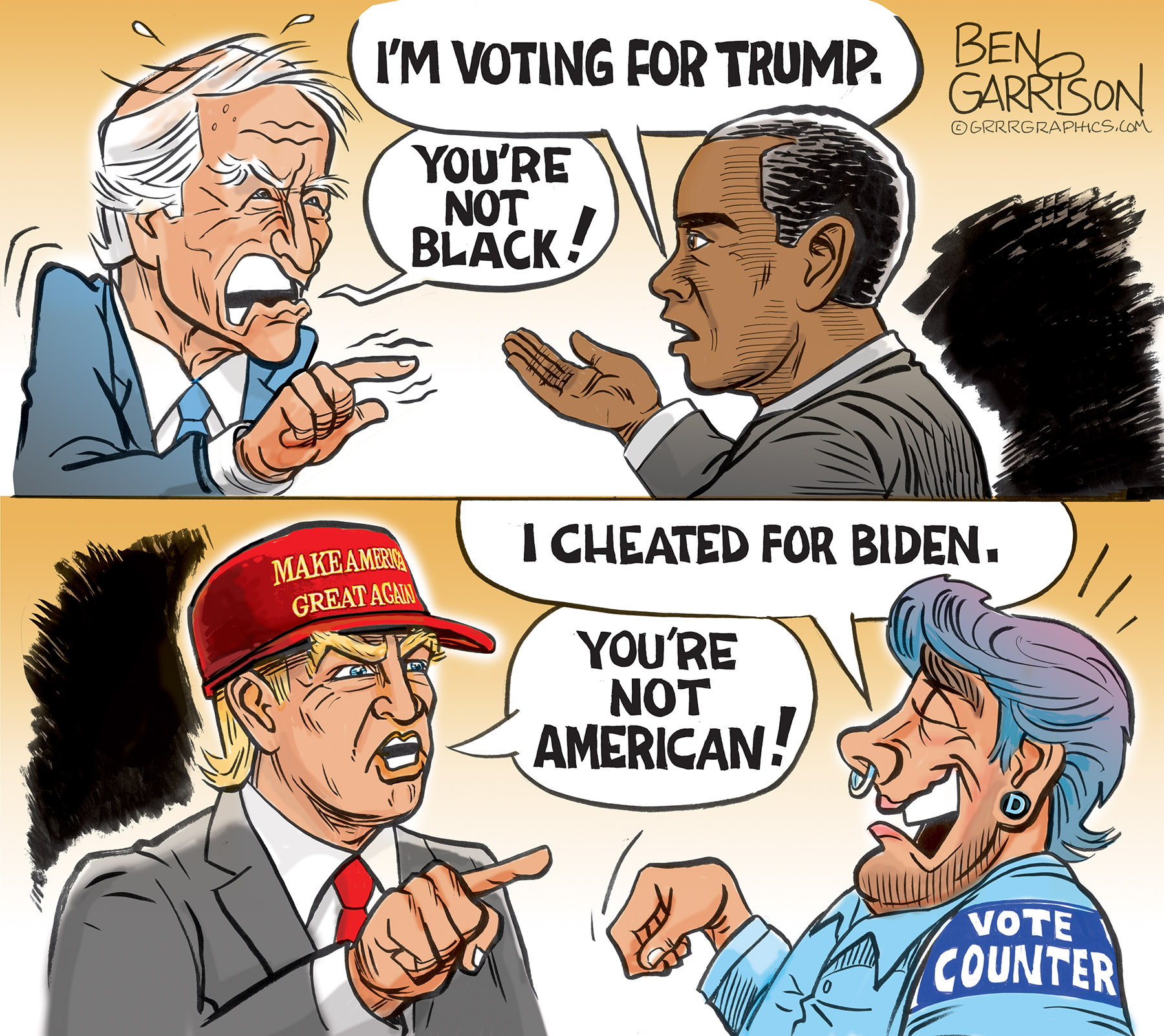 What can be more unAmerican than stealing an election?

Did the Democrats decide to start a civil war at the polls and not tell Trump voters? Do they think we’re going to fall in line, smile, and accept it like their media instructs us to do? Such rampant and coordinated ‘ballots on pallets’ had to be well planned in advance along with COVID-19.

It might be hard to fathom at first, but upon reflection it’s easy to see how Democrats can easily cast tradition, patriotism, and morals aside in order to make sure their side won. Public schools, universities, and the Democrat-led media all tell their followers that America is evil, systemically racist, and ‘unequal.’ America’s past is portrayed as reprehensible and so completely tainted by racism and inequality that it’s worthy only of total destruction. The Democrat’s cynical hatred for America helps make it easier for them to usher in their globalism and socialism. With that collective mindset, of course the Democrats are going to cheat during elections! The end justified the means in their equality-addled minds.

The mail-in ballots were put in place to strategically to allow blatant cheating. Without cheating they knew Sleepy Joe stood no chance and Joe knew it, too. It’s why he spent a lot of time in the basement. He drew pitifully small crowds when he did get out, but none of it mattered. He knew he had the election in the bag, along with his son Hunter’s crack pipe.

Stand and Fight- We will Win! Join us on SubscribeStar and support our cartoons- click to Join

If his fraudulent election isn’t overturned, Biden will restore Obama’s scandalous legacy and destroy the good work president Trump has done. Already they’re talking about getting back to a new world order and bashing ‘America First’ as if it were something vile. Yes, the Democrats think old-fashioned patriotism is vile. That’s why our National Anthem was attacked and historical statues pulled down. The Democrats would rather salute a communist flag than the American one. Biden will happily salute the communist flag of China as his son cashes in. Joe’s entire career in politics consisted of lying, smiling, and making sure his family cashed in as he groped and sniffed his way toward more power.

The predatory criminals residing in the Deep State swamp must not be allowed to get away with destroying our country.

Trump needs a second term if we are to have any chance at draining that swamp.

Hold the Line Patriots! Good things are about to happen- it had to be this way for the Deep State to be exposed! Thank you for your support- we shall prevail! Make a donation and support our cartoons in the fight to Save the Republic! Click to view