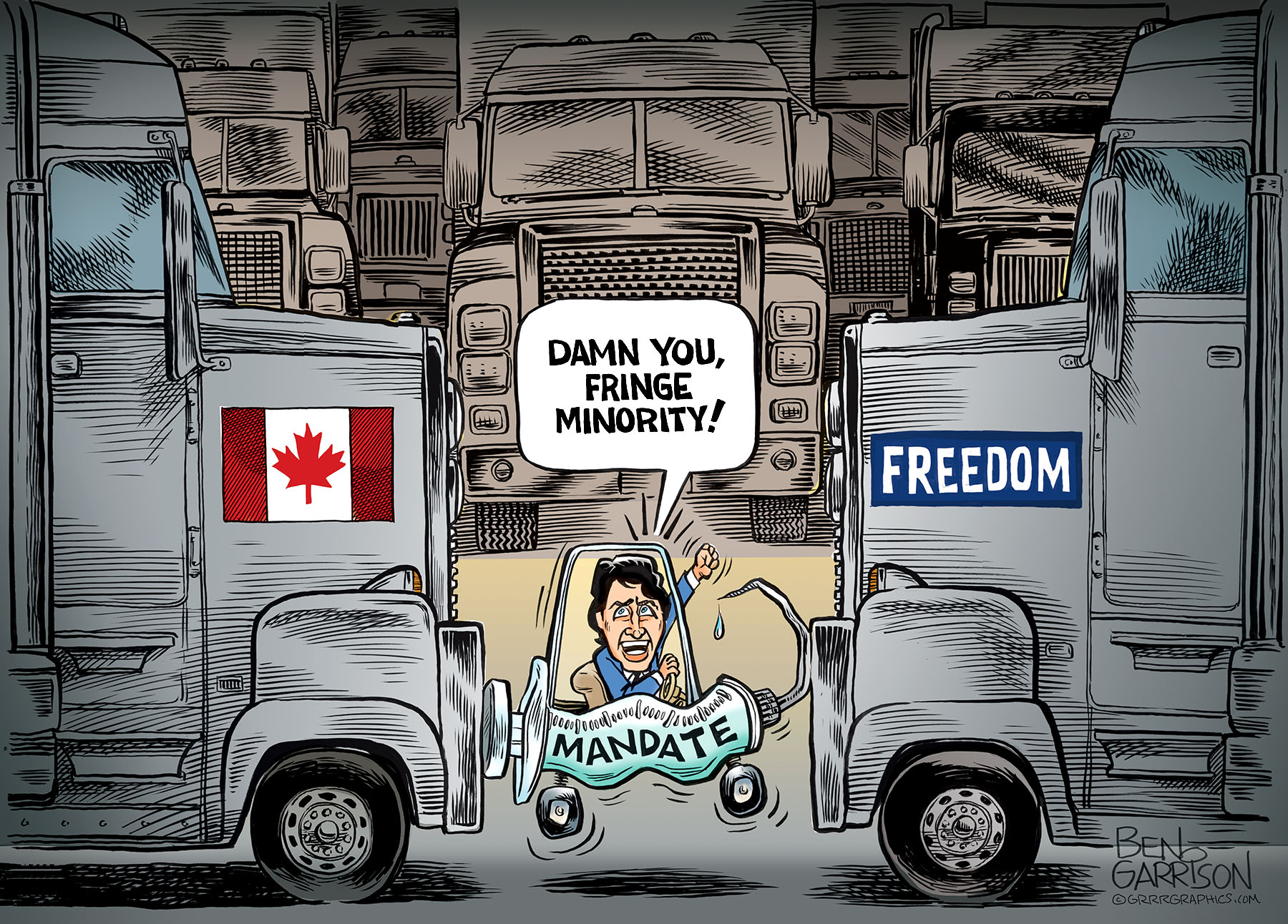 Between Trucks And a hard place…

Prime Minister Justin Trudeau is between trucks and a hard place. At first he dismissed the truckers as they drove to Ottawa by saying they were a ‘fringe minority.’

A joke. Something to be dismissed with a contemptuous wave of his hand. When it got more serious he pulled out his big insults and lies. He claimed they were engaged in vandalism and flying ‘racist’ flags. He pronounced the protest as ‘unacceptable’ and a threat to the economy. He even said the truckers were abusing small businesses and stealing food from the homeless.

If anyone hurt small businesses, it was Trudeau with his useless lockdowns. He hurt the working class by mandating injections of under-tested and dangerous vaccines. Trudeau didn’t care about health, though. We know he used Covid as an excuse to grab power. He wanted vaccine ‘passports’ to track and abuse citizens. Those who refused medical tyranny lost their jobs. Many Canadians finally had enough with Trudeau’s abuse of power. That’s why he has the situation he faces today.

The question is, how much longer will Trudeau dig in his heels while faced with a losing situation? He should quickly agree to the truckers’ more than reasonable terms. Jettison the vaccine mandate. What’s his alternative? Use brute force like his pappy Fidel Castro would do? Maybe order a Tiananmen Square similar to what his CCP friends carried out? It sounds ridiculous, but he already has snipers set up. If Trudeau chooses the might makes right option, it will spell the end of his regime.

We need to support the truckers and all protestors who want to end medical tyranny, not just in Canada, but worldwide. 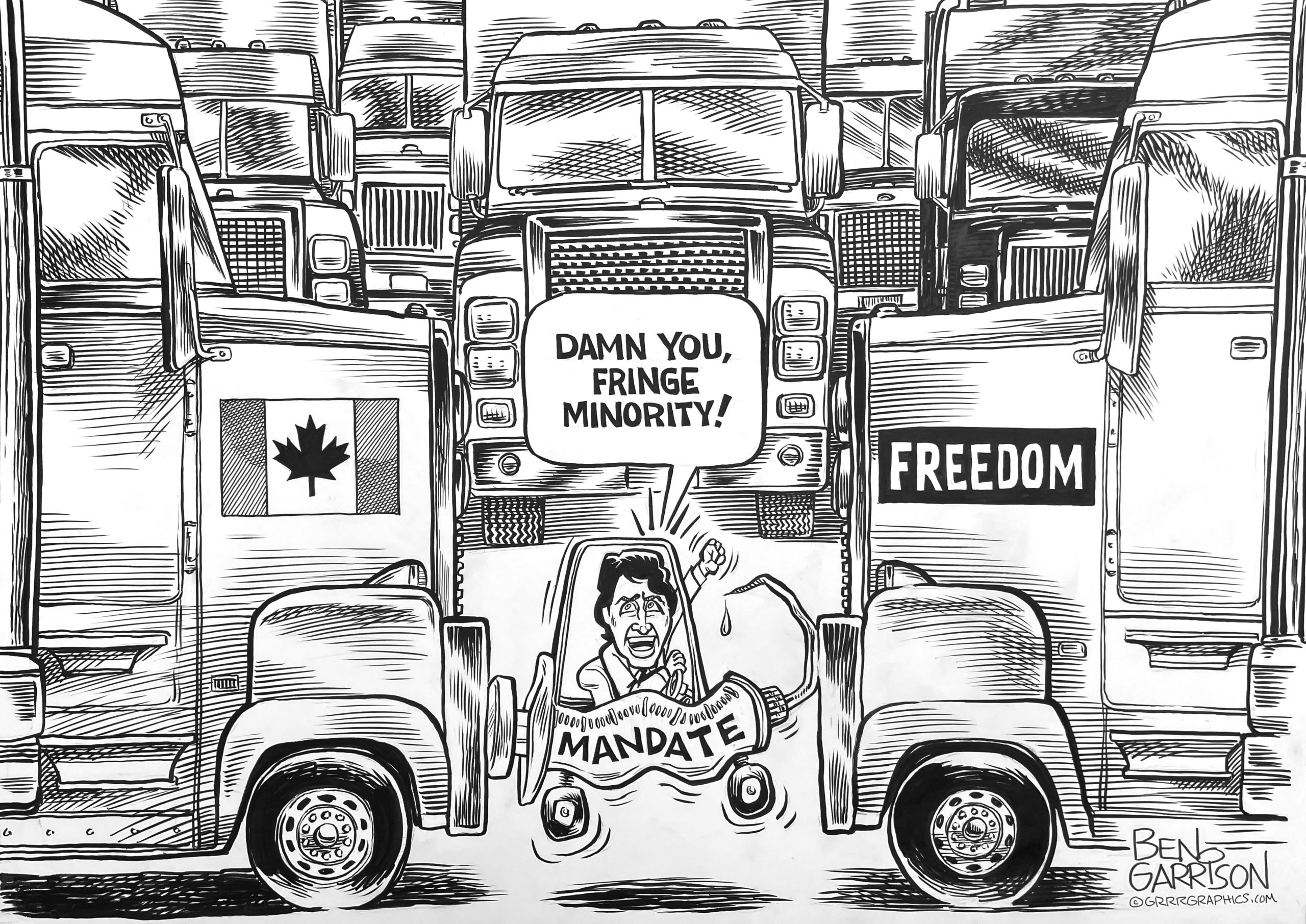