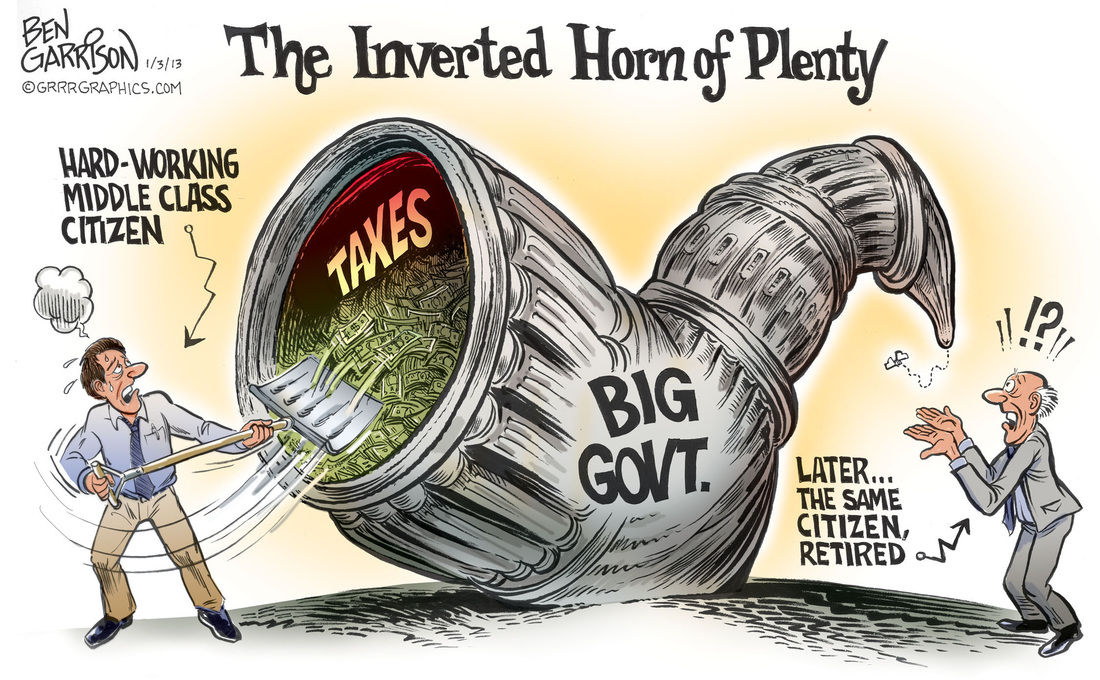 Being a small businessman, I’ve paid a lot of taxes over the years. The harder I’ve worked, the more big government has taken. Now the middle class must pay still more taxes even after Obama promised they wouldn’t. To be sure, there will always be more spending and more money for the military-industrial complex and the elite global banks even if it comes at the expense of average Americans. The elite banks and corporations will get the usual tax credits and dodges thanks to their wholly-owned subsidiaries, the bought-out politicians.
It’s a completely useless system, too…especially when considering the debt is now nearly 16.5 trillion dollars. It’s impossible to pay that back unless the printing press is turned up to turbo speed. In fact, a printing press really isn’t even necessary. Nowadays a few electronic switches are flipped and Bernanke pays off fellow mob members to keep them afloat. They get fabulously richer while the poor and middle class are broken.
The answer is to revolt and simply stop paying such an unfair, unjust and even unconstitutional income tax, right? Wrong. If you don’t pay, you risk armed functionaries in costumes showing up at your door. The government uses force. They have guns. They want to confiscate your guns so you will provide no resistance. That would make it easier for them to cart you off to a corporate-run prison where more injustice awaits. It’s a sick system and getting sicker.