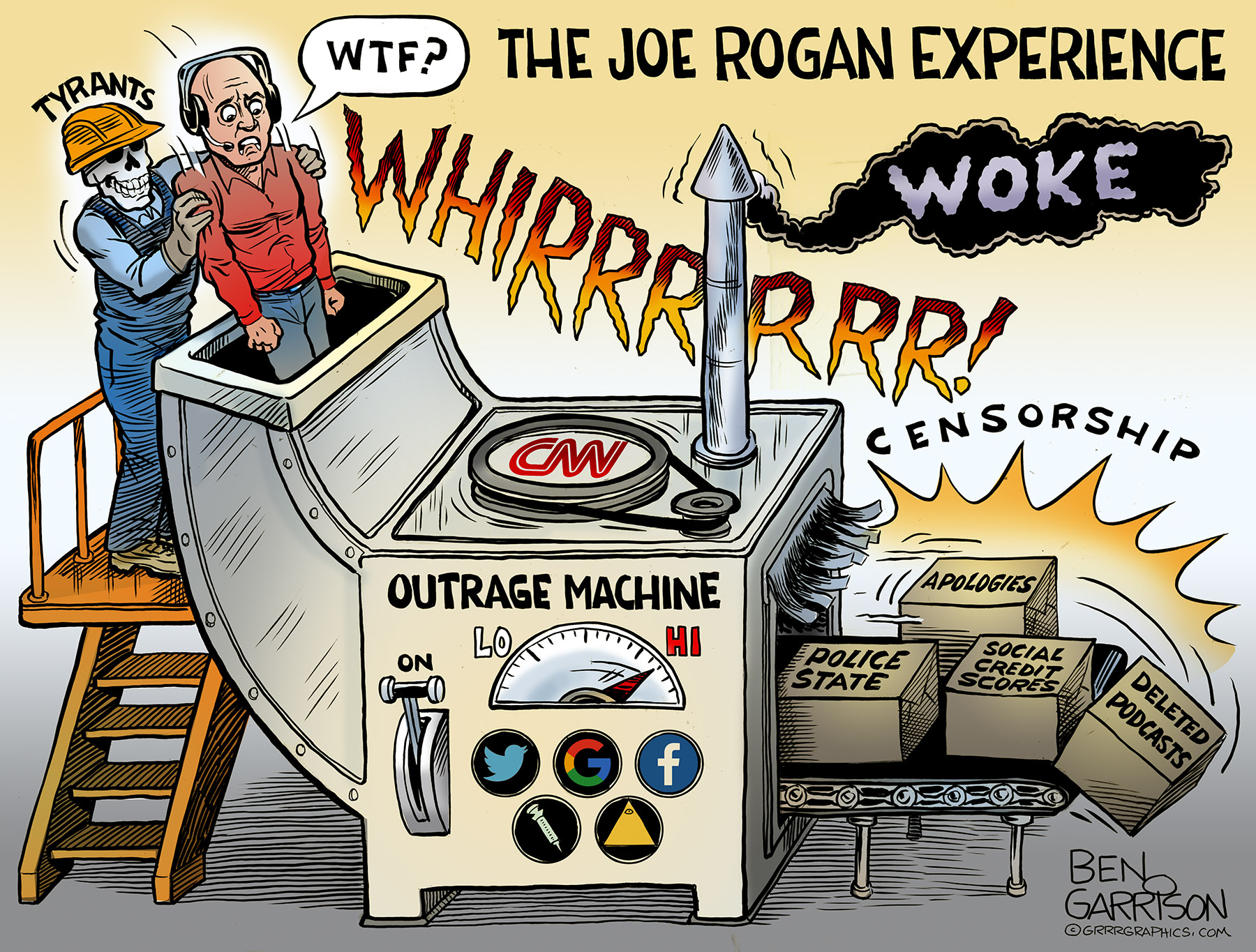 The “Outrage Machine” is always on

Joe Rogan commands a very large audience, over 11 million people tune into his podcast.  I’ve listened to only a few snippets of his show. When it comes to podcasts, I prefer Alex Jones, who is an artist behind the microphone.

Alex Jones was the first to be banned on social media. He got sued for Sandy Hook (which was indeed very suspicious) and they tried to ‘de-person’ him.

Now the ruling class has targeted Joe Rogan. They’re painting him as some sort of crazed, right-wing ‘white supremacist.’ That’s totally nuts, but the Marxists love calling their enemies Nazis and such. Joe Biden called Rittenhouse a ‘white supremacist’ and I don’t remember if Joe ever apologized to that.

Rogan has never voted Republican and has described himself as a ‘progressive.’ Another progressive, Jimmy Dore, has thoughtfully underlined that nicely in one of his videos.

Why would the totalitarians target Joe Rogen, then? Probably because he took Ivermectin and interviewed an expert medical doctor whose science doesn’t align with those in power. In other words, they accused Joe of spreading ‘misinformation.’ He was then thrown into their Outrage Machine and processed.

Joe made a big mistake by apologizing.

Joe should have read Vox Day’s “SJW’s Always Lie.” Day clearly shows that apologizing to social justice warriors only encourages them. An apology is like blood in the water to the WOKE sharks. Rogan is now getting the full ‘treatment.’

This is about more than taking down one man, however. It’s a power play to warn others not to step out of the ever-narrowing boundaries that have been drawn. It ties into the a coming social credit system and police state—which includes the thought police. It signals a narrowing of what we can say. Free speech is being replaced with fear. The totalitarians want us to be silent, sheep-like slaves and this is how they’re doing it. Joe Rogan could have stood up to them by refusing to apologize.

Never apologize to the woke outrage machine, you will regret it. 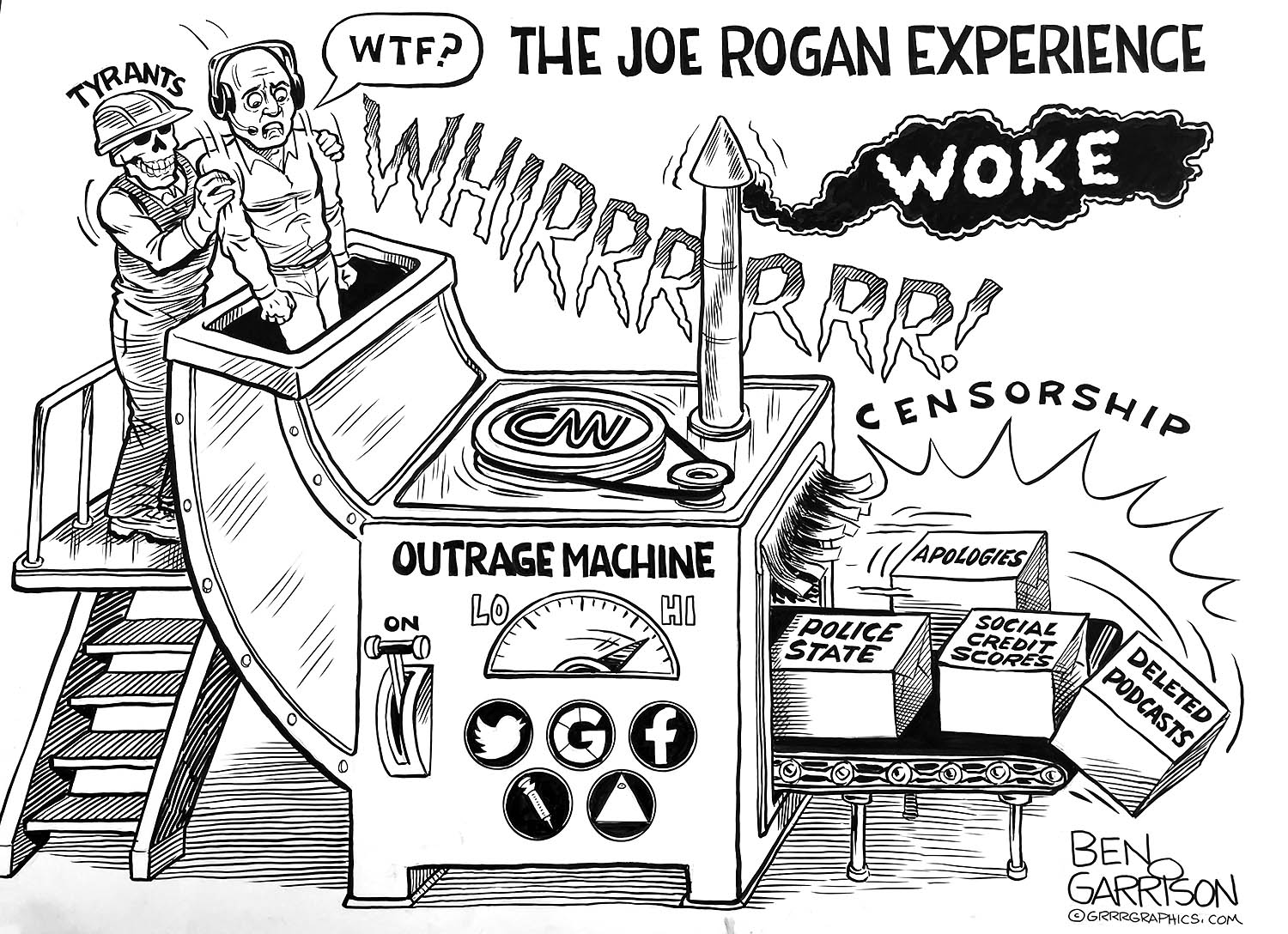