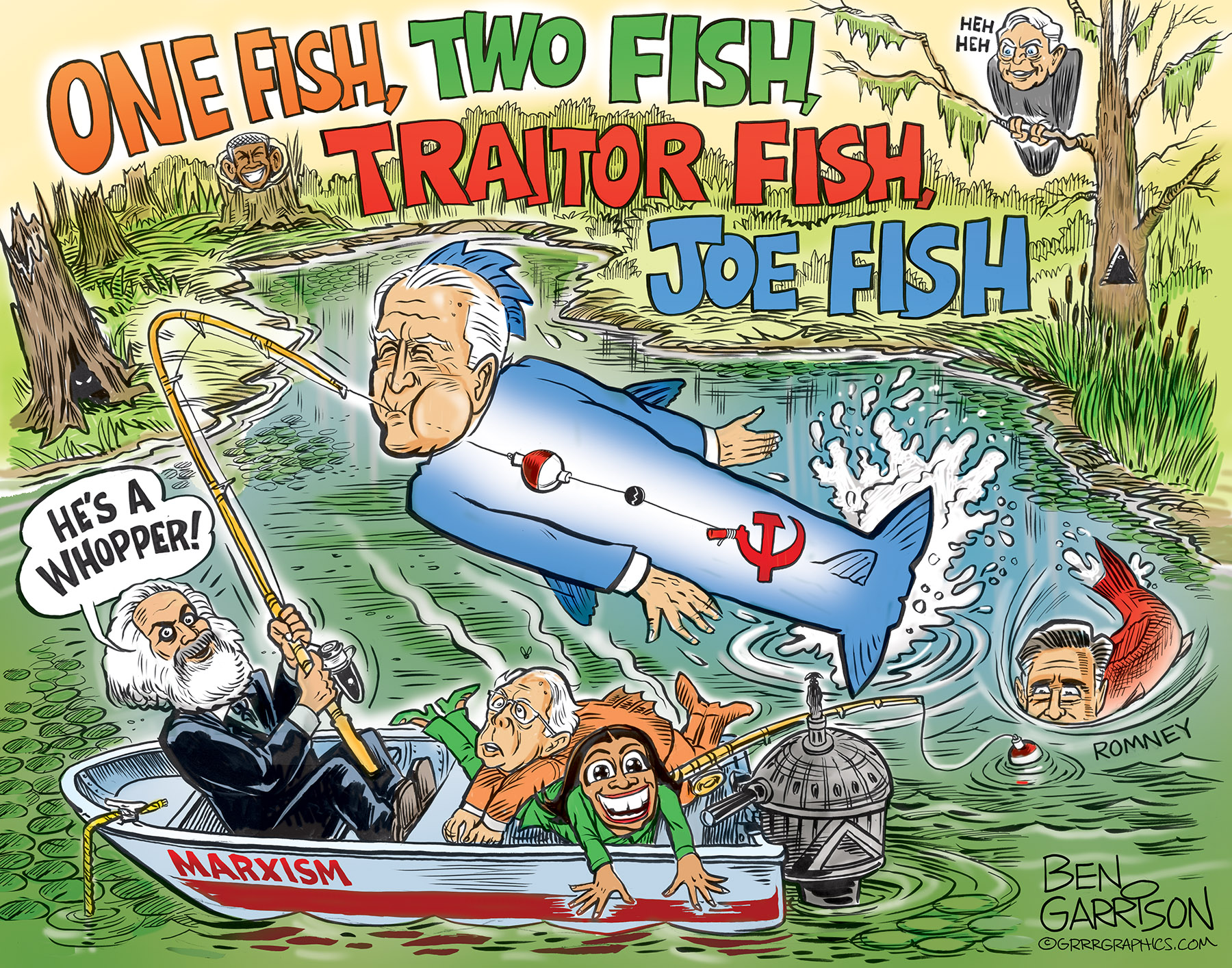 We know the Democrats have morphed into the ‘Socialist Democratic Party.’ The word socialism can be considered a euphemism for Marxism. Senator Sanders may say he’s peddling e a soft form of socialism, but we know he honeymooned in Moscow and praised Castro as well as the Sandinistas. Bernie is a Marxist.

So is Alexandria Ocasio-Cortez. Very few of the Democrat socialists believe in ‘America First.’ Instead, they’re all on the same page. They’re using climate change as a slippery slope that leads to communism. Like the Bolsheviks, they do not want a competing party. That’s why the violence committed by the Marxist Black Lives Matter group and Antifa is easily forgiven by the Democrats, yet the protest at the capitol building by Trump supporters is compared to the worst insurrection since the Civil War. The Democrats want to stay in power permanently and like the Bolsheviks, they will lie, cheat, murder, destroy American culture, and commit mayhem to do it.

The Republicans In Name Only or “RINOs” are really Democrats and globalists themselves. The Bushes, the McCains, the Cheneys have all been praised by the Democrats as ‘good’ Republicans. These neocons panicked and betrayed their own party when a real Republican and America First president was elected. Mitt Romney in particular showed his true Marxist colors and fought Trump at every turn. Romney is a traitor.

Perhaps the worst turncoat is Joe Biden. Good ol’ lunch bucket Joe pretended he was a traditional Democrat fighting for the middle class and blue collar types. Yet there’s something fishy about Joe. It’s obvious now that he’s swallowed the Green New Deal and Marxism hook line and sinker. He’d probably swallow Karl Marx’s fishing pole if he could. He has informed us that our Constitution isn’t absolute and that government is ‘We The People,’ not the citizens. Instead of unifying the country he has divided it further. He continues to denounceTrump supporters as terrorists and ‘white supremacists’ as he fails to prosecute Antifa members for burning down cities.

Biden is suffering from advanced dementia and is easily controlled by his Marxist puppet masters.

Obama said he wanted to fundamentally transform America. China Joe is continuing the transformation. It means more power to the government and less freedom for the people. The transformation is about making us a carbon copy of Communist China—with the Marxist Democrats as the ruling party.

Also Available as a Limited edition Print- Only 100 will be printed! Click to order!