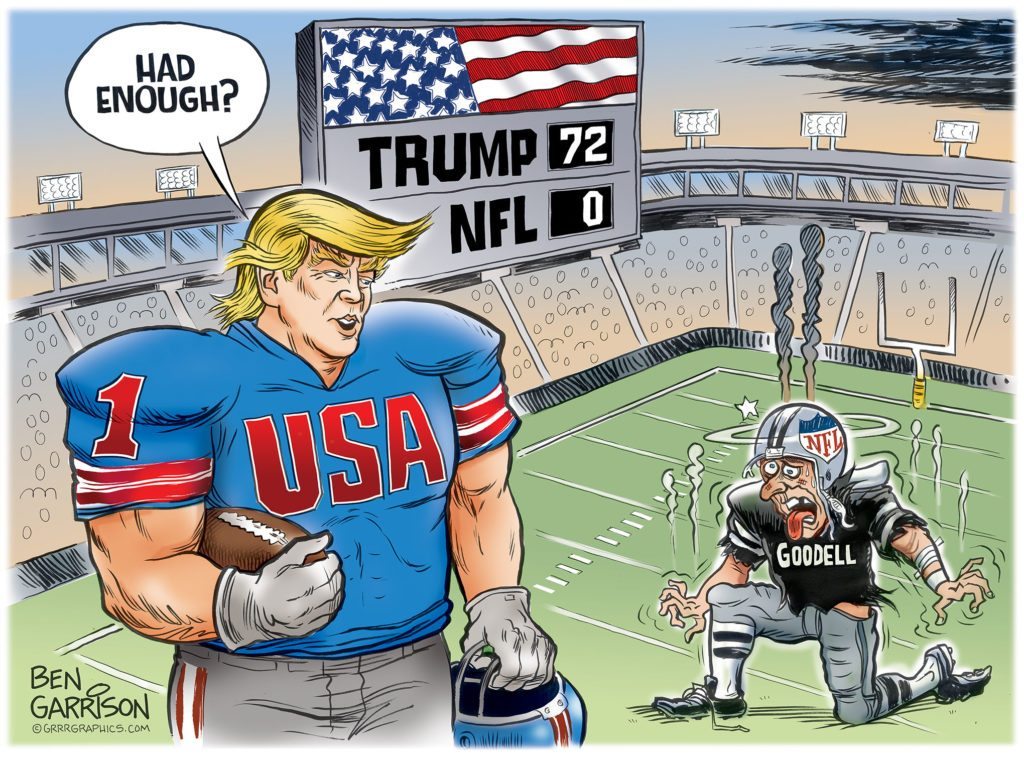 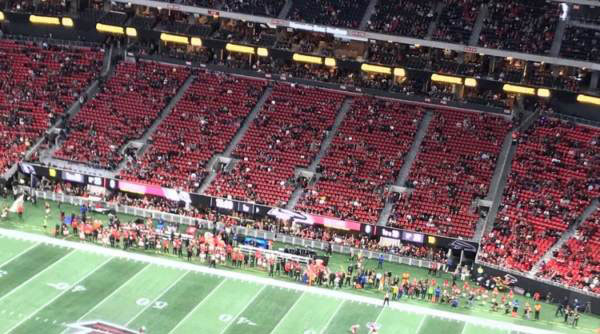 The NFL needs its fans a lot more than the fans need the NFL.

Commissioner Roger Goodell is just starting to figure this out as the decline in attendance and TV viewers continue to wane.

“Dilbert” cartoonist Scott Adams called it right. President Trump can’t lose this debate because “gravity is on his side.”

After Trump denounced the kneelers, more kneelers came out to virtue signal merely to ‘resist’ the president, thus enraging their fans even more. Too many players went full-SJW mode, apparently not caring that most of their fans do not support socialism, the Antifa or Black Lives Matter. They simply want to watch a football game and be entertained while suspending disbelief long enough to pretend that their support of their team somehow ties them in tribally with that team.

The kneelers shattered that illusion. Many fans began to realize they had nothing in common whatsoever with most of the spoiled millionaire players who continue to publicly display contempt for their country, their flag and their fans. (Now ex-fans) Why support players who hate you?

Roger Goodell showed abject weakness from the very beginning by not decisively punishing Kaepernick for kneeling during the anthem and now the subversive virus has spread. It remains to be seen if he will be able to quell the protests. Yes, we are guaranteed free speech in our Constitution, but that doesn’t mean we are guaranteed not to suffer the consequences of our free speech.

If an employee routinely insulted customers, his boss can fire him because he knows it hurts the business. How much more the NFL will suffer remains to be seen, but many fans will not return. After making his “every one should stand for the National Anthem “ statement, Roger Goodell said Wednesday that “there has been no policy change” regarding players standing for the national anthem before games. Yet another fumble by the NFL.

Trump’s swift kick to the NFL’s bottom line got their attention. Now will they stand to attention? Stay tooned.

UPDATE: Here’s a poll from Lou Dobb’s on standing for the national anthem and flag.