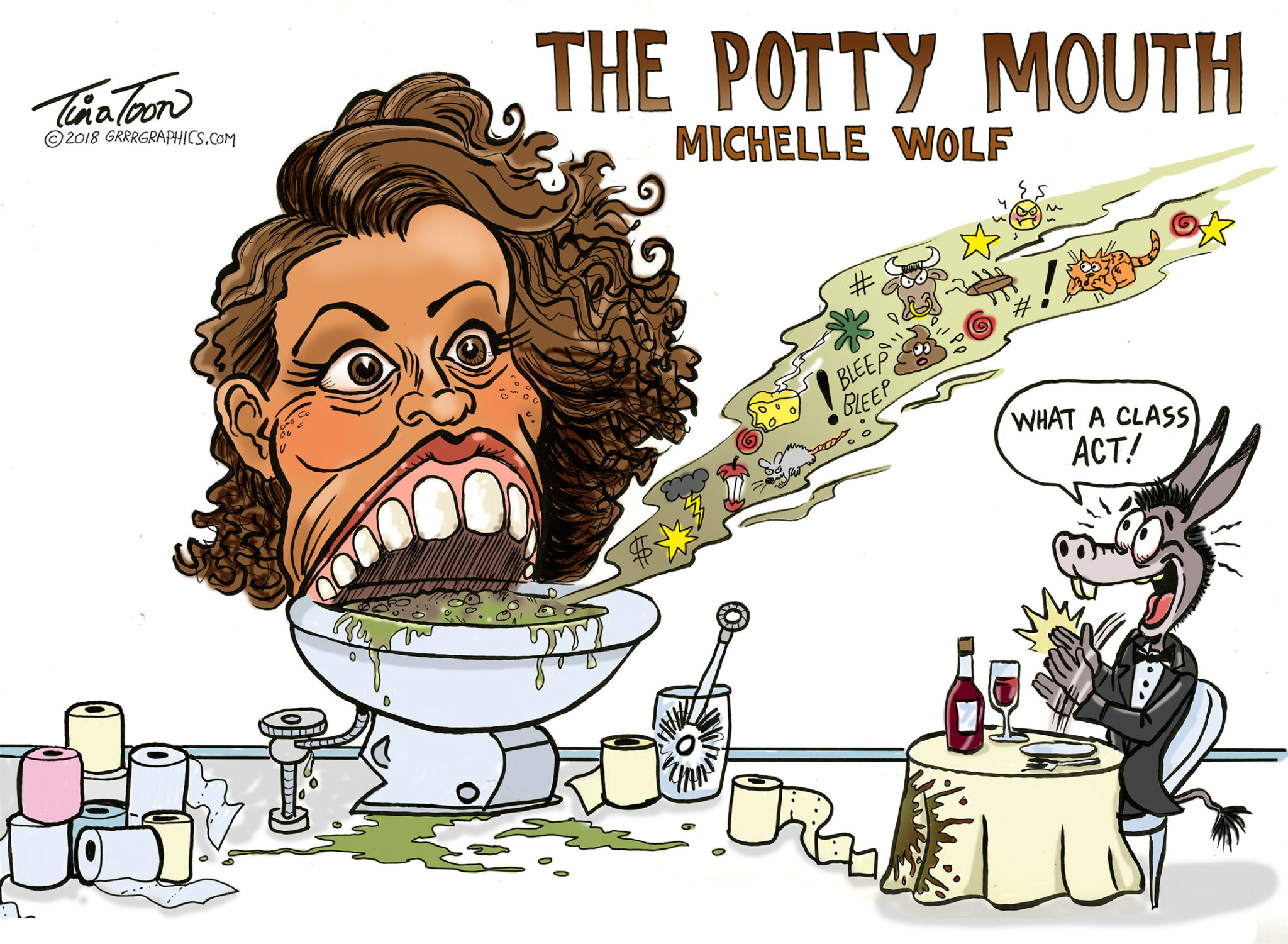 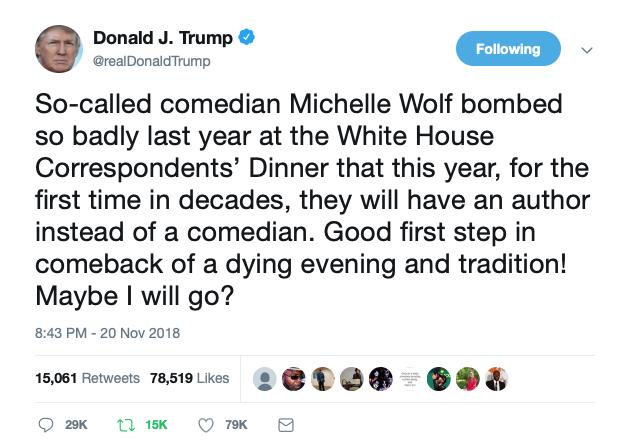 Michelle Wolf appeared at the White House Correspondents Dinner, a yearly event held to poke fun at politicians and enjoy a fine dinner and laughs.

This year the dinner was burned and over cooked just like the jokes.

I grew up watching Don Rickles, Mr. Warmth, a class act that could hurl blistering insults at people like Dean Martin or Ronald Reagan, and make them laugh at themselves despite the prickly barbs. Rickels came up with humorous barbs that “singed” the target, he never wanted to burn them to a crisp. And his audience loved him for that and always wanted more.

The audience knew the jokes were all in good fun and there was no hate involved.

Fast forward to 2018 and The White House Correspondents Dinner. Michelle Wolf not only “burned” her victims, she tried to incinerate them. This woman couldn’t recognize subtle humor even if it was painted purple and pranced around naked screaming “I’m a subtle joke”.

You could feel the unbridled hatred in her “jokes” which made the President’s decision to not attend the dinner a wise decision. That’s like being invited to a BBQ and finding out you’re the main course. You don’t feed these people.

Have you heard the newest jokes?

Michelle Wolf is what happens when Carrot Top gets drunk and wakes up with Rachel Dolezal. 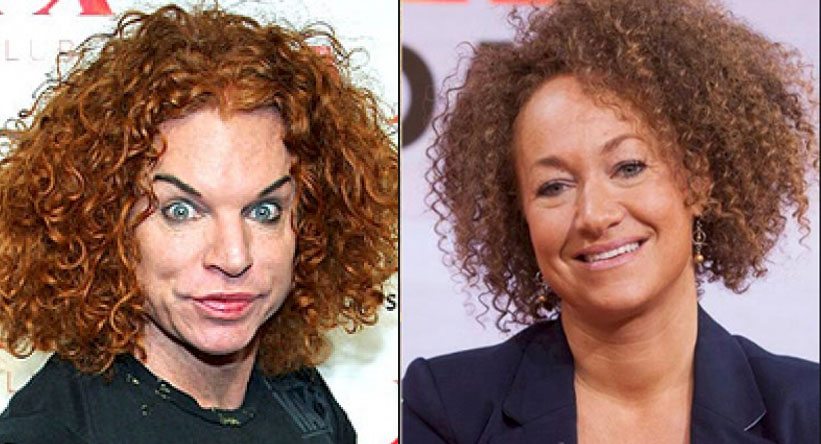 Michelle Wolf’s hairstyle is something between an explosion at a Brillo pad factory and left over spaghetti in the bottom of a trash can. Last time I saw hair that looked like that, was a road kill porcupine.

And the teeth, Wolf  gives Stonehenge a run for the money, don’t get me started folks. Michelle Wolf makes Butthead’s teeth look like a Crest white strips ad. Her gums are so big, Netflix is thinking of giving them their own show….

If you want more Tina Toons, fuel Tina’s caffeine addiction with a coffee!