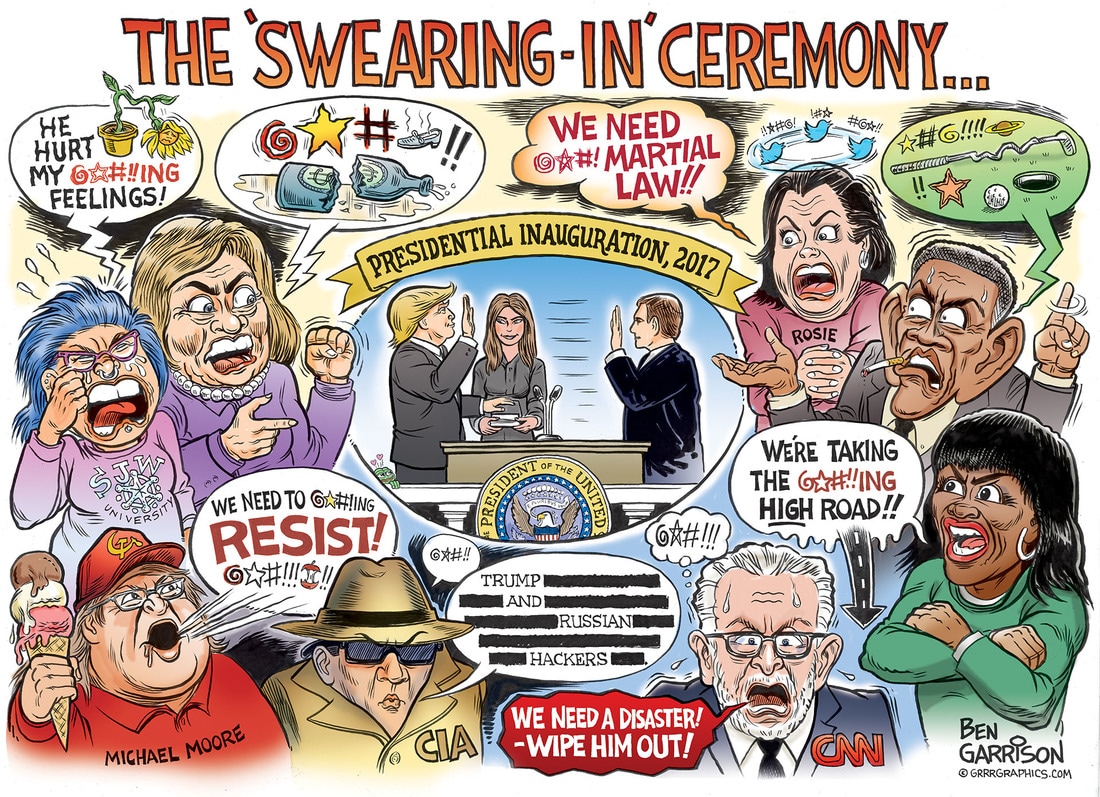 The Swearing In Ceremony

Inauguration day is here. The mainstream media, Hollywood, many politicians and the SJWs remain in a protracted sulk.

CNN continued their non-stop Trump bashing the night before the inauguration. They said Trump had better not try to bully the political establishment because they would be pushing back. They drummed up fear and implied Trump might start nuclear war. Even the weatherman claimed Trump’s hair could get rained on—thus revealing whether it’s fake or not. Well, we know what’s fake already: The mainstream media.

The CNN panelists then proceeded to vigorously kiss Obama’s backside. They called him another Gandhi. Yes, a man who dropped more bombs than any other president in history was compared to Mahatma. They called him a ‘philosopher president’ because he read books while in office. He should be known as the golfer president.

Obama claimed he ran a ‘scandal free’ administration and CNN eagerly parroted that. It was telling, because the mainstream media have become megaphones for the establishment. They could have found scandals a-plenty, but they don’t do investigative journalism any more. That’s because they are owned by globalists.

Then there was the fraud that was Obamacare. Never before has the country witnessed such a blatant display of petulant poor sportsmanship. They can’t and won’t accept that Trump has been elected our next president. A liberal on Facebook stated she would not even mention Trump’s name. “He’s not my president!” A liberal relative, who unctuously posted that we must all support Obama, now states we must resist Trump. Michael Moore has said pretty much the same thing, although he’d be better off if he started resisting Ben and Jerry’s Ice Cream. Rosie O’Donnell even cried for martial law in a desperate attempt to stop the inauguration. Meanwhile, Obama did his best to sabotage Trump including even trying to drum up a war with Russia. This is what Michael, er, Michelle must consider ‘taking the high road.’ Welcome, President Trump. I truly hope you can make America great again.