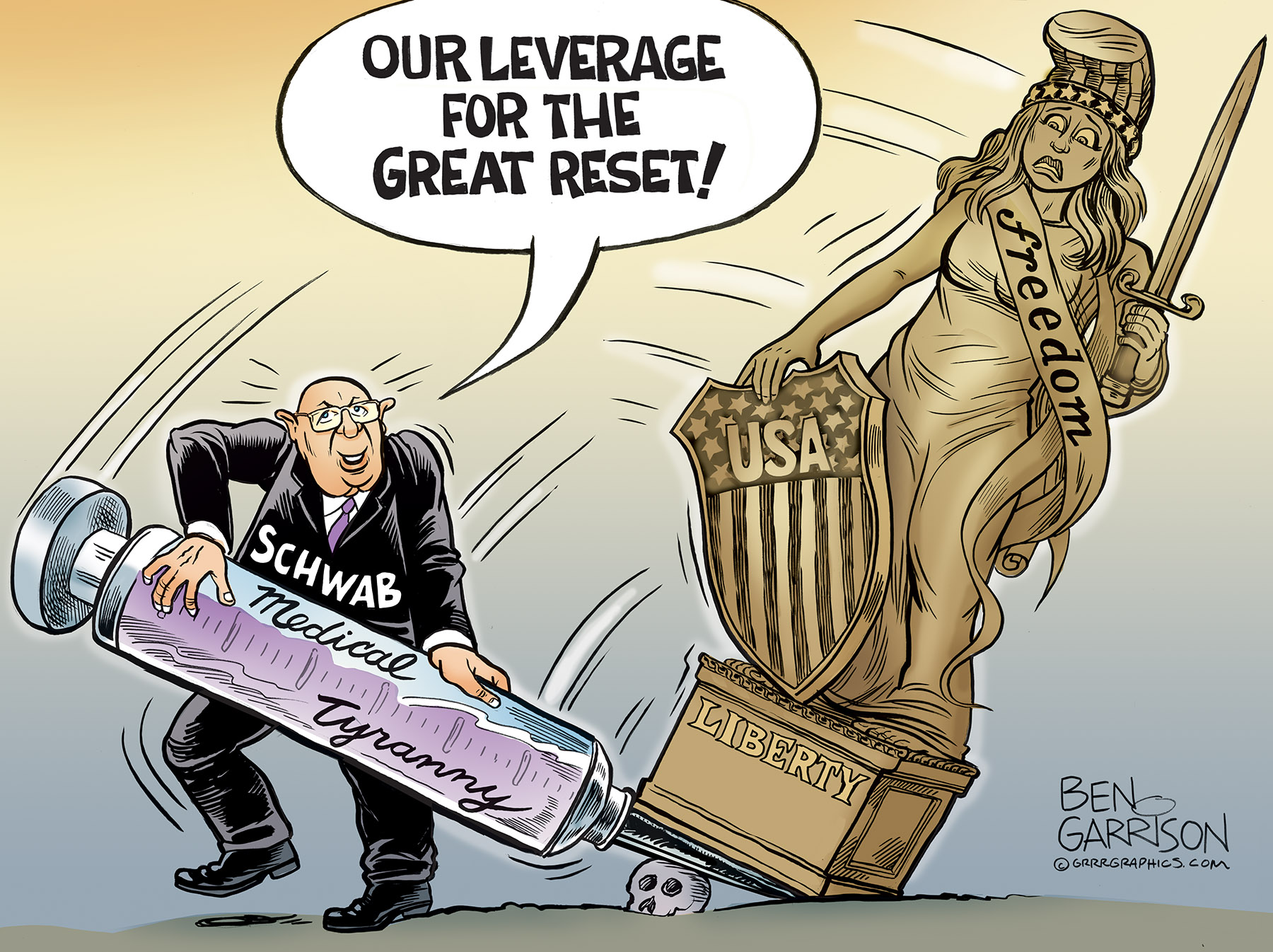 When China Joe and his operatives stole the election, it was quickly made clear that Biden was not America First. He even said as much. Biden is globalism first and he carries out the same agenda Obama was working on. That is, the gradual destruction of liberties and freedom. Only now, it’s not so gradual.

Klaus Schwab perhaps best represents the monstrous face of the globalists. He wants a ‘Great Reset’ which will force all remaining wealth to the very top of the pyramid. Sure, they already own and control nearly everything already, but they’re greedy Satanists who always want more. From the average citizen, much will be taken away. It’s why Schwab has lately been predicting a great atmosphere of anger. Well, sure. What does he expect? They’re shutting down small businesses, threatening to take away our ability to make a living if we do not comply with their medical tyranny. They allowing the IRS to get a better grip on everyone’s bank accounts, and worst of all, they are talking about forced vaccination.

Joe got his second saline shot the other day and mumbled something about how he wouldn’t be happy until a 98 percent vaccination level has been achieved. Notice how they keep moving the goal posts. Dr. Fauci originally said 60 percent would do the trick.

We’ve already seen what the New World Order globalists have done to Australia. They want that to happen here, too. They don’t want people freely moving about—it offends tyrants such as Schwab. They want total control over us all—and that means controlling access to churches, grocery stores, schools, and travel. Joe talked about banning interstate travel for the unvaccinated. It doesn’t matter that thousands who got the jabs are also coming down with Covid. It proves their so-called vaccines are neither safe nor effective. That kind of scientific data is simply ignored, however.

We’ve arrived at a tipping point in America. Biden will start doling out dishonorable discharges to those in the military who refuse the gene therapy injections. Those who refuse are not dishonorable. They are heroes.  Joe is dishonorable. He’s a tyrant. He told us that his patience running out. He’s a traitor out to destroy America and liberty.

Hang on tightly to our last, most important right—the right to bear arms.