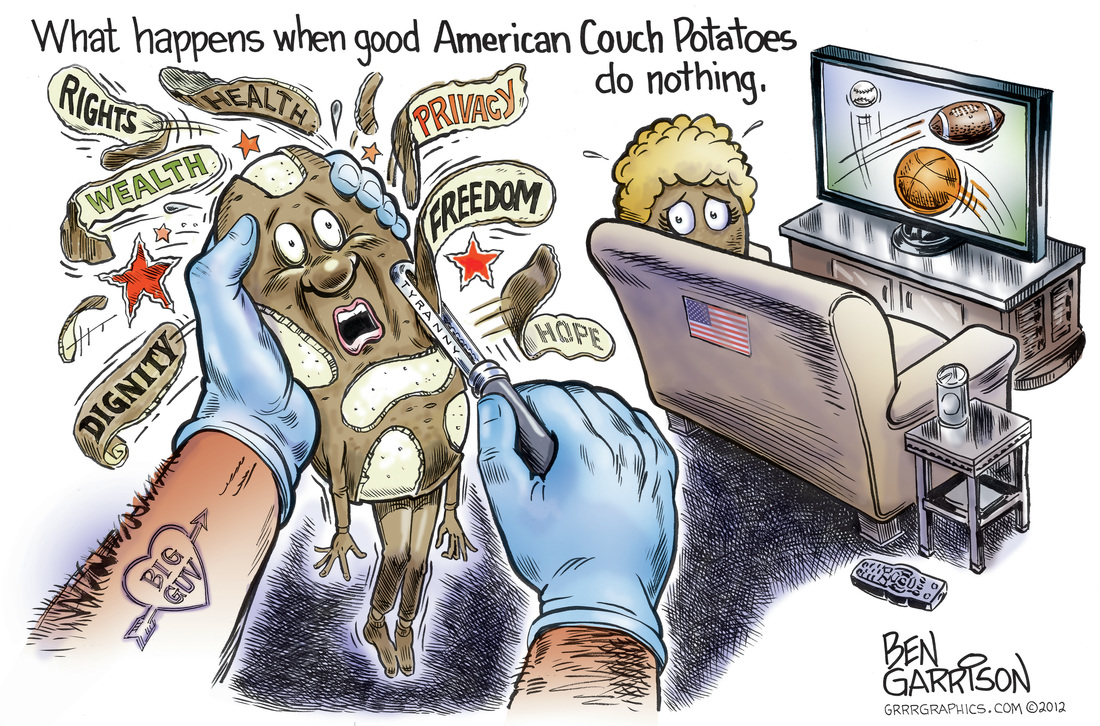 I’ve had the couch potato idea lodged in my brain for a while and it’s time it came out. I don’t want to castigate my fellow Americans too much because many are starting to wake up to the fact that a police state IS being slowly put into place. Recent developments such as the TSA and NDAA prove it. Next we will face armed spy drones.
Ten years ago few Americans knew what the Federal Reserve was or what they did. The Fed wanted to keep it that way. Today many know it’s a ruse by elite private bankers to enslave us with their debt money while enriching and empowering themselves. They and the globalists have hijacked our country. A few years ago you’d get laughed at and called a conspiracy nut if you mentioned the Bilderberg meeting. Now it’s out in the open and people are seeing the results of their meetings.   I like to watch sports myself–especially football and baseball. I’m watching it less and less nowadays though, because what’s happening in the country is too important. I’d rather draw protest cartoons such as this one before big government peels away my freedom of speech. If everyone started speaking out–and loudly–it will be more difficult for Big Guv to do that.