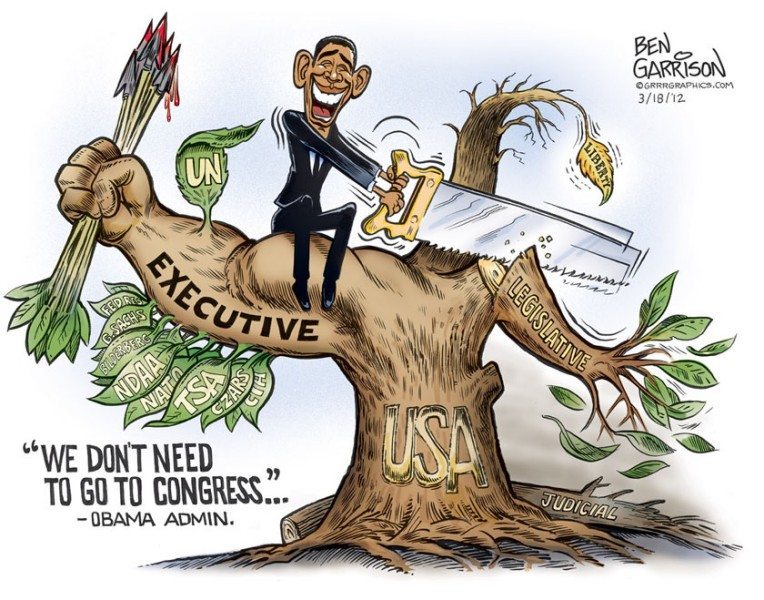 Secretary of Defense Panetta recently told Congress he doesn’t need their approval for war. This is, of course, grossly unconstitutional. Indeed, it is blatant treason. Our military shouldn’t be going to war all around the globe for the benefit of the ‘international community.’ In essence, the Obama administration has announced that it follows the United Nations and the global elite bankers–not Congress or the American voters. Not surprisingly, this has not been mentioned much in the mainstream media.
The American republic is like a tree planted in the soil of limited government. Our founding fathers wisely set up checks and balances to keep one branch from seizing power. Now Obama has crossed the line. He doesn’t need Congress’ consent to attack anyone. It’s time for impeachment. Strike the root of tyranny.