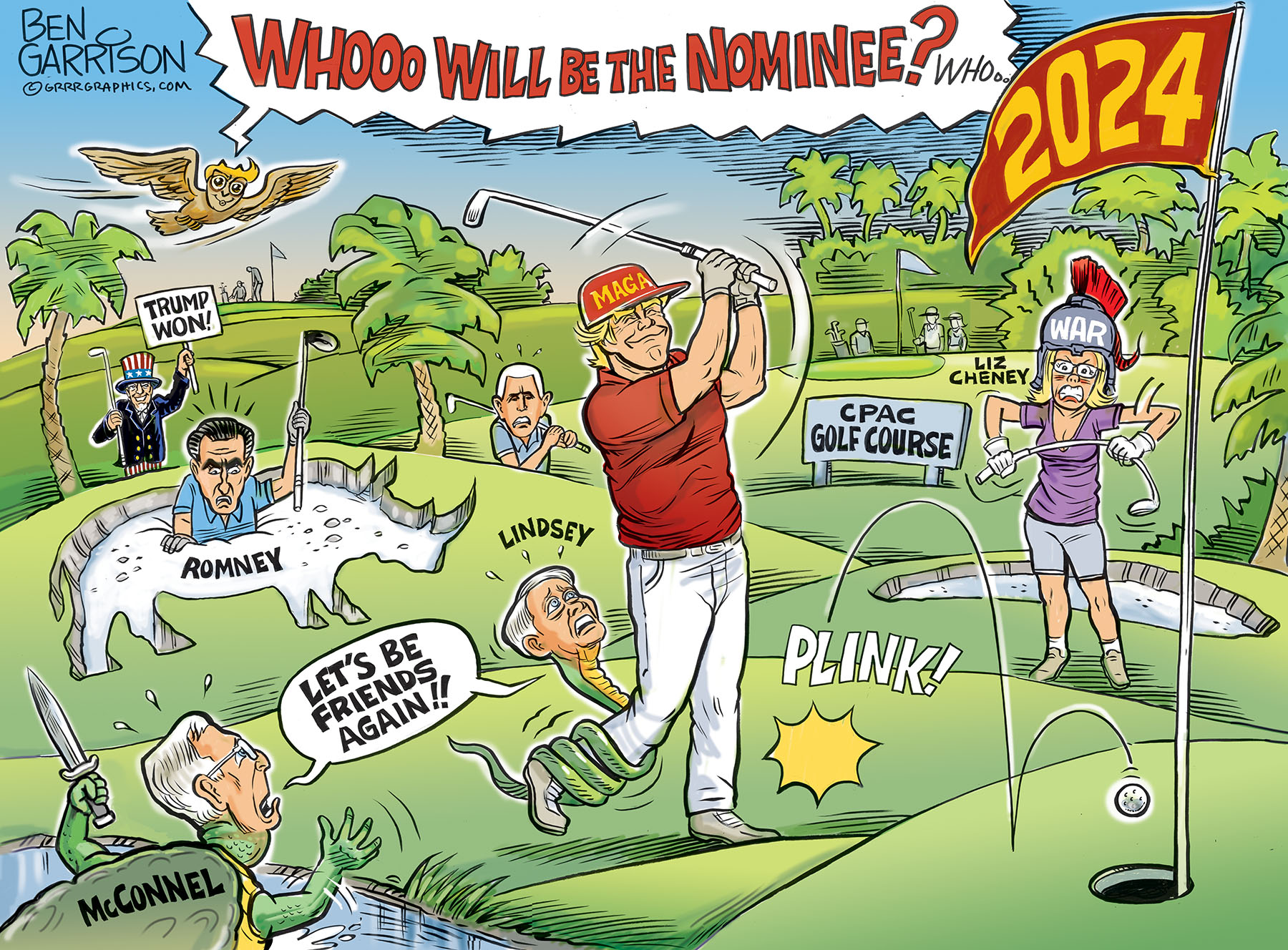 Trump Makes a “Hole in One” With CPAC Speech

The legitimate President, Donald J. Trump, made a triumphant return with his first public speech since the election was stolen.  The crowd was enthusiastic and chanted the now familiar “we love you” during the 90 minute speech.

Trump stated, he will not be starting a new party, he will be the face of the new Republican party with America first policies.

It is important to primary the back stabbing traitor RINOs and force them out of the GOP. New blood needs to flow into the GOP. Already many MAGA candidates have announced they will be challenging the RINOs in the coming primaries.

Trump has learned a hard lesson in his first term. The DC swamp is deep and dangerous and will turn on you in an instant. Like one of our former presidents once said, “If you want a friend in Washington, buy a dog”.

Lindsey Graham should not be trusted. Neither should back stabbing Mitch McConnell. They are like political weather vanes and will turn whichever way the political winds blow. Graham is DACA. Lindsey Graham is the Chairman of the Judiciary Committee that spent four years promising to prosecute people like Comey, Brennan, Clapper, Page, Strozk.  He never did it.  He is a swamp critter and should be treated as such.

Mitch McConnell trashed Trump recently about the false flag set up at the capital on January 6th. Mitch then said he would support Trump in 2024. The turtle is as two faced as they come and should be called out and kept on his back with his turtle legs waving in the air.

Mitt Romney came to Trump looking for a job as Secretary of State, when he was refused, Mittens became vocal in his attacks on the President. Never forget Romney voted to impeach the President.

Warmonger Liz Cheney is also reaping the sorrows of the “Trump Curse”. Cheney was censored in her state of Wyoming and people are falling all over themselves to primary her.

Last and least, Mike “Judas” Pence. Pence destroyed his political career in one back stabbing move. Pence could not get elected dog catcher now. He rolled over for the Deep State and let the rigged election stand. What does the Deep State have on Pence? Inquiring minds want to know.

President Trump is back. He looked rested and he even looked like he had lost weight. Get ready as the “best is yet to come”.

Our legitimate  President is ready to rumble!