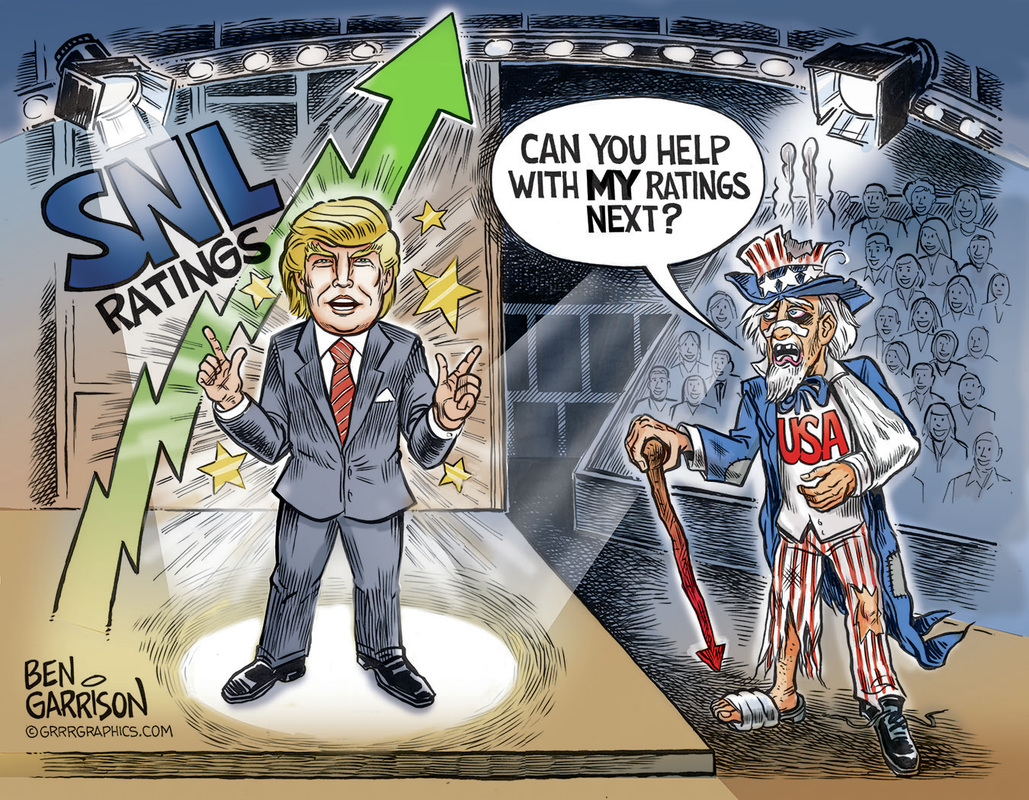 I had a poll on twitter and guess who won.. “Trump Rocks SNL ratings!”
People may say I’m drawing too many Trump cartoons and they’re probably right. He’s fun to draw. He’s not an establishment candidate. He doesn’t constantly spin, triangulate and attempt to be ‘politically correct.’
We don’t need presidential dynasties. The Bushes and Clintons are criminals. They don’t deserve to be back in the White House. Most Americans are fed up with them and want a president who will actually look after America’s best interests—not the best interests of the central bankers, the globalists and the UN.
Trump at least is saying things Americans want to hear. Protecting borders. Bringing back jobs. Speaking out against the stultifying political correctness. It was easy for Trump to boost SNL’s sagging ratings. After all, Trump is an old-hand when it comes to television shows. Like Ronald Regan, he has stage presence. If he does become president, he’ll have a much more difficult job. That is, boosting the ratings of a debt-ridden, demoralized and divided country. If you would like to support my cartoons please become a patron of the arts here: https://www.patreon.com/grrrgraphics
—Ben Garrison