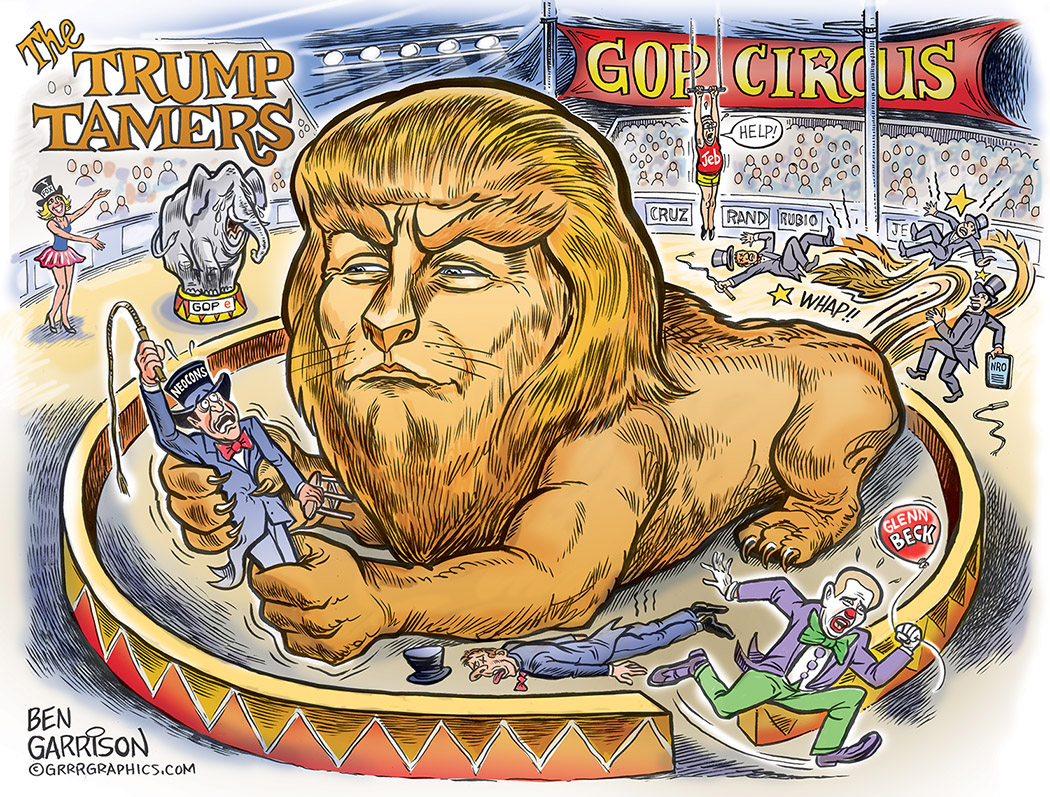 l remember watching a debate in which McCain couldn’t help but laugh at Ron Paul. McCain’s contemptuousness made me very angry, but he was low in the polls and I didn’t think he had much of a chance. I was wrong. McCain was smug because he knew it was in the bag. The Rove-led neocons who controlled the GOP made sure ‘their guy’ began winning primaries. They rigged elections to make sure Ron Paul didn’t win.

Now they want to do the same against Trump and they are failing. Their men, Jeb and Rubio, aren’t faring well. It remains to be seen if they can again steal primaries from their smoke-filled back rooms. There are a lot of people like me who are fed up with the Clinton and Bush machines. The donkey and elephant clichés now have competition: A lion.