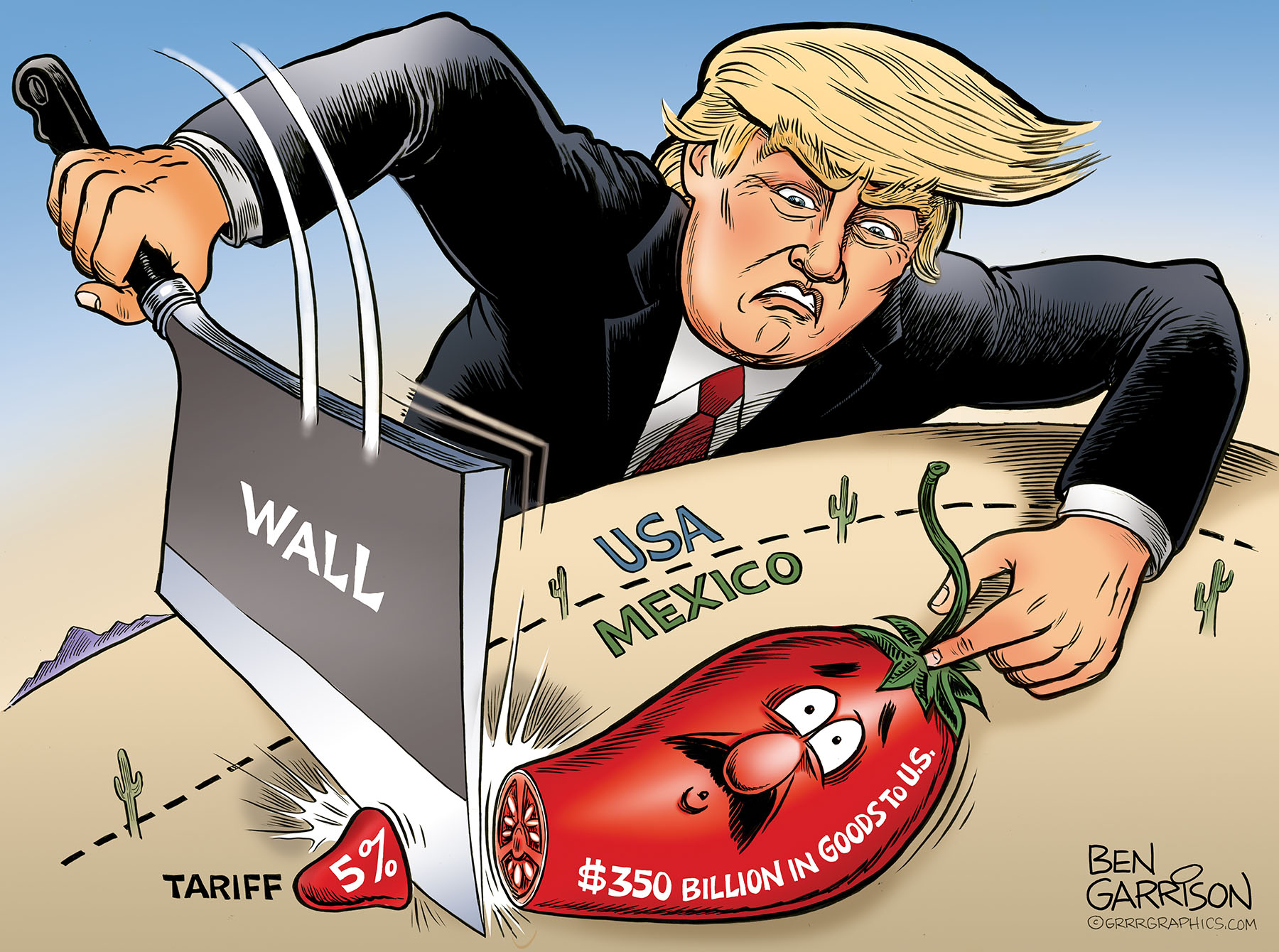 We finally have a president who is willing to stand up to China and Mexico. Trump’s tariffs are well justified.

For far too long, the Communist Chinese tyrants took advantage of our country at every turn, thanks to the Clintons, both Bush presidents, and Obama.

Congress has been complicit. Large campaign donations from China were involved.

Now it’s Mexico’s turn. Also for far too long, the corrupt, quasi-narco state of Mexico has allowed a free flow of drugs across our southern border along with tens of millions of illegal aliens–Mexican and otherwise.  Congress has been complicit and possibly bribed to allow this.

President Trump’s campaign cornerstone was the wall. Very little of it has been built because Congress (including some Republicans) just won’t go along. The Democrats subscribe to Merkel’s multilateral globalism. Soros and Merkel helped flood Europe with multi races, multi religions, and multi-cultural diversity. As a result, there has been a nationalist uprising due to the rising crime rates. Merkel hates nationalism and walls. She said as much during a speech at Harvard—that vile institution that keeps our country well plied with globalist functionaries.

Trump claims to be a nationalist. That’s a good thing. ‘America first’ is a good thing. There’s nothing wrong with making America great again. The left hates this—they hate America and have never thought it was great, nor do they want to see Trump succeed. They want America’s destruction. They want America to become another socialist hellhole. They want to focus on bunk such as the costly ‘climate change’ as well as ‘diversity’ and ‘equality.’

The stock market looks crashy as a result of Trump’s tactic, but that’s just too bad. Avocados may become pricier. Also boo hoo, too bad. Nobody said there wouldn’t be pain involved.

It’s necessary to stop the Republic’s downfall, which will be a lot more painful.

The Mexicans, Guatemalans, Hondurans, and every other young Tom, Dick and José come here waving their own flags.

At Amazon Best Sellers in Lawn and Garden

They’re not going to help America become great again. They’re coming here to replace American culture with their own.

They’re conquerors out to take advantage of our egalitarianism, which they must see as weakness. (It is weakness). The invaders won’t appreciate the free stuff they receive. As stated in the movie, Starship Troopers, “Something given has no basis in value!”

To me, that means if it’s not earned, it’s not appreciated. They need to earn citizenship like the legal immigrants do.

The latter want to become Americans and to do so they must learn our language, our customs, our Constitution, and our heritage. If they’re much more proud of their own countries and culture than America, then that’s fine.

Becoming an American citizen should not be as easy as stepping over a border illegally.

China and Mexico are not, and never have been our friends. Trump is doing the right thing.

Ben Garrison Original TRUMP ART now available- own your piece of America History!  Trump Art is High in Demand- one of a kind.  Reserve your Original Ben Garrison Today! Click and purchase 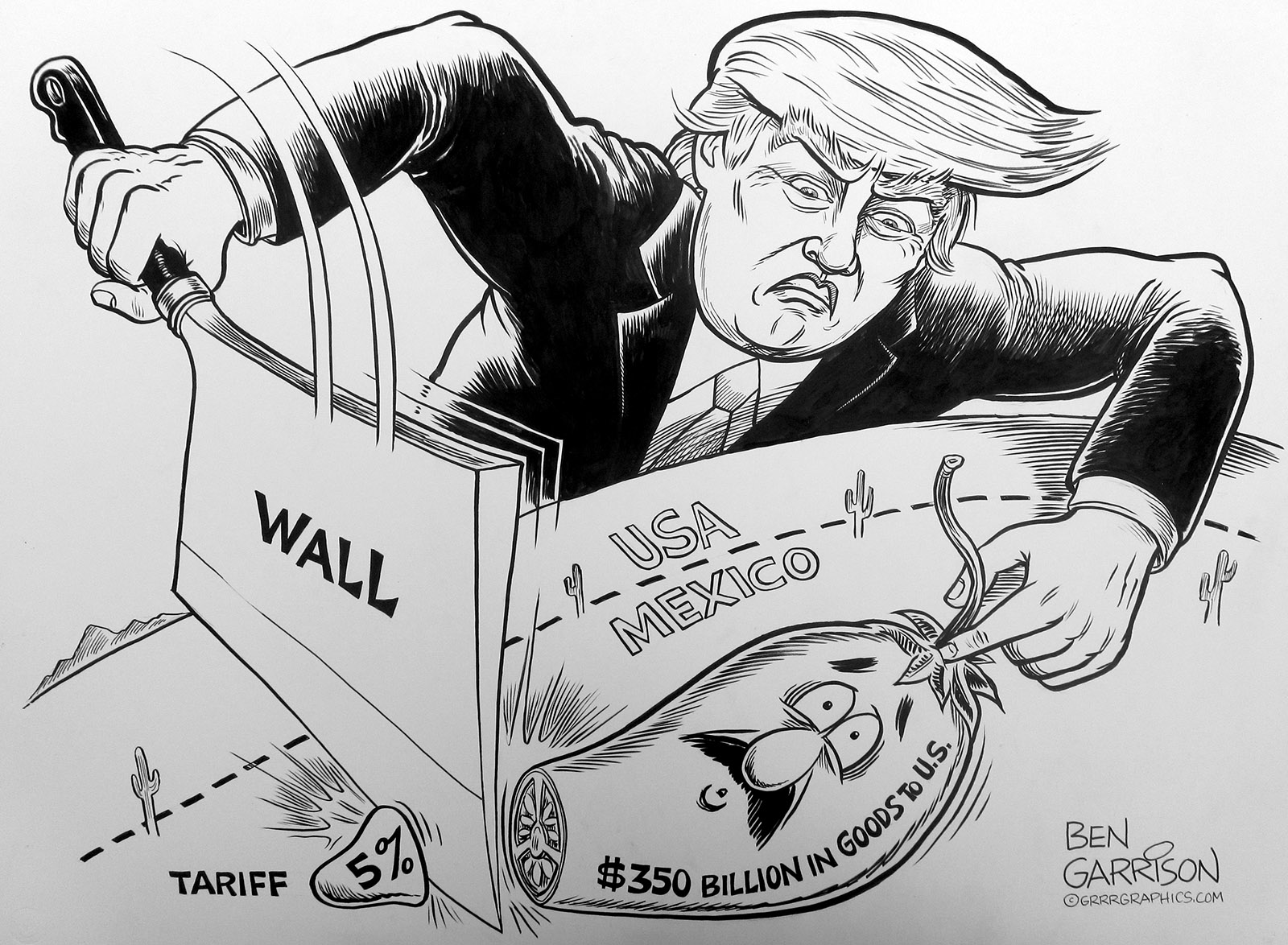