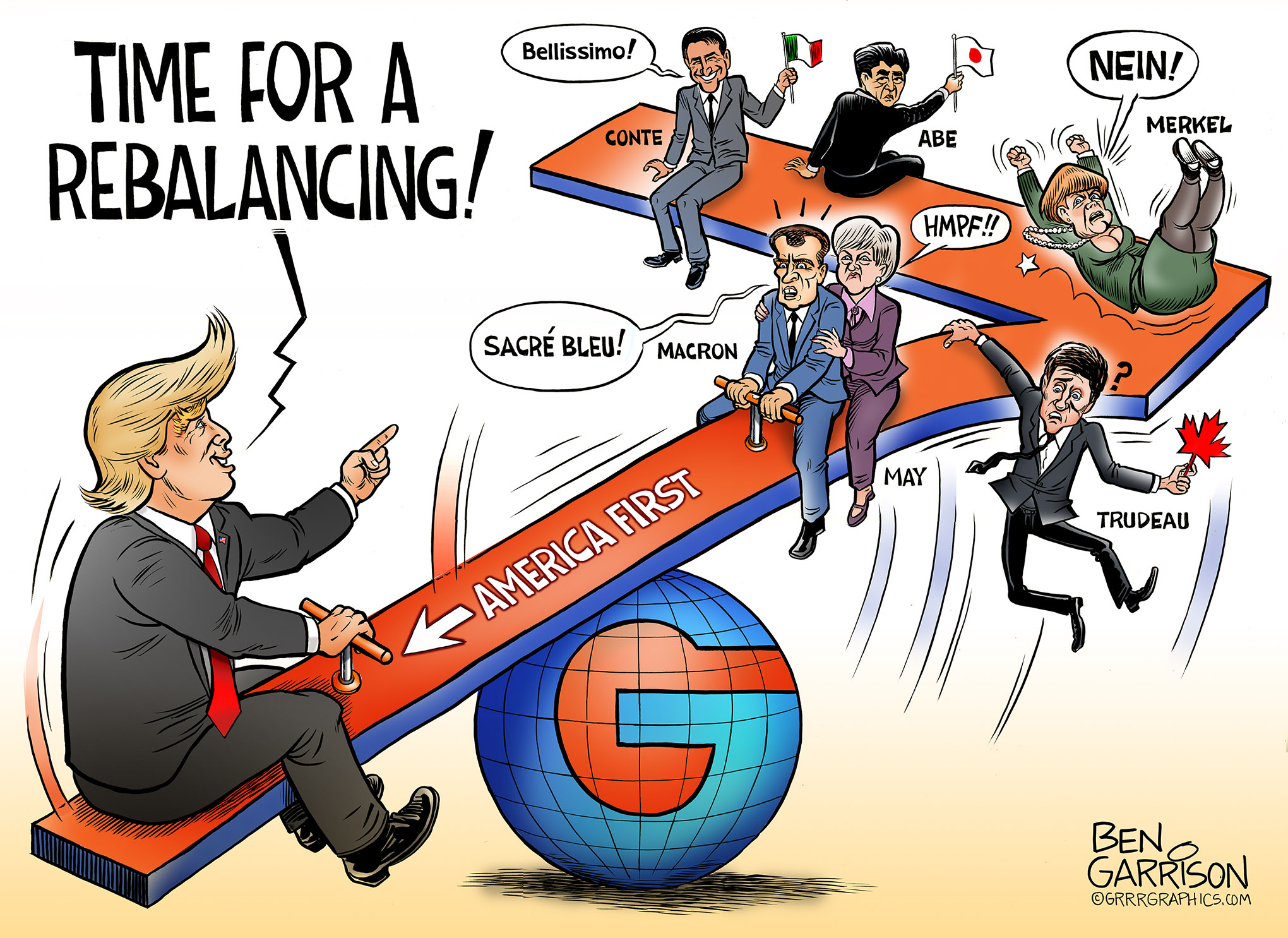 The US has been taken advantage of in terms of trade for too long. We’re the chumps—generous saps that are expected to bend over and cave in to unfair trade deals every time.

Trump wants to straighten that out,  (and find Justin Trudeau’s wayward eyebrow).

Trump doesn’t blame the current leaders of other countries—he blames our past leaders, especially the bowing Obama, who did his best to deliver terrible deals for America.

America is neither the world’s policeman nor its Piggy bank. World War II saw us bail out a great many countries in Europe and for too long we’ve maintained costly military bases to protect our allies while also giving them great trade deals to help keep them prosperous. It’s time for some payback.

The New World Order doesn’t want this. They despise ‘America First’ and nationalism. They want their EU protected and America weakened. They want globalism and a one-world government. They don’t want what they label as ‘populism.’ They want to break down western civilization via socialism and endless immigration to destroy economies and cultures. In its wake, it will be easier to establish their new world order. It will be a form of neo-feudalism with a very few controlling a mostly impoverished and weak mass of humanity. A few masters controlling billions of slaves.

Most of the globalist leaders at the summit oppose Trump, but there is one exception. Italy’s new Prime Minister, Giuseppe Conte, disagrees with the EU’s immigration policy and he agreed with Trump that Russia should be admitted to future summits, thus making it the G8.

Now it’s on to Singapore for a historic meeting with Kim Jong-Un. Let’s hope it’s another success for Trump.

Join the ToonTroops at Patreon- get first look of all new cartoons!