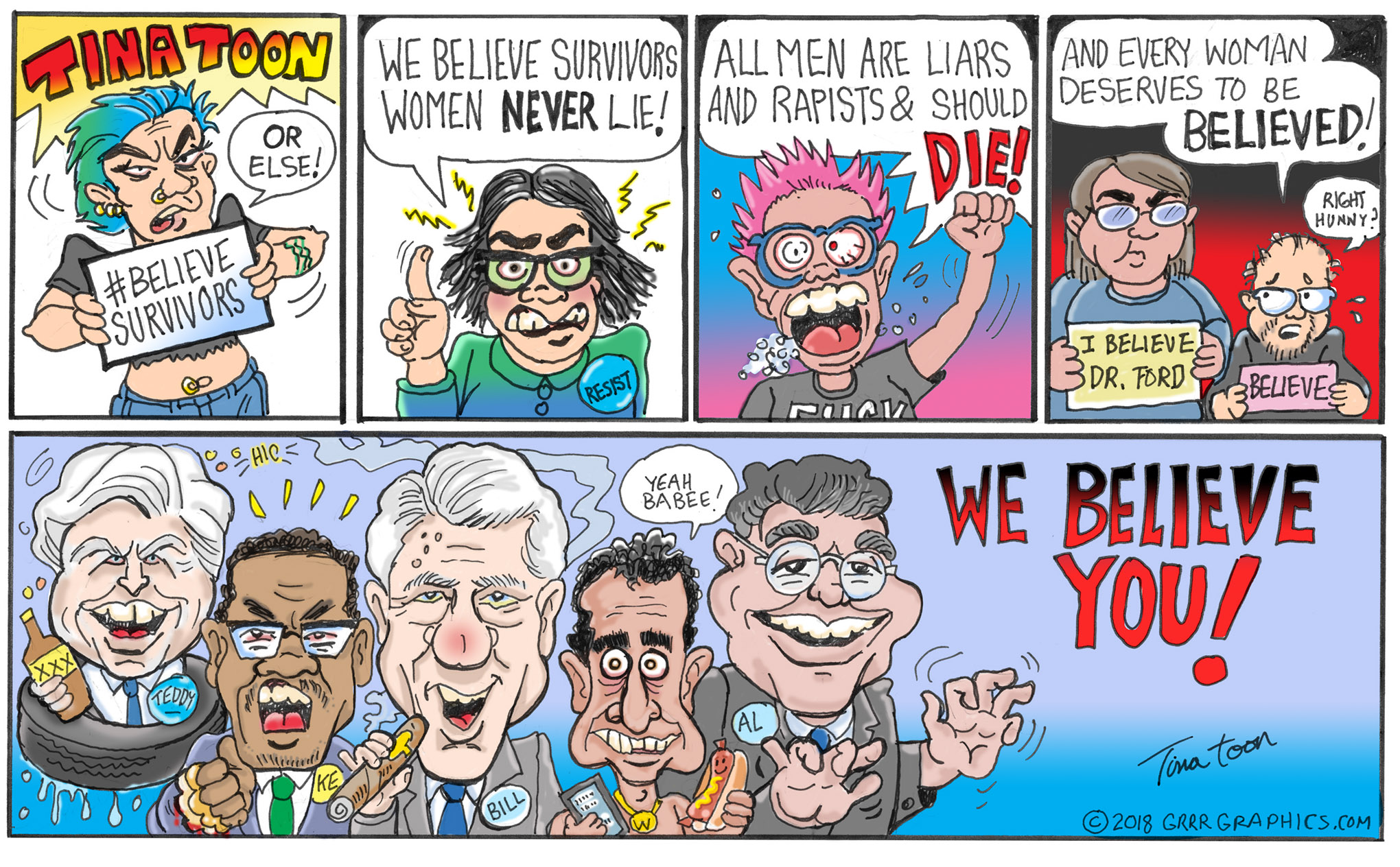 Justin Fairfax was a John Kerry staffer in 2004, and won an election in 2017 in an East Coast state. Now, he is poised to become governor of Virginia if racist Ralph Northam resigns as Democratic leaders and his own state party demand.  A California woman accusing Virginia Lt. Gov. Justin Fairfax of sexual assault has hired Christine Blasey Ford’s legal team and is consulting with them about next steps, according to a source close to the legal team,” said NPR correspondent Sarah McCammon.

Will the Media and Left start screeching “Believe All Women”? Nope, he’s a Democrat and gets a pass!

The left virtue signals about sexual abuse survivors MUST be heard and believed yet Keith Ellison’s girlfriend who has actual police reports and medical records to back up her claim of physical abuse by Ellison, is isolated and ignored by the Democrats.

Senator “Teddy” Kennedy, who was worshiped and revered by Democrats as the “Lion of the Senate” because of the “Kennedy” name, has a long history of sexual harassment and murder. The Lion of the Senate left a young woman to die in a sunken car in Chappaquiddick. Was Mary Jo Kopechne last words “Me Too”?

And of course, the Rapist in Chief, Bill Clinton. I guess it depends on what your definition of “is” is, whether he raped or not.

Anthony Wiener, now there’s a troubled soul. Weiner pled guilty to a sexting charge of transferring obscene material to a minor, and was required to permanently register as a sex offender.

Hey it’s a Joke! But I guess the “joke” wasn’t funny enough and washed up comedian Al Franken had to resign from the Senate because of his “grabby hands”.

The desperate unhinged left, and their progressive sheep, liberal women, have turned their “Hillary Lost OMG!” wrath against President Trump and his nominee for the Supreme Court, Brett Kavanaugh.

Senator Feinstein and the rest of the Democrats are throwing everything and the kitchen sink to destroy Kavanaugh.

These are smears, pure and simple. And they debase our public discourse. But they are also a
threat to any man or woman who wishes to serve our country. Such grotesque and obvious
character assassination—if allowed to succeed—will dissuade competent and good people of all
political persuasions from service.

As I told the Committee during my hearing, a federal judge must be independent, not swayed by
public or political pressure. That is the kind of judge I will always be. I will not be intimidated into withdrawing from this process. The coordinated effort to destroy my good name will not drive me out. The vile threats of violence against my family will not drive me out. The last-minute character assassination will not succeed.

The Left has only one objective. Get Trump, and do anything to anyone who get’s in the way.

Meanwhile Ted Cruz and his wife were chased out of a DC restaurant by radical Kavanaugh protesters chanting “We Believe Survivors”.

The virtue signaling Left needs to change their slogan to “We believe every survivor unless  they are raped by Bill Clinton, beaten by Keith Ellison, groped by Al Franken, harassed by Anthony Wiener or killed by Ted Kennedy.”

The hypocrisy of Liberal women preaching BELIEVE WOMEN is stunning.

Share a Coffee (small pay pal donation) (wink wink) with Tina and Ben so they can stay awake and draw MAGA cartoons all night! Thank You!  Order You “coffee” here!