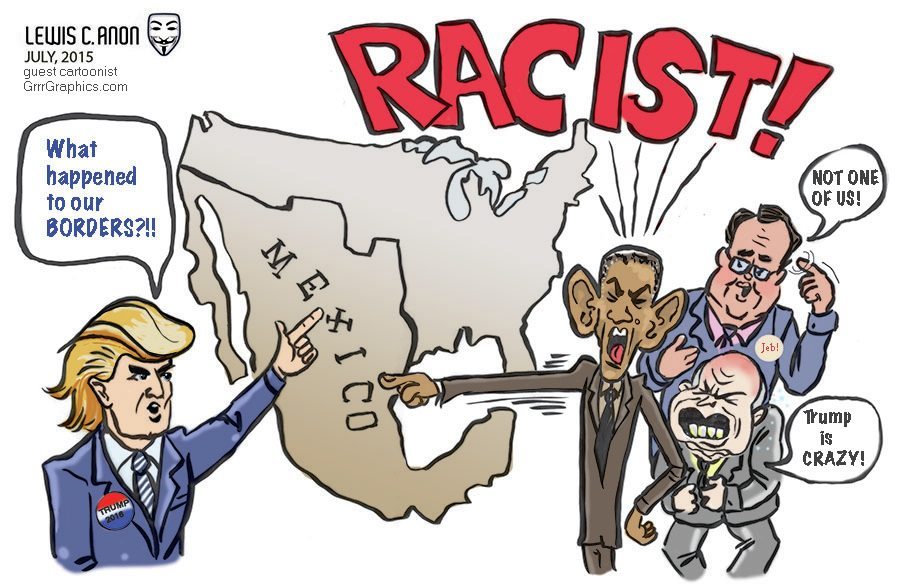 Since when did wanting a secure border make one ‘crazy?’ How can one be ‘racist’ when the president refuses to uphold his sworn duty to protect the border and the lives of American citizens? Even worse, the president has become a traitor who openly encourages illegal immigration. If one objects, they are scorned and ridiculed as being crazy. That’s what has happened to Trump.
Like Trump, we’re for legal immigration, but the government allows millions to freely cross the border illegally. The newcomers drive down wages and soak up free social services. Perhaps Obama and Big Government want them here. They need more people to move in and vote for more big government no matter what—as well as voting to take away more liberties such as the 2nd Amendment. These illegal immigrants can’t be deported from ‘sanctuary cities’ despite heinous crimes committed (the recent murder in San Francisco, which Obama ignored). American citizens are treated like terrorists and when we complain we’re called racist.
That’s what’s crazy!

Thanks to our guest cartoonist