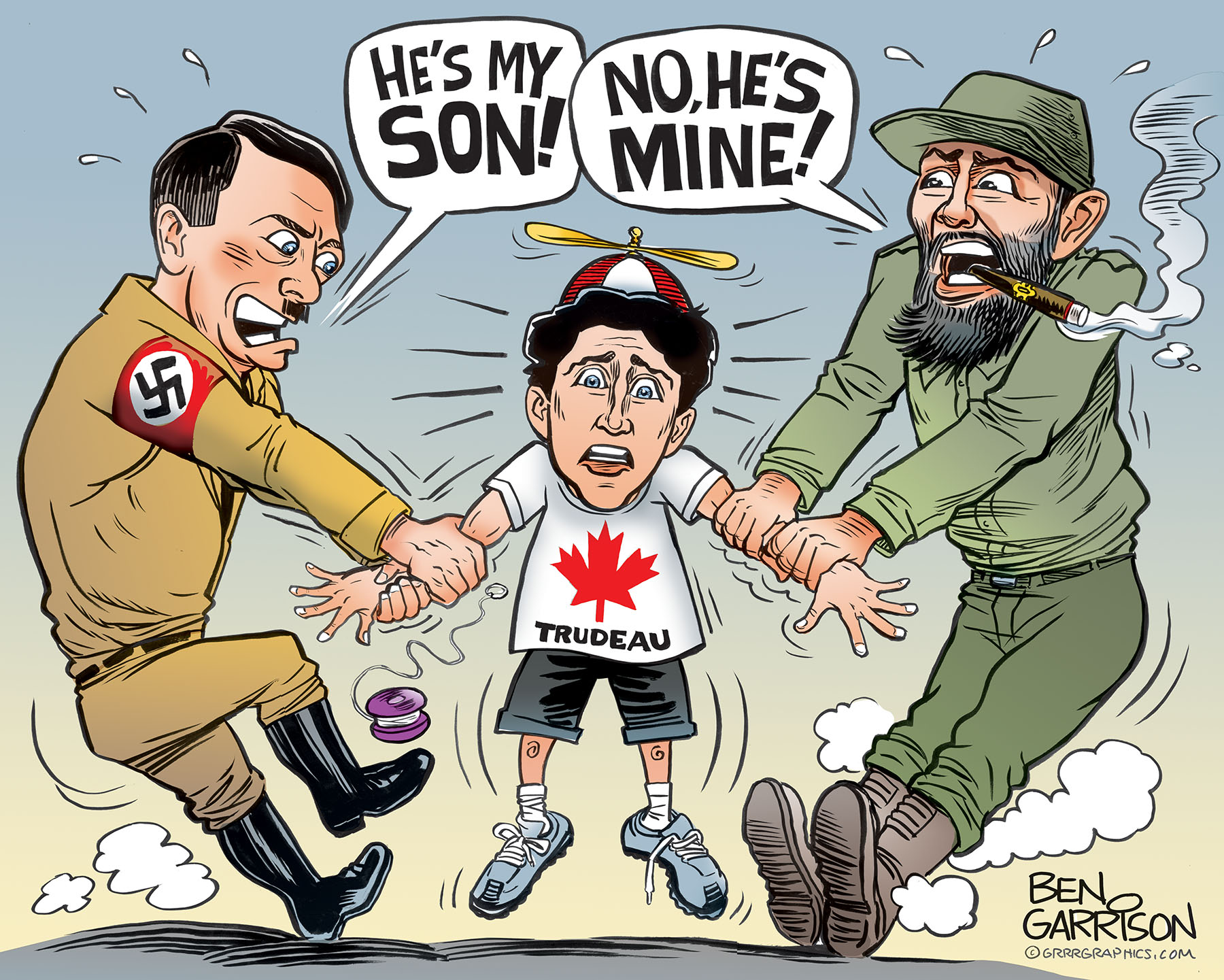 By invoking the “Emergencies Act,’ Trudeau has declared martial law. Now he’s free to do whatever he likes to end the peaceful trucker protest. Trudeau does not need to follow the law because now he IS the law. The media machine that backs him with propaganda has announced that ‘freedom’ is a buzzword used by terrorists and racist white supremacists.

When corporations merge with the government, it is fascism. Trudeau has enlisted banks, without due process, to freeze the accounts of truckers and anyone who supports them. In other words, Trudeau is using banks to go after his political enemies. He is taking away their livelihoods and their liberty.

Canadians should start taking their money out of the banks.

He can arrest anyone he likes.

Hitler would be proud. Castro would be even more proud. After all, Justin is his biological son.

The evidence is concrete and Justin looks just like the Cuban dictator. Look for Trudeau to begin locking people up. It’s in his DNA.

GrrrGraphics was de-platformed on Patreon- No Worries! We are on SubscribeStar, a Patreon alternative that is free speech friendly! Sign up to support Ben’s cartoons with a once a month donation! Click to view! See you thereTrudeau may find great resistance to his overreach. People accustomed to freedom don’t like it when it’s taken away. If Trudeau begins using force, he might end up facing his own ‘Ceaușescu moment.’

(Ceaușescu moment- Ceausescu was a communist dictator of Romania. He stood on the balcony addressing the people, when suddenly from below a chorus of “Down With The Tyrant!” began. The dictator is speechless, moving his lips noiselessly, then he disappears…)