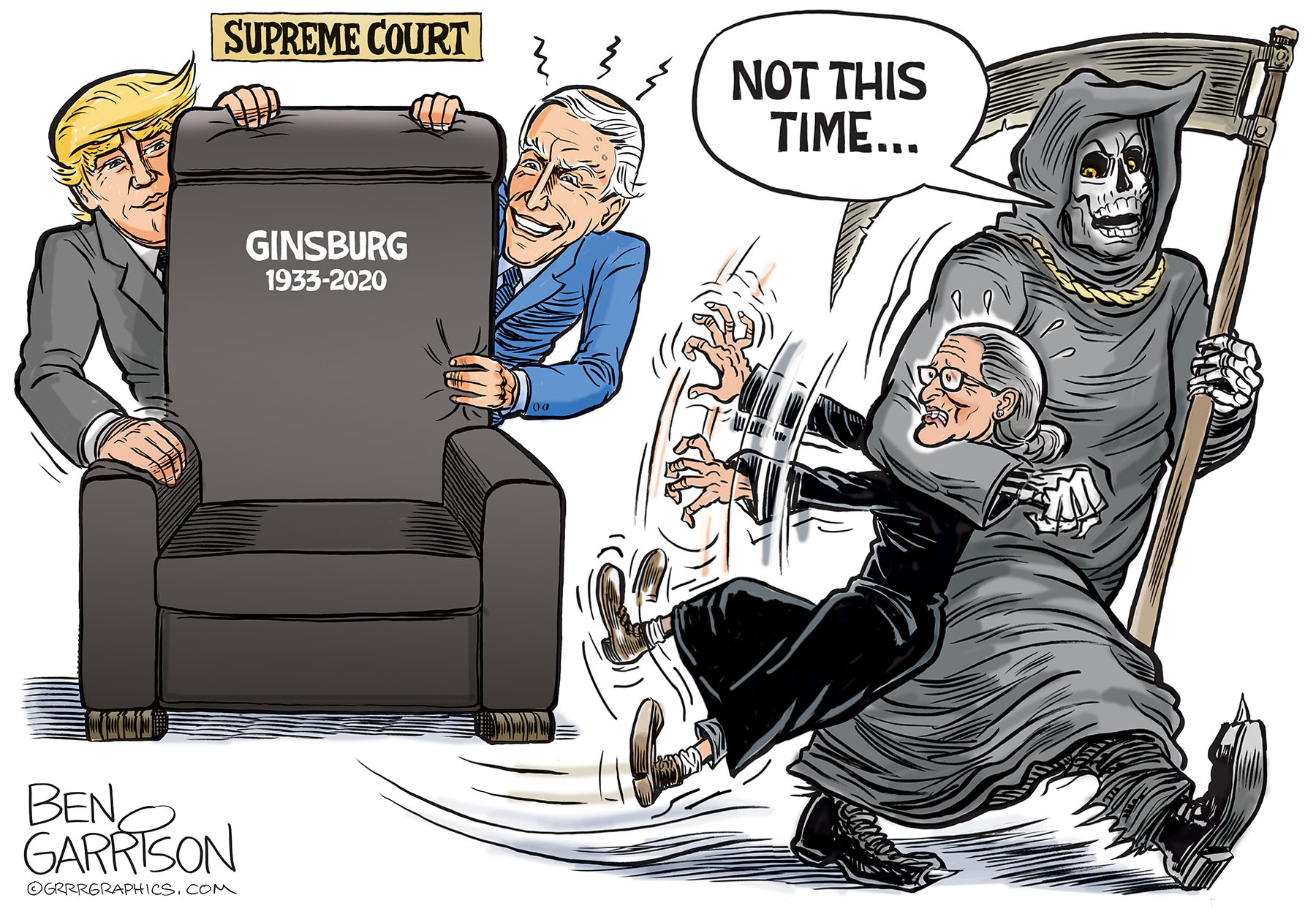 Supreme Court Justice Ruth Bader Ginsburg is dead. I have to hand it to her—she was a very tough little old lady. As Trump said, “She had an amazing life.” That’s one way of putting it.

She beat various forms of cancer and escaped death over and over again. Perhaps because she had a reason to keep living. Not just for the power she had as a member of the highest court in the land, but also because she had a great dislike for President Trump. She had hoped to hang on until Biden got elected. The question is, why didn’t she retire during Obama’s term so she could be replaced by an another far-left liberal? Probably because she, like many of her fellow experts, expected Hillary to win easily.

While many are paying their respects to the feminist Ginsburg who fought for equality, we must bear in mind that she also supported taxpayer-funded abortion on demand. She wanted to take our guns. She saw the 2nd Amendment as being obsolete. She said the Constitution was an ‘antiquated document.’ Instead of interpreting the Constitution, she held it in contempt.

Now that Ginsburg is dead, we are in for an inevitable rollercoaster ride in the form of a Senate confirmation battle. Most likely we’ll see massive protests if Trump’s replacement is confirmed ahead of the election, but it’s important that we have a fully-stocked court to make important decisions on said election. After all, the Democrats and especially Hillary want to contest the election regardless of the result.

Thank you for the support- We couldn’t do this without you!