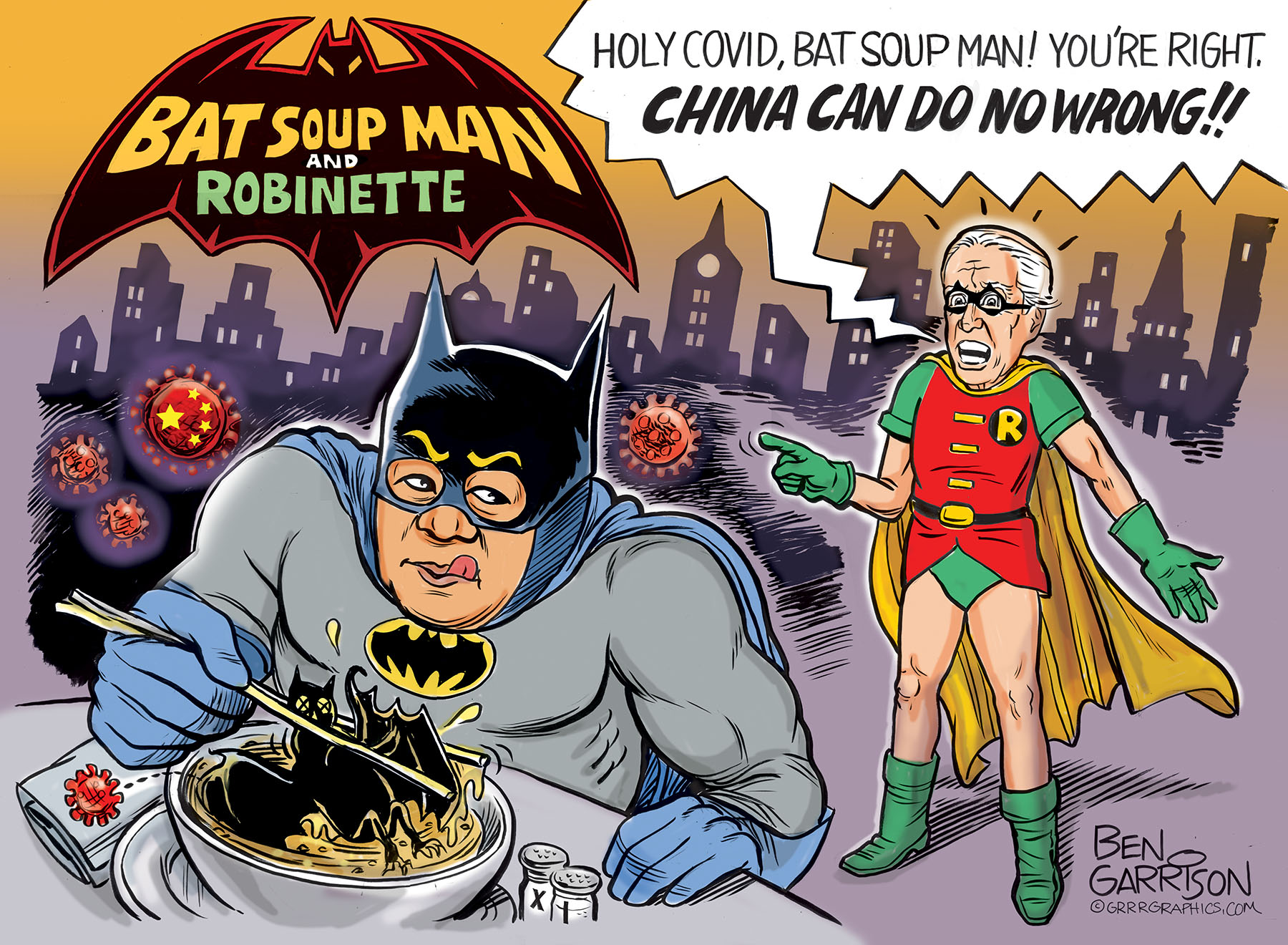 Joseph Robinette Biden loves communist China. President Trump stood up to Chinese. Beijing Biden does their bidding. The Democrats hounded Trump with a fake Russia collusion narrative. Doesn’t China Joe deserve the same treatment? I want to hear the mainstream media shout, ‘China China China!’ and demand Biden’s impeachment. Of course, that will never happen. Joe’s conduct toward China would have triggered an avalanche of outrage from the mainstream media and set off alarm bells from congressional leaders and the Department of Justice had Trump done similar things with Russia.

Imagine if one of Trump’s sons accompanied him on the taxpayer dime to visit Russia and then that son cut a billion dollar deal with Putin’s operatives. well, we’d never hear the end of it. Yet Biden’s son Hunter did exactly that in China and the Democrats and their mainstream media are rendered quiescent.

Beijing Biden is fine with China siphoning off wealth from slave labor both in China and in Africa. He said exploiting people is merely a ‘different cultural norm.’ Organ harvesting and the persecution of Falun Gong followers, Muslims, and Christians are fine with Joe.

China has gained influence over our government and culture. Hollywood will not make movies that are critical of the ChiComs. The NBA won’t dare criticize China. Eric Swalwell, Diane Feinstein, and who knows how many other Democrat politicians have been compromised by Chinese spies. Nothing was done about it. Swalwell even proudly crowed about bedding down a foreign spy.

China helped the Democrats steal the election. Nothing was done about it. Xi faced too much push back from Trump. Xi wanted Biden installed. Joe is Xi’s stooge, and yet we don’t hear a steady stream of outrage from the corporate media. That’s because the Democrats admire the Communist Party in China. They want the same setup here for themselves. That is, the Republicans and their followers become outlawed. They want Trump followers in particular hunted down and silenced. No more free speech. Gun confiscation. The Democrats want total domination and they’re on the way to achieving that because election rigging will become the norm—just like in any communist country.

It’s all as obvious as a ten cent comic book. Bat Soup Man leads his sidekick Robinette into violence against conservatives. Zing! Pow! Blam! Watch Xi and Joe as they set about destroying Gotham City—and America.